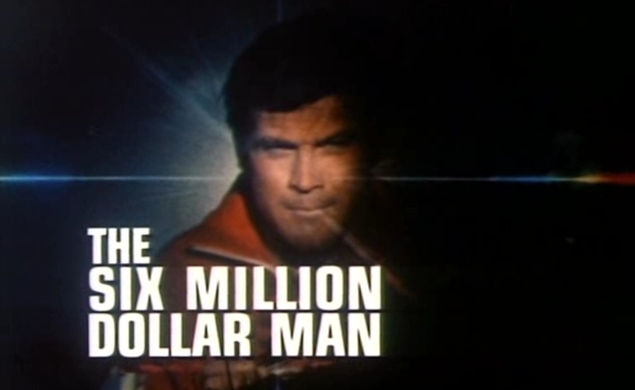 The Six Million Dollar Man: A television show. A creative property barely alive. Lone Survivor director Peter Berg can rebuild it. He has the budget. He can make it better than it was. Better, stronger, faster.

Yes, Deadline reports that the Weinstein Company’s Dimension label has signed Berg to direct an update of the zeitgeisty 1970s series about Steve Austin (not to be confused with the similarly-named stone cold wrestler or Texan patriot), a former astronaut who receives cybernetic implants after a brutal crash, becoming a literal ass-kicking machine in the employ of the U.S. government.

The film will move the popular show into the present day, beginning with the title: Adjusting for inflation, the film will be called The Six Billion Dollar Man. Presumably, the creators didn’t want their high-tech hero to sound like he could be exchanged for a particularly extravagant boat. Deadline also notes that the film is scheduled to begin production sometime in 2015, for a 2016 release.

The film will reunite Berg with his Lone Survivor star Mark Wahlberg, who will take up Steve Austin’s bionic legs, arm, and eye. If Berg and Wahlberg’s earlier collaboration is any indication, the film will trade the analog badassery of the television show for a glossy action sheen. While that may rub the many devotees of the original the wrong way, younger viewers could very well lap it up. Truly, unstoppable man-machine hybrids are the one force with enough emotional power to transcend generational divides and unite us all.