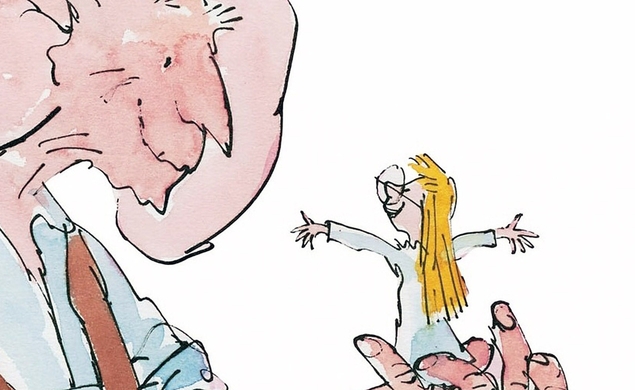 During this spookiest of weeks, the Roald Dahl film adaptation inspiring the most conversation is usually The Witches, Nicolas Roeg’s grotesque team-up with Jim Henson’s practical-effects alchemists. But today, Dahl’s name commands headlines for a decidedly nicer reason. Back in April, Steven Spielberg announced his intention to bring Dahl’s beloved children’s novel The BFG (that’s the Big Friendly Giant to the uninitiated) to the big friendly screen for a July 2016 release. Now he’s found the right actor to fill the BFG’s kayak-sized shoes.

English thespian Mark Rylance will bring his considerable talents to Spielberg’s film in the role of the good-natured behemoth—something of a departure for an actor that tends toward theater work or high chamber dramas like The Other Boleyn Girl. In addition to providing a chilling example of information’s rampant de-privatization in our digital age, a quick Google search reveals that Rylance stands at a pretty average 5 feet 8 inches, which raises the question of how Spielberg will gigantify his star. Spielberg has never shied away from elaborate special effects, so that’s a safe bet, though it’s also possible that he’ll make use of the same forced-perspective photography tricks that had Gandalf looming over the hobbits.

A relic from a far-off time in which all youth-oriented literature needn’t take place in a post-apocalyptic wasteland, The BFG tells the story of Sophie, a regular girl who joins forces with the titular colossus and the Queen Of England to save the good people of Earth from a band of man-eating giants. Here’s hoping Dahl’s fanciful sensibility remains intact in the new film; Dahl gave the evil giants such delectably evocative names as Fleshlumpeater and Gizzardgulper, and it’d be criminal to waste those.