The search is on for a female Wonder Woman director 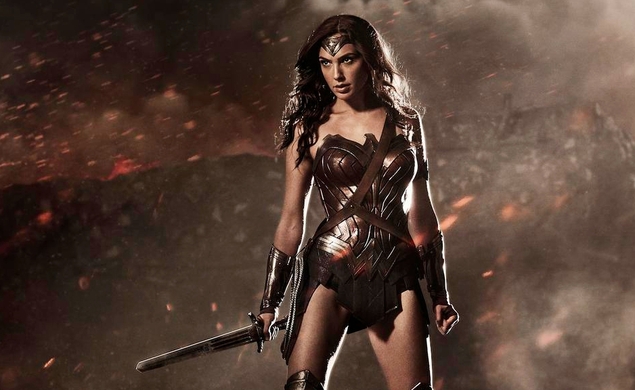 These days, superhero movies make up something like 79 percent of our economy, and that number is only going to go up with the upcoming releases of Avengers: Age Of Ultron and Batman V Superman: Dawn Of Justice, movies whose success is so essential to the functioning of our society that I would not be surprised if their opening days were declared national holidays and citizens were legally required to see them at least thrice. Honestly, if the makers of the Atlas Shrugged trilogy really wanted to update their narrative and connect with contemporary audiences, they would center on Marvel refusing to make more superhero movies and crippling our nation’s financial infrastructure in the process.

So far this massive wave of superhero movies has been suspiciously short on women in front of the camera, and completely devoid of them behind the camera. But that looks to change with the announcement that Warner Bros. will be finally be making a Wonder Woman movie. Former Miss Israel Gal Gadot, a veteran of the Fast & Furious franchise, will be introducing this incarnation of Wonder Woman in 2016’s Batman V. Superman, where she will star opposite Ben Affleck’s Batman and Henry Cavill’s Superman (there’s no word yet on who will play this mysterious “Dawn of Justice” woman) as a prelude to headlining her own Wonder Woman movie in 2017.

And now, according to The Hollywood Reporter, Warners is “seeking a female helmer for Gal Gadot’s Wonder Woman,” although that’s just about all it has to say about it. There aren’t too many prominent female directors in Hollywood with strong action backgrounds, though The Hurt Locker and Zero Dark Thirty director Kathryn Bigelow would seem to be a natural for this kind of project, both because she’s an Oscar-winning dynamo with a proven track record of orchestrating big-budget, complicated, and compelling films, and because she’s never been one to shy away from the ridiculous or more ephemeral side of film, as evidenced by her work on Point Break. She’s also shown an enduring interest in tough, complicated women operating in traditionally male realms, and few realms are more male-dominated than the world of superheroes.

So what do y’all think, what female directors would you like to see bring Wonder Woman to the big screen?