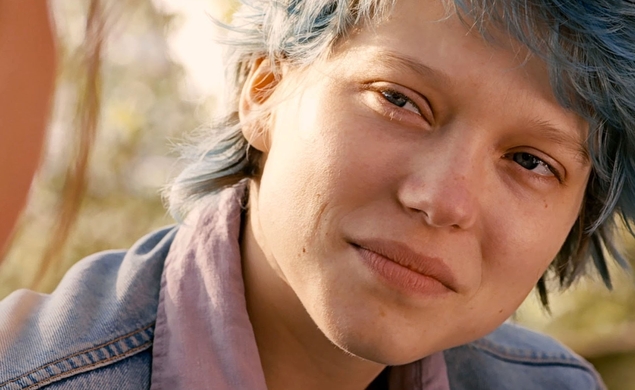 Rest assured, James Bond fans, it seems that Sam Mendes’ next entry into the spy canon will include at least one enduring element of the beloved franchise: a beautiful actress. James Bond films have consistently included assorted pretty faces for Bond to, um, pal around with, and it’s long been the norm that said pretty faces could quite easily be divided into “good” and “bad” camps (for reference: Dr. Christmas Jones is good, Elektra King is bad). Now the twenty-fourth film in the series has locked down its apparent bad girl, and she’s got a face you probably recognize (if a name you might not be able to pronounce—yet).

Baz Bamigboye over at The Daily Mail shares that Blue Is The Warmest Color star Lea Seydoux will co-star in the film. The specifics of the role have not yet been disclosed—just like so much of the film itself—but we do know that she is the official “femme fatale” of the feature. As Bamigboye tells it, “The Bond 24 storyline originally called for an actress of Scandinavian origin, but that idea was dropped for one with French ooh-la-la.” Question: Is “ooh-la-la” better or worse than “je ne sais quoi?” Both sound equally unidentifiable, but man, do those French words just roll off the tongue.

The role likely won’t be too much of a stretch for Seydoux, as she previously played a femme fatale in Mission: Impossible–Ghost Protocol, Hollywood’s other big spy franchise. Seydoux joins already attached stars Daniel Craig, Ralph Fiennes, Ben Whishaw, and Naomie Harris. The film will start rehearsals in November, with shooting kicking off immediately after. That means there’s still time to lock down a “good girl” for Seydoux to presumably try to kill. We’ve got quotas to fill here.