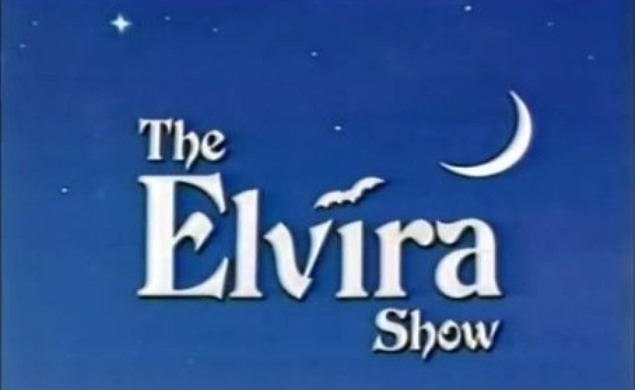 Cassandra Peterson, best known for her character “Elvira, Mistress Of The Dark,” is the rare performer who actually needed to tone down her shtick to make it palatable for a cornball traditional sitcom. Everything about Elvira is preposterously over-the-top: big cleavage, big eyes, big mugging, big hair, big dumb jokes, and big double entendres. Elvira perfected her shtick as a horror-movie host, and then as the star of the 1988 cult favorite Elvira: Mistress Of The Dark, before turning her attention to the world of sitcoms with the never-released pilot for her own 1993 sitcom, The Elvira Show.

The pilot never aired, but, like seemingly everything else in existence, found a permanent home on YouTube. The show finds Elvira setting up shop as a fortune teller in Manhattan, Kansas, presumably one step ahead of the kind of torch-wielding mobs that invariably pursue women of the witchy persuasion, like Elvira and her aunt Minerva (Katherine Helmond, essentially reprising her role from Who’s The Boss?). As Elvira frets, “I’m sick and tired of pulling up stakes just to avoid getting burned at one!”

The show wastes no time establishing the laws of its universe: Elvira and Minerva are witches, but their power is extremely limited (i.e. the kind that involve special effects you can pull off on a sitcom budget), and they can only do magic within the confines of their own home for fear of being caught. The pilot finds Elvira the subject of an undercover sting after a love potion lands an unlucky customer in the hospital. Consequently, the police send a strapping slab of beefcake named Chip to Elvira. This is ostensibly part of an undercover operation to trap Elvira, but really a means to engineer an endless series of crude double entendres. After Elvira accidentally freezes him, she frets, “He’s a policeman! What am I going to do with a big, stiff cop?”

Meanwhile, the witches receive an unexpected visitor in the form of Elvira’s niece. Elvira did not realize she had a niece, and when her heretofore unknown relative guilelessly enthuses, “I’m your niece!” Elvira predictably mishears her, and indignantly responds, “On my knees! I’m not getting on my knees for no Girl Scout!”

That’s indicative of the wordplay on display at The Elvira Show. A drinking game requiring players to take a shot every time Elvira alludes to her famous cleavage or makes a dirty half-pun would leave audiences blackout drunk within 10 minutes. The whole undercover-cop subplot, for example, feels unmistakably like an excuse for the top female cop to come in, guns blazing, and announce, “This is a bust!” so that Elvira can point to her cleavage and correct her, “No, this is a bust.” No one delivers a one-liner like, “Hey, opportunity only gives you knockers once” with the shameless, lascivious brio of Elvira, and fans of the character will find The Elvira Show full of the kind of campy humor they’ve come to know and tolerate.

The pilot plays like a smutty cross between Bewitched and Sabrina The Teenage Witch, right down to a sassy, vaguely effeminate talking cat named Reinfield, voiced by John Paragon, whose impressive resumé includes performing on Pee-wee’s Playhouse and co-writing Twin Sitters. Paragon co-wrote the teleplay for the pilot with Peterson and Anne Beatts, a famed comedy writer whose career stretches back to The National Lampoon, the golden age of Saturday Night Live, and Square Pegs, the latter of which she created.

The Elvira Show was clearly not the best use of Beatts’ talents, even though the pilot delivers exactly what it promises: boobs and sex jokes, but mostly boobs. I like Elvira a lot, and I imagine she would probably be comfortable with people laughing at, and with, her ill-fated sitcom pilot, but I can’t say I’m too bummed it was never picked up. Elvira’s shtick is fun, but this pilot alone seemed to push it further than it was meant to go.