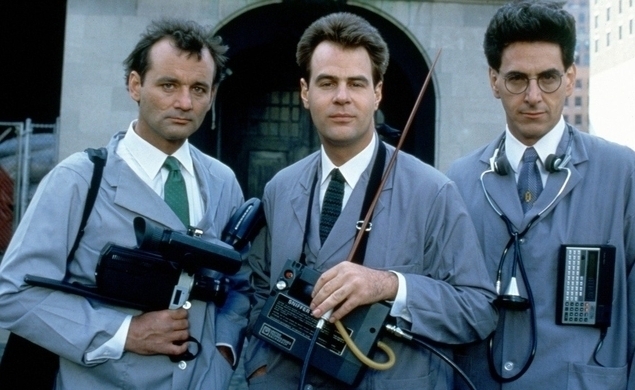 There’s been something strange in the Ghostbusters’ neighborhood for the past couple of months: silence. Other than Dan Aykroyd musing that Ghostbusters could become a Marvel-style cinematic universe for Sony (because there are definitely not enough of those in development in Hollywood right now), there’s been very little information about the state of the potential reboot of the franchise since reports back in early August that Paul Feig was in line to direct an all-female reinvention of the beloved ’80s series. Since then, nothing; the rumors have vanished like a full-torso vaporous apparation at the sight of a proton pack.

There’s finally an update on the project in today’s The Hollywood Reporter, which writes that Sony is bringing in Katie Dippold, the screenwriter of Feig’s previous film, The Heat, to work with him on the script for the Ghostbusters reboot. THR says that Dippold will be expected will be expeted to “buttress the female voice” in the script as it’s “rehauled” for the more womanly version of Ghostbusters. They also confirm that the project is considered less of a sequel than a reimagining; the new film would “no longer be connected to the earlier movies but now launch a new series.” (Prior concepts for the movie envisioned the old Ghostbusters training new recruits.) Meanwhile, Feig made his involvement in the sequel official with this tweet:

It's official. I'm making a new Ghostbusters & writing it with @katiedippold & yes, it will star hilarious women. That's who I'm gonna call.

I wasn’t the biggest fan of The Heat (I’m more of a Bridesmaids guy myself), but this concept is still the most intriguing one I’ve heard for a new Ghostbusters movie. And if Dippold’s hiring means it’s more likely that the film might attract talents like Melissa McCarthy (who starred in Bridesmaids and The Heat, and would make a strong Venkman, or an interesting against-type Egon), I’m all for it. The script’s important, obviously, but in this case, the casting is the real key.