What we know about Paul Thomas Anderson’s Inherent Vice 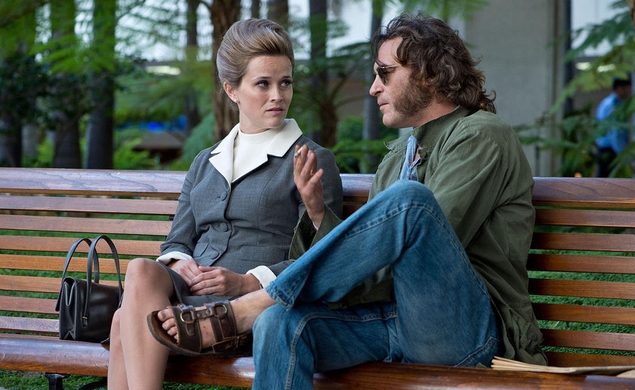 It’s easy for cinephiles to get worked up when Paul Thomas Anderson announces he’s making a new movie. When that movie is the first attempt at adapting cult novelist/eccentric recluse Thomas Pynchon’s writing for the screen, it’s hard to keep from frothing at the mouth. Over his six films, Anderson has gradually built a reputation as one of American cinema’s new masters, with no low points in his small filmography. As such, hungry film lovers have snapped up production details on the director’s upcoming Inherent Vice like rabid dogs do scraps, our ravenous appetites only teased and inflamed by the tidbits that have leaked prior to the film’s December 12 release. Mercifully, today’s Anderson profile in the New York Times provided the masses with a handful of new details for us to savor until the film hits theaters.

Inherent Vice follows constantly stoned detective Doc Sportello as he collects clues around the wilds of Southern California to get to the bottom of the disappearance of his ex’s new squeeze. The Dissolve’s constantly stoned news writers did some sleuthing of our own around the wilds of the Internet, and we’ve assembled the dossier below on all that is known about Anderson’s Inherent Vice, which appears to be the most hotly anticipated release remaining on the docket this year.

Hopefully this meager case file will be enough to momentarily fill the yawning void at the center of our collective being until Warner Bros. throws us a proper trailer.