Nathan Rabin vs. The IMDb Top 250: Pirates Of The Caribbean: The Curse Of The Black Pearl 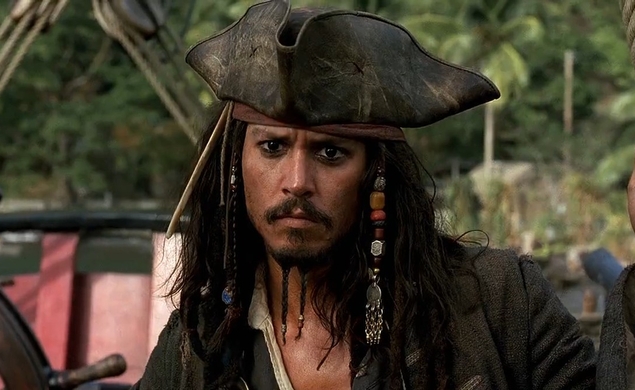 In Nathan Rabin vs. The IMDB Top 250, Nathan Rabin uses a random number generator to select one of the 250 best films of all time as chosen by the popular cinematic database, and then determines whether the individual ranking of any specific film seems high, low, or just right. First up:

Movie: Pirates Of The Caribbean: The Curse Of The Black Pearl
Director: Gore Verbinski
Year Of Release: 2003
IMDb Top 250 Ranking: #221

From the vantage point of 2014, it can be easy to forget how surprising the 2003 blockbuster Pirates Of The Caribbean: The Curse Of The Black Pearl was. Expectations for a Jerry Bruckheimer-produced big-budget adaptation of a theme-park ride were exceedingly low, and star Johnny Depp, an arthouse and critical favorite thanks to his oddball turns in movies like Dead Man and Fear And Loathing In Las Vegas, was a perverse choice to headline a big-budget, special effects-heavy family film produced by Disney.

Pirates Of The Caribbean had the element of surprise. Audiences and critics were shocked to the point the film is currently rated the 221st best film of all time on IMDB, grossed well over a half-billion dollars, won Depp his first Oscar nomination for Best Actor, and launched a multibillion dollar franchise. How does it hold up? Surprisingly well.

In the years since Pirates Of The Caribbean’s release, the notion of Johnny Depp starring in a blockbuster has gone from inspiring curiosity and anticipation to dispirited groans. But there’s a very good reason his off-kilter take on rascally pirate antihero Captain Jack Sparrow became instantly iconic: It’s an enormously fun and loopy performance that remains untainted by the decade of increasingly tired self-parody that followed.

Depp’s performance, like the film, benefits from a blessed lightness. Pirates Of The Caribbean: The Curse Of The Black Pearl is a rarity: a big-budget, special-effects-heavy blockbuster based on a familiar property that’s spry and light on its feet, a swashbuckling epic for the era of CGI. Depp deserves much of the credit for the film’s success, but not all of it. Keira Knightley makes for a spunky and distinctive heroine, and Geoffrey Rush is wonderfully theatrical in a scenery-chewing turn as the villainous ghost captain Barbossa.

Is Pirates Of The Caribbean: The Curse Of The Black Pearl the 221st best film ever made? Of course not, though it wouldn’t seem out of place on a list of the best blockbusters or the best adventure movies. (Needless to say, it would score even higher on lists of the best films produced by Jerry Bruckheimer and/or based on theme-park rides.) The franchise has taken on a lot of baggage over the course of three sequels (the last and least-well-received of which, 2011’s On Stranger Tides, grossed over a billion dollars worldwide), but revisiting the original is a welcome reminder that before he became a Halloween costume, Jack Sparrow was a great character in a very good film. While Pirates doesn’t belong on a definitive list of the 250 greatest films, it seems right for the IMDb Top 250, which obviously skews heavily toward popular favorite and big mainstream hits.