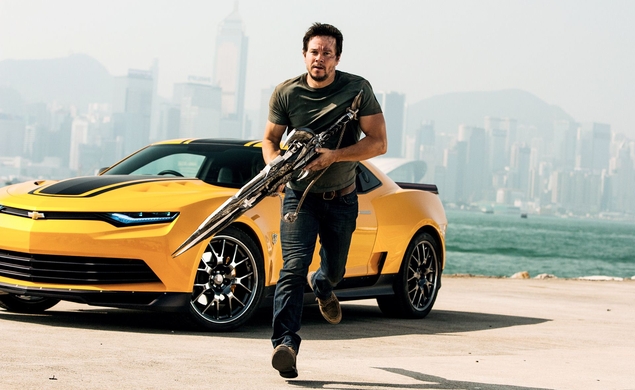 Last month, J.C. Chandor signed on to direct a feature film about the 2010 disaster aboard the Deepwater Horizon oil rig. The film, based on a New York Times article about the station’s final hours, is being developed by Participant Media and Summit Entertainment, from a script by World War Z’s Matthew Michael Carnahan. On paper, it sounds like something that would be right in Chandor’s wheelhouse. His two films to date, Margin Call, about the early stages of the 2008 financial collapse, and All Is Lost, about a man lost at sea, are about worlds in crisis, and how men and women react in the face of catastrophe. But the acting in these movies are key; Margin Call doesn’t work without Kevin Spacey and Jeremy Irons; All Is Lost is lost without Robert Redford grappling with his increasingly desperate situation.

Chandor is now casting the crucial lead role in Deepwater Horizon, and Deadline reports that Transformers: Age Of Extinction’s Mark Wahlberg is “in talks” to headline the disaster drama. Here’s how they describe his role and the larger arc of the film:

“Wahlberg will star as the No. 2 manager on the doomed oil rig in the story about what happened behind-the-scenes in the 48 hours leading up to and the day of the disaster. It revisits the acts of heroism that followed in trying to rescue men in the water, stories not known to the general public. The project is targeting a late spring/early summer start.”

Wahlberg’s track record isn’t perfect, but this part could be in his wheelhouse too. Wahlberg tends to excel at working-class stiffs with their backs against the wall (see We Own The Night, The Fighter, The Yards, The Perfect Storm, Three Kings, and others). He’s one of the few Hollywood actors who’s credible as both an average guy and an action hero. As long as Chandor doesn’t force him to talk about science or protect his teenage daughter from evil space robots, he could be a great fit for a grounded, intense thriller.