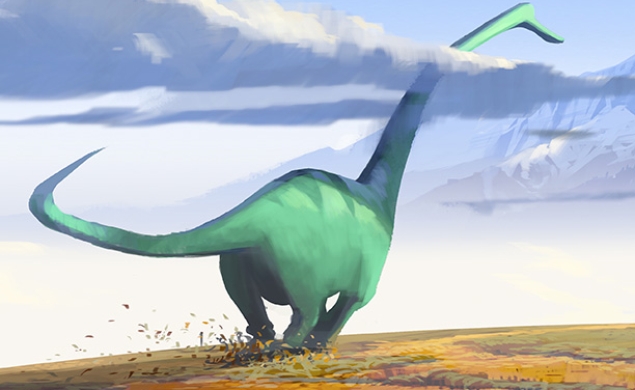 In the early days of DVD, Pixar was responsible for some of the best discs on the market, not just because the studio’s digitally generated images looked great in a digital medium, but because Pixar offered revealing behind-the-scenes glimpses of how it develops ideas over years of starts and restarts, always willing to make last minute changes for the sake of improving the story. That continued willingness to show how the sausage is made—coupled with a history of dropping directors in the middle of production—can sometimes make it look like a Pixar film is more troubled than it actually is. Some of the best Pixar pictures—like Ratatouille—have gone through radical revisions on their way to the big screen. Still, it’s been an unusually rocky stretch for Pixar over the past couple of years, with the release of some less-inspired films coinciding with the cancellation of Newt and the postponement of The Good Dinosaur (which was originally supposed to come out this summer but was bumped to November 2015 after the director was reassigned).

There may be some encouraging news on The Good Dinosaur front, though. Yesterday, Collider posted an excerpt of an interview with John Lithgow (currently promoting his new film Love Is Strange) in which he said he was scheduled to head back to Pixar soon to re-record his dialogue for the film. In the original version of The Good Dinosaur, Lithgow voiced the father of a family of dinosaurs—in a world where the dinosaurs never died off—whose teenage son goes on a quest, accompanied a scrappy human named Spot. Lithgow told Collider, “They have now dismantled it and completely reimagined it, and it is a fantastic new story. So I’m gonna record again on it within the next month. Don’t worry. It’s coming and it’s gonna be better than I ever imagined.”

No details have been released by Pixar about how the story has been changed, though clearly some of the original bones remain if Lithgow is still involved. Personally, I’m just looking forward to Pixar making original films again, instead of sequels. Between The Good Dinosaur and Inside Out (also due out next year), 2015 could be Pixar’s comeback year.