The Fifty Shades Of Grey trailer works out a few kinks 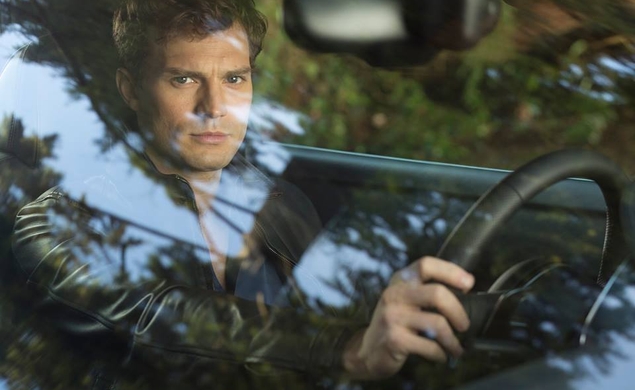 For some reason, watching the trailer for Fifty Shades Of Grey, the upcoming film version of the wildly popular best-selling novel about a BDSM relationship, reminded me of that great scene from Sullivan’s Travels where the studio executives try to get John Sullivan, a frustrated director, to commit to a new project. He wants to make art, they want him to sell out. “I want this picture to be a document!” he proclaims. “I want to hold a mirror up to life. I want this to be a picture of dignity! A true canvas of the suffering of humanity!” “But with a little sex in it,” one of the execs interjects. “But with a little sex in it,” Sullivan wearily agrees.

So here it is, a true canvas of the suffering of humanity (but with a little sex in it), in the first trailer for Fifty Shades Of Grey. The stars are Dakota Johnson (daughter of Don Johnson and Melanie Griffith) and Jamie Dornan (of Once Upon A Time and The Fall), who replaced Charlie Hunnam in the role of Christian Grey shortly before filming was set to begin:

The trail of the tape
Title: Fifty Shades Of Grey
Director: Sam Taylor-Johnson
Screenwriters: Kelly Marcel
Cast: Dakota Johnson, Jamie Dornan, Jennifer Ehle
Release date: February 13, 2015
Suggested alternate title: Sex! Lots Of Sex! So Much Sex!
The entire trailer in one line of dialogue: “Do you have any interests outside of work?”
The entire trailer in one screengrab:

“It’s so hard being a rich, handsome S&M guy that I wrote this very sad song about it. It’s called… ‘Urge.’”