“Basically every studio” in Hollywood turned down Hellboy 3 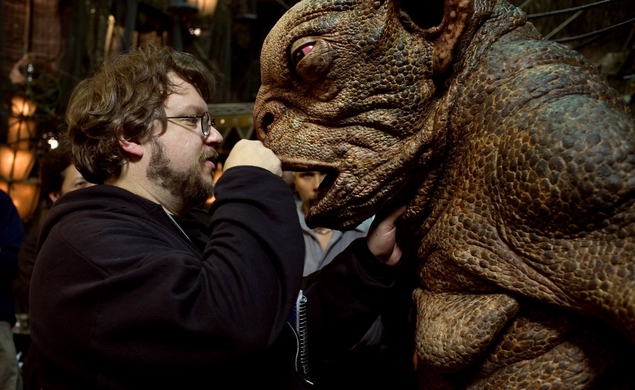 Noel Murray summed it up pretty well last week when he said that Guillermo del Toro’s “always inclined to answer whatever an interviewer asks him.” Whenever del Toro goes out to promote his latest project he invariably spills the beans on his next project—or projects, since the guy is always juggling several films and television shows (and comics and animated series) all at once. Basically, he’s Guillermo del Toroversharer.

Del Toro, then, is the ideal filmmaker for a Reddit AMA, because you really can ask him anything, and he’ll respond. Over the weekend, del Toro participated in one of the site’s Q&A sessions to promote his new television series The Strain, while also fielding plenty of queries about his other potential movies. One of the most interesting exchanges came when one user asked the director of Hellboy and Hellboy II: The Golden Army about the possibility of a Hellboy 3. In classic del Toroversharer fashion, GdT revealed his whole concept for the sequel:

“The idea for it was to have Hellboy finally come to terms with the fact that his destiny, his inevitable destiny, is to become the beast of the Apocalypse, and having him and Liz face the sort of, that part of his nature, and he has to do it, in order to be able to ironically vanquish the foe that he has to face in the 3rd film. He has to become the beast of the Apocalypse to be able to defend humanity, but at the same time he becomes a much darker being. It's a very interesting ending to the series, but I don't think it will happen.”

Unfortunately, the reason GdT was so eager to divulge his plan for Hellboy 3 was because the movie will almost certainly never be made. Del Toro went on to explain that he’d gone to “basically every studio” in Hollywood looking for financing on a third Hellboy “and they are not interested.” While Hellboy fans everywhere choked back tears, he continued:

“I think that the first movie made its budget back, and a little bit of profit, but then it was very very big on video and DVD. The story repeated itself with the second already, it made its money back at the box office, but a small margin of profit in the release of the theatrical print, but was very very big on DVD and video. Sadly now from a business point of view all the studios know is that you don't have that safety net of the DVD and video, so they view the project as dangerous. Creatively, I would love to make it. Creatively. But it is proven almost impossible to finance. Not from MY side, but from the studio side. If I was a multimillionaire, I would finance it myself, but I spend all my money on rubber monsters.”

This is discouraging for Hellboy fans, but the wider implications of this news are even more upsetting. The studios used to be able to rely on DVD and home video as a “safety net,” as del Toro puts it, to cover their butts when they took risks. Even if a movie didn’t break through in theaters, it could still be counted on to make lots of money on video. That’s how del Toro made Hellboy II; that’s how Mike Myers made Austin Powers: The Spy Who Shagged Me, and that’s how countless directors got their small, ambitious projects financed. With that revenue stream gone, the studios are even more cautious than before.

During his AMA, del Toro also gave an update on the reboot of Disney’s The Haunted Mansion that he’s been developing for several years. Apparently del Toro was back at Disneyland working with executives as recently as “2 weeks ago” but concedes that it is “a hard screenplay to crack.” After numerous drafts and “50-60 pieces of art” they still haven’t gotten to the point where the script is ready to film. “I have to believe,” del Toro said, “that Disney will make this movie as soon as we crack the screenplay, but until then we cannot tackle it.”