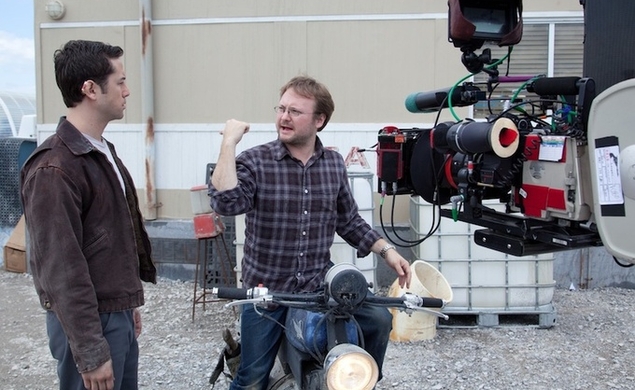 Well, this is awesome. Deadline reports that Lucasfilm and Disney are “making a deal” with Looper and Brick director Rian Johnson to write and direct Star Wars: Episode VIII and IX. The site says Johnson would take over the franchise from J.J. Abrams (who is currently directing Star Wars: Episode VII and dropping things on Harrison Ford) and would “get started quickly” on what would “be his preoccupation for quite a while.”

TheWrap has a slightly different report; their sources say Johnson will indeed write and direct Episode VIII, but that he will only write a treatment for Episode IX, and wouldn’t direct it. Even if Johnson is only directing Episode VIII, that still means Rian Johnson is directing a Star Wars movie. And he joins a roster of young directing talent that already includes Godzilla’s Gareth Edwards and Chronicle’s Josh Trank. It was already an impressive lineup, but in my opinion, Johnson’s the best of the bunch. Can we skip Episode VII and go straight to VIII?

Here’s what Johnson tweeted as the news of the deal started to break, which looks like a big ’ol confirmation to me: