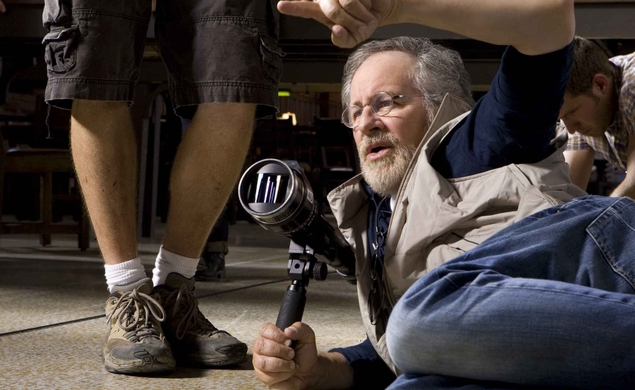 Steven Spielberg hasn’t directed a movie since 2012’s Lincoln, but that’s not for lack of options. He’s spent the last several years acquiring and developing a bunch of projects, including a big science-fiction movie called Robocalpyse and a film about the Aztec emperor Montezuma. Just last week it was reported that Spielberg was attached to an untitled Cold War thriller that could reunite him with Saving Private Ryan and Catch Me If You Can star Tom Hanks. And over the weekend, The Hollywood Reporter said Spielberg was also planning a live-action adaptation of the 1982 Roald Dahl book The BFG.

Those letters stand for “Big Friendly Giant,” who “befriends a young orphan girl.” The screenplay for the film is by Melissa Mathison, who also wrote E.T. The Extra-Terrestrial, the biggest film of Spielberg’s career (which also debuted, coincidentally enough, in 1982). DreamWorks has been developing The BFG for several years, and had previously considered directors John Madden and Christopher Columbus for the gig.

Though Spielberg’s attached to a lot of projects, THR claims that he has committed to making BFG next year, in time for a 2016 release date. “The question now,” they write, “is whether or not he fits in a smaller movie before then,” adding that the Cold War film with Hanks looks like the “likeliest candidate” for that slot. Dahl’s books have been adapted to the screen many times before, and produced popular hits like Willy Wonka & The Chocolate Factory and Fantastic Mr. Fox. The BFG was adapted once before, as a 1989 animated movie.