Holy crap, Marvel has its movies planned through 2028 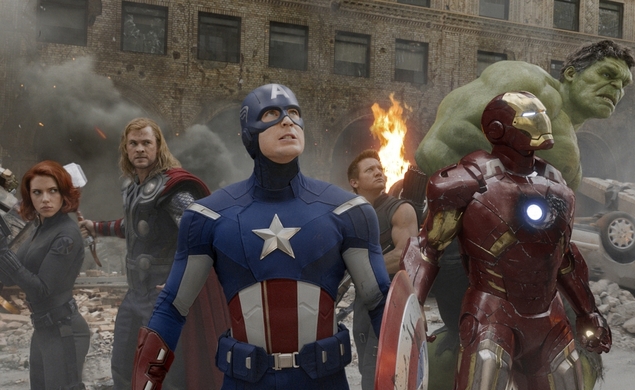 Benjamin Franklin said that “by failing to prepare, you are preparing to fail.” Franklin’s philosophy is an increasingly popular one in Hollywood, where studios are solidifying their slates of superhero tentpole pictures years in advance. Fox recently locked down their X-Men and Fantastic Four franchises through 2017, while Sony has planned their Spider-Man films (and their attendant spinoffs) out through 2018. Not to be outdone, the merry marching society over at Marvel Studios, who really wrote the book on Ben Franklin-style OCD film planning, have reportedly got their upcoming lineup planned into the next decade. And I mean well into the next decade.

In a new profile in Businessweek, Marvel Studios President Kevin Feige jokes that the latest rough draft of the company’s future project stretches all the way to 2028. That’s right; 2028:

“Much of Marvel’s success can be attributed to Feige. He has a special understanding of comics, fans, superheroes, and narrative. He concedes that Marvel won’t recover the film rights to Spider-Man or the X-Men anytime soon but says Marvel has something more valuable: a universe of thousands of characters it controls entirely. That means Feige can produce an unlimited number of films with interweaving story lines and characters, creating a vast audience for almost any Marvel movie. People might show up for The Avengers, meet the Black Widow, and come back for her movie, too. There’s a map of films reaching far into the next decade on the wall of Feige’s office. ‘It’s like looking through the Hubble telescope. You go, ‘What’s happening back there? I can sort of see it,’’ he laughs. ‘They printed out a new one recently that went to 2028.’”

For those who are curious: In 2028, Robert Downey Jr. will be 63, Mark Ruffalo will be 60, and Samuel L. Jackson will be 79. That is one old-ass superhero. I know there are West Coast Avengers, and Great Lakes Avengers, and New Avengers, but are there Old Avengers too? If not, there will be by 2028.

No doubt, most of these actors will have been retired from superheroism by then, phased out in favor of younger talent and new characters (the same Businessweek piece mentions Marvel’s hope to spin off the members of the upcoming Guardians Of The Galaxy into their own solo films). If the company has plans for movies more than a decade down the road, they surely also have plans for the actors playing these roles. But what if audiences finally get tired of all this comic-book cinema? At that point, Marvel may need to consult a different quote about planning from another great American thinker: Mike Tyson. “Everybody has a plan,” Tyson famously said, ”until they get punched in the face.”