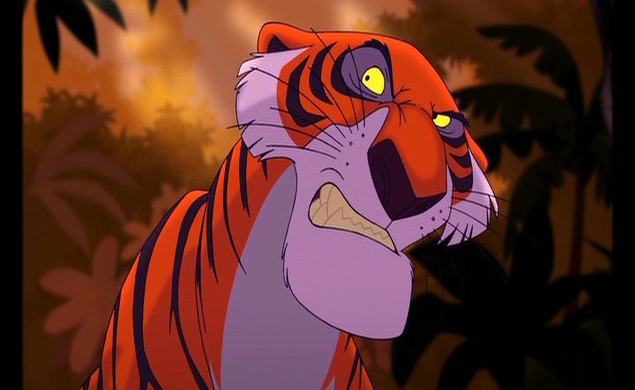 It may be time to refine what exactly constitutes a “live-action movie.” Disney is currently preparing a “live-action” version of The Jungle Book. But in this “live-action” version, the role of Shere Khan, the man-eating tiger, will be played by a combination of computer special effects and the voice of Idris Elba, who, according to The Hollywood Reporter, is in “final negotiations” to star in the film. Indeed, THR says “most of the animals” in this Jungle Book will be “CG creations and voiced by actors.”

If the vast majority of the characters aren’t real, and if the jungle isn’t real (if they shoot the movie on green screens, for example, in order to control the integration of the animals into the settings), how is that a live-action movie? Recently, I read someone arguing that Gravity should have been nominated for Best Animated Feature. The comment was mostly made in jest, but there’s a kernel of truth there. How much difference is there between a movie made entirely in a computer and a movie made 90 percent in a computer except for that one person who stands around looking at CGI tigers and trees? Yes, okay, technically there’s a 10 percent difference. But you get my point.

In any event, this “live-action” Jungle Book is being directed by Jon Favreau; there is another competing “live-action” Jungle Book project at Warner Bros. under the supervision of Ron Howard. With Elba’s casting, Favreau’s film has a slight edge. Additional casting and scheduling will determine whether one film gets shelved, or if we get a full-blown Armageddon/Deep Impact showdown at the box office in a couple years.