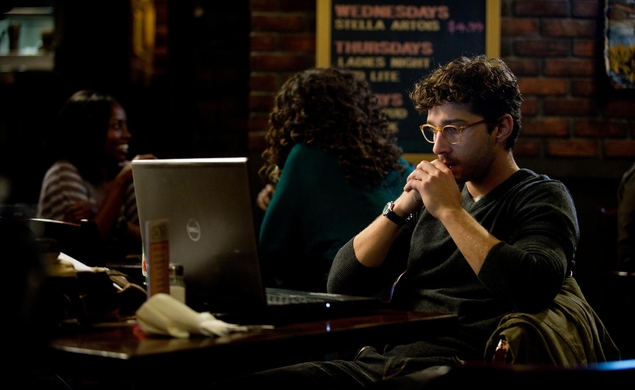 Poor Shia LaBeouf. Under siege from cruel people on the Internet who unfairly expect him to credit and compensate the authors whose ideas he steals, who irrationally believe that when you apologize for something you shouldn’t also steal your apology, who outrageously demand he shower more than once a month, and who think skywriting is kind of a weird and narcissistic way to make amends with someone for taking their intellectual property, LaBeouf announced on his Twitter account that he had had enough. Here’s what he tweeted, just a few hours ago:

In light of the recent attacks against my artistic integrity, I am retiring from all public life.

My love goes out to those who have supported me.

You heard him guys: stop creating! Because every time you create something, you also create an irresistible temptation to steal it. I mean what do you want the guy to do? Not take other people’s ideas, remake them, and pass them off as his own work? That’s absurd! Where else do ideas come from?

To the best of my knowledge (and no less than three Google searches), these specific ideas did not come from other people’s tweets or a random Yahoo! Answers page. So it’s possible he’s not Shia LaBluffing here; he may well want to retire (or at least get people off his back for a while). Then again, an awful lot of filmmakers have threatened retirement lately, from Steven Soderbergh to Hayao Miyazaki. So this may well be yet another facet of his ongoing “art project” about intellectual property theft and poor body hygiene.