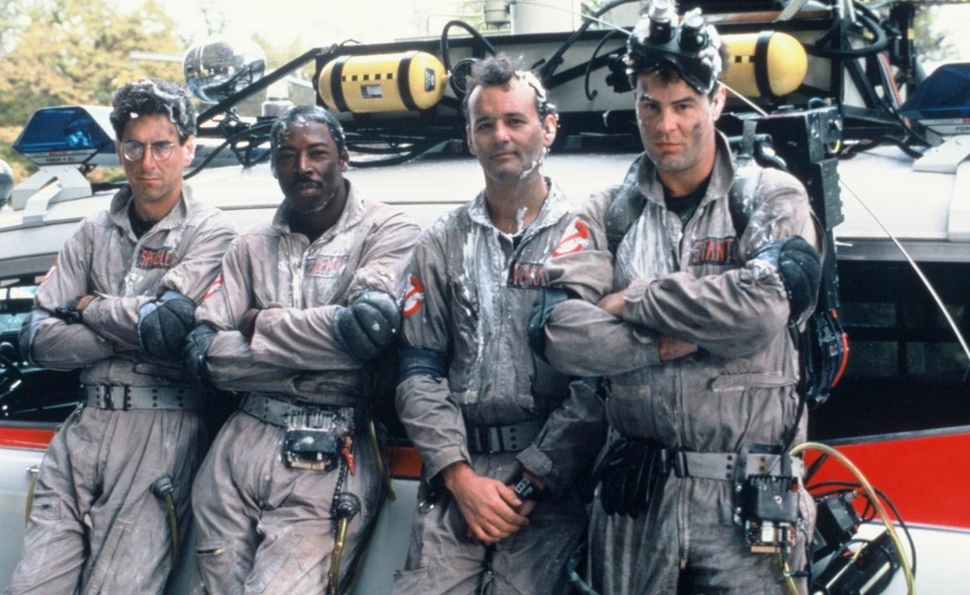 Your childhood entertainment is not sacred

It seems like whenever someone remakes a movie, television show, cartoon, board game, or series of shape-shifting action figures, an outcry erupts on the Internet that the usurper is retroactively ruining (or worse, “raping”) people’s childhoods. Sometimes this criticism is made in jest, with an implicit acknowledgment that it’s ridiculous for grown-ups to get apoplectic over the notion of someone rebooting a series about martial-arts-adept mutant amphibians. But there’s often a real sense of hurt and injury, even betrayal, to these criticisms as well. Sure enough, the announcement that Paul Feig will reboot the Ghostbusters franchise with an all-female cast led by Kristin Wiig and Melissa McCarthy prompted the usual deluge of complaints that Feig and company were ruining people’s childhoods and tainting something sacred.

With the case of Ghostbusters at least, these criticisms are aimed at defending, or protecting something genuinely good. Too often, the “You monsters are ruining our childhoods” brigade direct their anger toward contemporary versions of entertainment like The Smurfs, Teenage Mutant Ninja Turtles, Scooby Doo, or Yogi Bear—stuff that was never any good in the first place. When someone makes a terrible movie out of The Smurfs, they’re not desecrating it so much as honoring the franchise’s legacy of lazy sub-mediocrity. But nostalgia is a powerful force, particularly when connected to adults defending the entertainment they worshipped during a pre-critical phase of their thinking. Nostalgia can cloud judgment in ways that romanticize an often-crappy past while damning a future that radiates a lot more promise than the nostalgic are willing to allow.

Myopic nostalgia assumes that the new will inherently be worse than the old out of a combination of misplaced romanticization of the past and knee-jerk cynicism about the future. Some were enraged by the notion of Chris Pratt as a new Indiana Jones, but which would you rather see, a charming, fresh-faced new star in his thirties tackling an iconic role, or cranky, dispirited old Harrison Ford lugging his aged bones around in a follow-up to the widely reviled Indiana Jones And The Kingdom Of The Crystal Skull? Perhaps because I was not a Star Trek fan growing up, I found J.J. Abrams’ reboot of the franchise exciting, dynamic, and fun. Who’s to say that talented people like Feig, Wiig, and McCarthy won’t find ways to make Ghostbusters their own? Would audiences really prefer the thinking behind Ghostbusters 2 (the same as before, but worse) over a radical re-invention of the series from people who grew up revering Ghostbusters?

There’s an unmistakable element of generational chauvinism to these complaints as well. I want my son, who is now just under four months old, to watch and love Ghostbusters the way I did when I was eight years old. But I’m also excited about him growing up with a Ghostbusters franchise where women are front and center in heroic, central roles, rather than limited to supporting roles as secretaries and love interests inhabited by demons at key moments. Old isn’t necessarily good, just as new isn’t necessarily bad.

I want my son to be a cinephile with a deep sense of history, but I would also understand if he wanted to watch Star Wars, Star Trek, or Ghostbusters movies with technology, fashion, and a sensibility he can relate to immediately, rather than trying to force him to love movies and shows that he’ll likely see as period pieces made long ago, in a land far away. I would not mind at all if my son skipped over the Jar Jar years of the Star Wars franchise movies to the ones directed by the dependable, fresh likes of Rian Johnson and J.J. Abrams. And I’m not invested enough in the supremacy of the original Star Wars trilogy to demand that my generation’s version of it be the conclusive, unbeatable version. Nor am I pessimistic enough to assume that the upcoming slate of sequels won’t live up to the originals. Besides, isn’t it better to have a bold new generation of filmmakers and storytellers charting new paths and directions for Star Wars? After the culture-wide shrugs of disappointment that greeted Crystal Skull and The Phantom Menace, doesn’t it make sense to give someone else a crack at telling these stories?

If Chris Pratt stars in an Indiana Jones reboot, the Harrison Ford movies will not magically disappear. They’ll continue to exist, and to delight new generations who’ll understand that characters and roles can be played by different people of different races and genders in different ways in different movies. Otherwise, their fragile young psyches will explode from the never-ending spate of reboots, re-imaginings and sequels that will dominate the second half of this decade.

As a kid, I understood that Sean Connery and Roger Moore could both be James Bond. And truth be told, I liked the Moore Bond movies as much as the Connery versions because they were closer to my sensibility both in terms of the age in which they were made, and in appealing somewhat nakedly to kids rather than adults. As an adult, I can now objectively see that Connery’s films were superior in almost every way, but as a kid, I didn’t find Moore’s campy, tongue-in-cheek take on Bond to be inferior: It was just different. And we all better stop being terrified of difference if we’re ever going to evolve as a culture.

So let’s all try to calm down. The entertainment of your childhood is not sacred. Adults, our childhoods are over, and waxing apoplectic over Michael Bay’s Transformers or Teenage Mutant Ninja Turtles movies won’t do anything but broadcast our inability to move beyond the silly, entertaining ephemera of our youth, or understand how it might appeal to a younger generation with a different set of ideas about how entertainment works. And for those rending their garments and weeping openly in the streets at the idea that new people are going to come along and change Star Wars and Ghostbusters and Indiana Jones in ways that deviate radically from the ones we cherished in our childhoods, let’s at least allow the possibility, radical as it may seem, that these new versions of old favorites might be just as good as the movies we loved as kids. Maybe even better, even if they are suddenly full of cooties-carrying girl actors guilty of not being Bill Murray.