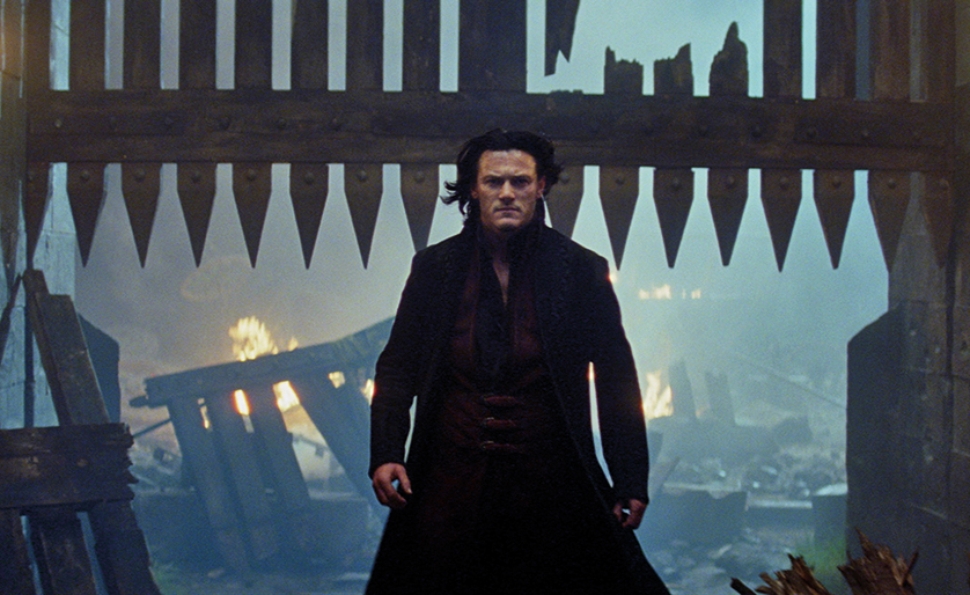 The case against cinematic universes

A year ago, writing partners Roberto Orci and Alex Kurtzman—who’d been responsible for Star Trek Into Darkness, Cowboys & Aliens, and Transformers—signaled their intent to revive the classic Universal monsters as part of a single “universe” like the wildly successful Marvel movies. Orci and Kurtzman have since parted ways, but the idea lives on with Kurtzman and Chris Morgan, the primary caretaker of Universal’s Fast & Furious franchise. Last Friday, the new monster-verse had its Big Bang event when the dreadful Dracula Untold swooped into theaters, retrofitted with a modern-day epilogue that presumably puts Vlad The Impaler among The Wolf Man, The Mummy, Frankenstein, and other crime-fighting immortals. Future Universal monster reboots will almost certainly follow a more carefully designed blueprint, perhaps with a post-credits sequence where a young Victor Frankenstein picks up his doctorate degree. It’ll be a rich mythology for sure.

There’s precedent for this. The Universal monsters have shared a universe before: 1943’s Frankenstein Meets The Wolf Man brought Bela Lugosi and Lon Chaney Jr. together in those respective roles, 1944’s House Of Frankenstein and 1945’s House Of Dracula added the Count into the mix, and Bud Abbott and Lou Costello encountered the lot of ’em in 1948’s Abbott And Costello Meet Frankenstein (a comedy that so terrified my father as a boy that he chewed through a cheap belt he bought earlier in the day). But to say that Universal executives and producers were following through on some grand, unifying scheme for these movies isn’t really accurate; they were more likely trying to squeeze every last drop of matinee life from their classic monsters and the aging stars who were playing them. What Universal wants now is a deeply interconnected franchise that can pay dividends in Chinese theaters for a decade or two. And that’s a much different undertaking.

Along with the Universal monsters project—which a Dissolve commenter adorably dubbed “Agents Of S.P.O.O.K.Y.”— it was also announced last week that Sony would turn its next Robin Hood into a cinematic universe of Merry Men movies. In some ways, the “cinematic universe” concept is just the studios doing business: Paying off franchises through sequels and revivals is the closest thing to a safe bet in a gambler’s industry, and having moviegoers pay for Iron Man 2 in order to get primed for Thor is a diabolical form of insurance. In order to keep up with the overarching story—which will pay off big time when everybody gets together for The Avengers or Agents Of S.P.O.O.K.Y.—then even lesser movies and second-tier superheroes can perform over value.

So without questioning the business rationale behind the cinematic universe—or even the entertainment value of many of the Marvel films so far—news that other such projects are on the way is dispiriting in the extreme. Part of it is they don’t sound promising; Marvel comics mixed, matched, and combined characters long before the MCU existed, but a series spearheaded by Dracula Untold, or the possibility of a grittier, edgier, 21st-century-friendly Friar Tuck is significantly less exciting on its face. But if you value movies primarily as a form of personal expression, and you’re aware that Krzysztof Kieslowski has been dead for nearly 20 years, then the move toward bonding and cross-pollination is about as anti-cinema as it gets.

For the sake of fairness, though, let’s look at the pros of the cinematic universe: 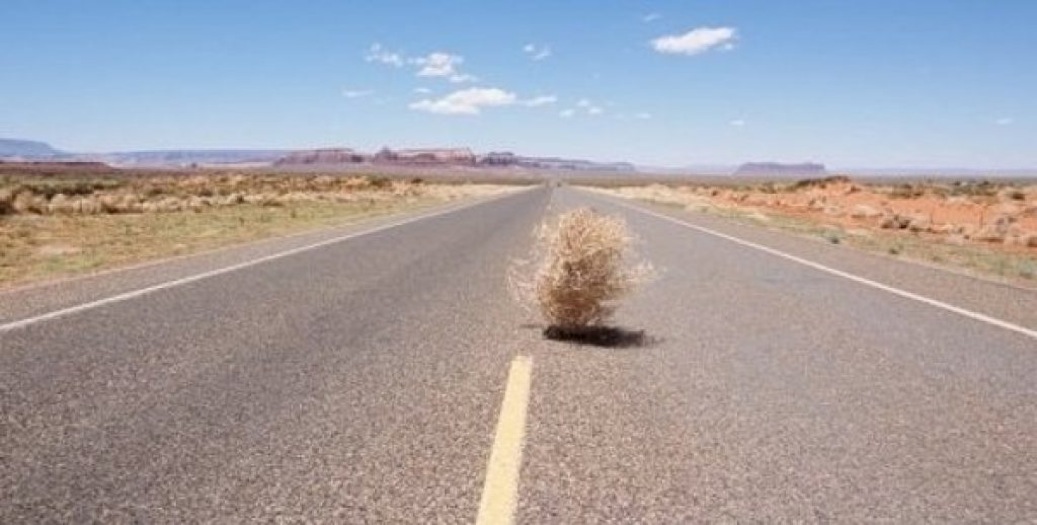 And now some of the cons:

1. All movies must conform to the same template. This objection is related as much or more to traditional sequels and franchises in general than to cinematic universes in particular. After all, however exciting the prospect of Rian Johnson directing a Star Wars sequel might be, he cannot abandon the cast or the established Star Wars mythos or the basic appearance of what J.J. Abrams does before him, much less defy the expectations of geekdom’s most virulent fan base. He might work comfortably within the system—perhaps his entry can be like Alfonso Cuarón’s Harry Potter movie, or one of his superior Breaking Bad episodes—but it won’t be The Brothers Bloom. At best, it’ll productively reconcile his sensibility with the needs of a behemoth franchise, which is a tough needle to thread, but not an impossible one.

The specific frustration with cinematic universes, however, is that they could—and should—be stylistically discrete, but they all have to look the same anyway. Even the most accomplished Marvel efforts of late, like Captain America: The Winter Soldier and Guardians Of The Galaxy, have a homogenized gloss that suggests Cap and Star-Lord could cross paths in either movie without viewers feeling jarred by the clash in style. Not that the handheld camerawork in Hancock is a model anyone should feel inclined to follow, but the menu of options shrinks substantially when filmmakers have to work toward some great team-up like The Avengers at the end of the line. The only place where they can make a big difference is in the writing and storytelling, which happens to be where The Winter Soldier, The Avengers, and Guardians Of The Galaxy are most accomplished. They turn a director’s medium into a writer’s medium. They’re great television, in other words.

2. There are scenes that don’t belong. Claiming that Dracula Untold is in any way damaged by a modern-day denouement meant to tie it into the Universal monster-verse is like claiming a totaled car was damaged by a reckless tow-truck driver. But surely director Gary Shore and his screenwriters, Matt Sazama and Burk Sharpless, had other ideas about how to end their movie. And surely there are mandated post-credit scenes and callbacks in the Marvel series that filmmakers, left to their own devices, would never think to include under normal circumstances. Granted, there’s a big difference between ending the movie with a set-up for some future team-up, as Dracula Untold does, and tucking a scene behind the credits like an Easter Egg. But the bitter aftertaste is the same: The movie we’re watching is really just a prelude for the next movie we need to watch, when all that narrative business will really pay off. Matt Singer covered this phenomenon well in a piece on teaser culture, which lamented how suggestions of things to come have become more important than the things themselves. But it’s hard to think about a movie as a discrete and satisfying piece of entertainment when part of it is given over to Comic-Con hucksterism.

3. They take on water. The argument in favor of cinematic universes is that they deepen the mythology and immerse fans in an expansive, serialized, and intricately connected story. The argument against is that the accumulation of plot points makes them slow, confusing, and overlong—and that’s before the big Avengers moment when all the characters have to be served in a democratic way. Being first out of the gate, Dracula Untold is a lean 92 minutes, but should the Universal monsters continue through a second cycle and beyond, those running times are likely to creep up to two hours or more. Blockbusters already have to overcome the pitfalls of scale; it’s hard for nine-figure productions to seem light on their feet. But the more characters, subplots, and superfluous universe-serving business that comes into play, the less possible it becomes for movies to carry themselves as deftly. They have to operate on three fronts at once: They have to build on whatever information was established in the entries that preceded them, hit the plot points necessary to tie them into the universe as a whole, and tell a new story of their own. That can’t be done quickly and it can rarely be done coherently. Their heaviness sits in the stomach like a thrice-baked potato.

In a word, the cinematic universe model is just a boring way to make movies. Though no details have leaked out about why Edgar Wright is no longer directing Ant-Man, the safe assumption is that his universe and Marvel’s weren’t compatible, despite the second-tier funkiness of the character. At a time when studios are desperate to prevent audiences from migrating to their home theaters, they’re ironically embracing a model that’s as conservative and rigidly formatted as a TV show. When movies are made to look the same and work toward the same ends, the add-ons of 3-D, faux-IMAX, and Dolby Atmos just add amplification to stories better suited to living rooms.