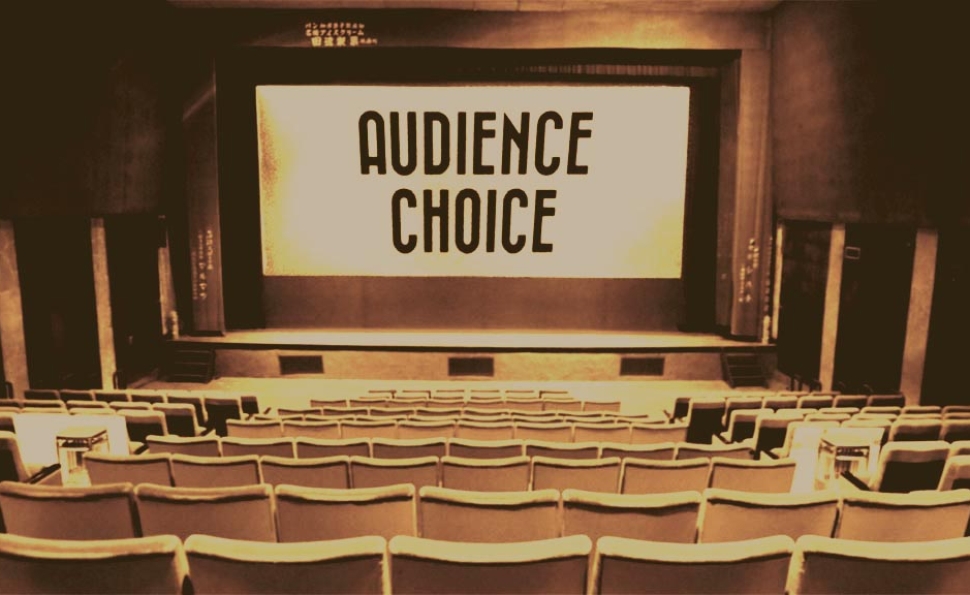 Veronica Mars and the case of the disappearing movie

If something isn’t financed like a movie or distributed like a movie, and it doesn’t look like a movie or behave like a movie, is it still a movie? This question has been running through my head—part rhetorically and part seriously—in the week since I saw the deeply strange Veronica Mars, the Kickstarter-funded thingamabob that’s currently playing in a handful of theaters and on an untold number of laptops, tablets, smartphones, and televisions across the country. As an admirer of the long-cancelled UPN/The CW show, I left a screening feeling, in the series’ parlance, mostly like a happy marshmallow, though a bit scorched at the end of the stick. The movies could really use a sleuth like Kristen Bell’s to add to its all-male gallery of California private eyes, and it was nice to have her and the Neptune High gang back in whatever form they could manage. For all of its awkwardness, Veronica Mars has enough muscle memory left to go through the motions, and plenty of the old chemistry is still there.

And yet Veronica Mars represents a peculiar 21st-century hybrid: Call it Fan Service 2.0. The $5.7 million raised by the Kickstarter accounts for nearly all the budget, minus promotion and publicity, and those who pledged at the $35 level or above—65,715 of the 91,585 of the donors, or roughly 71 percent—received a digital copy of the finished product more or less simultaneous to its release in theaters and on VOD. (The “less” part being those tormented by the studio-backed UltraViolet distribution service.) Those backers are without question the core supporters of Veronica Mars’ return, and based on the evidence here, the show’s creator, co-writer/director Rob Thomas, felt a debt to them that goes beyond any such TV-to-film revivals in the past. The self-described “Browncoats” who adored the Joss Whedon series Firefly may have been the core audience for his feature film Serenity, too, but they had no skin in the game. Universal was wagering that the Browncoats could perhaps be the spark to a flame, merely the first lined up for a space adventure that was seeking a larger audience. Had the Whedonites actually bankrolled the film outright, no doubt its complexion would have changed dramatically—and not necessarily for the better.

By contrast, Veronica Mars is a closed system, and its interest in appealing to non-marshmallows literally ends after the first two minutes. Thomas supplies a half-assed “previously on” sequence to get first-time viewers (and maybe those who haven’t binge-watched the show since it went off the air) up to speed, and then it’s off to the races, with references, callbacks, and relationship payoffs that are catnip for fans (again, myself among them) and alienating in the extreme for anyone else. To an extent, that’s part of what cult entertainment of any kind is about: Blowing the dog whistle to the few who feel privileged to be part of some secret society, the ones who “get it.” And it certainly isn’t limited to Veronica Mars, either. I had a similar feeling back in 2009, when one of my favorite filmmakers, the Taiwanese director Tsai Ming-liang, released Face, a still-undistributed movie that draws so heavily on his own idiosyncratic symbols and mythology that it was hard to fathom any newcomer comprehending it. Movies don’t always have the mission, much less the responsibility, to speak to an audience larger than the one they’re seeking. And it can be a pleasure to hear that dog whistle, too, and feel closer to some rarefied community in the dark.

And yet Veronica Mars is a unique case, for a couple of reasons. The first is transactional. Veronica Mars exists as a movie because it can’t exist anymore as a TV show. (Ditto Firefly/Serenity, but bear with me.) And despite a feeble attempt to expand the frame to the cinematic sprawl of 2:35-1 anamorphic—as opposed to the show’s more modest 1:78-1—this thingamabob’s visual template hasn’t changed much from TV. (As my colleague Keith Phipps noted, “It looks and plays an awful lot like the TV show, reviving its darkened-rooms-and-Venetian-blinds and beach-noir aesthetic.”) So the Veronica Mars movie is a dead thing that fans have summoned back into existence, and to the tune of $5.7 million, which so reduces the risk on Warner Bros.’ end that Thomas likely didn’t have to take a single executive note. This sounds like a stirring triumph of democracy in action, with marshmallows liberating Thomas to go off and pursue the movie he wanted to make. But, in fact, what has actually happened is that fans have replaced studio bosses as the people for whom Thomas was making the “movie.” And for all the insider pleasures that result, it also fucks this Veronica Mars up badly.

There’s an old dramatic maxim—echoed by none other than Joss Whedon—that it’s an artist’s job to give audiences what they need, not what they want. And Veronica Mars violates that maxim so flagrantly, it sometimes seemed like I was watching Thomas and company fulfilling Kickstarter pledge orders when they might have been making a movie. How else to explain a B-plot involving Weevil (Francis Capra), a biker-gang outlaw turned Veronica frenemy who appears as a reformed family man who hasn’t ridden his motorcycle in the three years since his kid was born? An incident where he’s shot while trying to help someone—and subsequently booked under assault charges—gives Weevil and Veronica’s father (Enrico Colantoni) something to do in Veronica Mars, but that’s it. There’s no reason for this subplot to exist, other than giving a couple of beloved characters a little screen time. No rational storyteller conceiving of a movie from scratch would ever find such a narrative diversion essential. But Weevil is a fan favorite, so there he is. The audience gets what it wants, but not what it needs.

The second reason is more complicated, and related to the ongoing identity crisis film is facing as it plunges headlong into the digital age. Veronica Mars epitomizes the convergence of TV and film, when distinctions that were once clear have become more difficult to parse. Not so long ago, films were projected on celluloid at 24 frames per second, dazzling audiences for more than a century with the magic that is persistence of vision. Also not so long ago, theatrical releases occupied a distinct window before home video, and could be separated from TV that way, too. Let’s not get into exceptions like video productions or straight-to-video films, either: Veronica Mars is a Warner Bros. picture, and would have been treated much differently in the recent past. (Like never being made, most likely.) So if it was shot digitally, released digitally on the same day to 291 screens and home viewers across the country, and screened digitally no matter how you chose to watch it, what is it?

Since the makers and backers of Veronica Mars have been calling it a movie from day one—and since The Dissolve, a film-only site, has written a review of it—I suppose we have to liberate it from thingamabob status and call it a movie. But keep in mind: Veronica Mars premièred at the South By Southwest Film Festival. Silicon Valley, the upcoming HBO series by Mike Judge, also premièred at the South By Southwest Film Festival. We might feel comfortable calling the latter television—despite HBO’s tagline suggesting a more transcendent medium—but these distinctions are still meaningful to cinephiles like myself, even when they matter little to festival programmers and the culture at large. So as much as I enjoyed Veronica Mars—and support crowd-funding as a source of community and support in independent film generally—a future where digital entertainments are ordered up like handmade tchotchkes at Etsy isn’t that wondrous to consider.