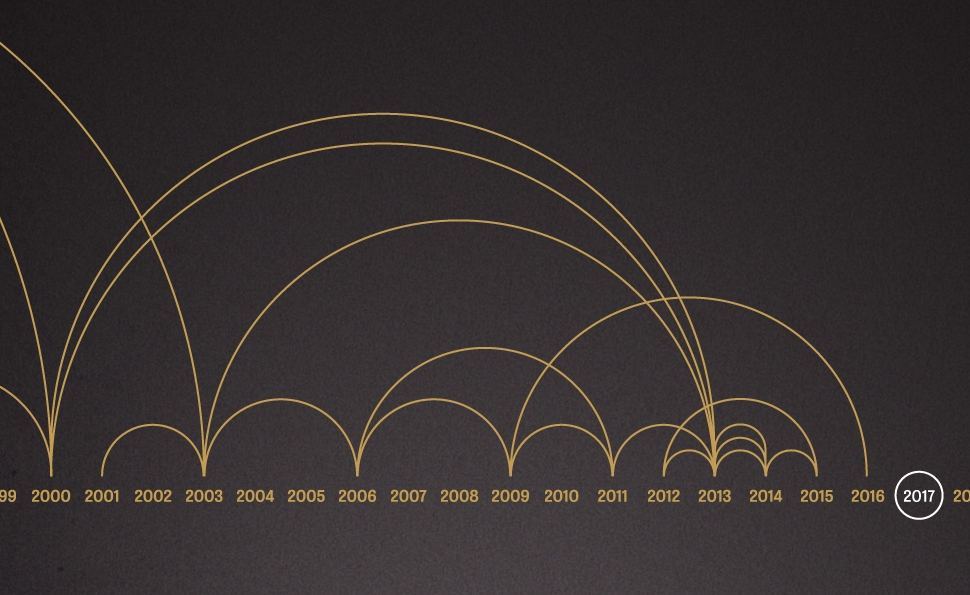 A couple of nights ago, prior to a screening, I was talking to Dissolve Senior Editor Tasha Robinson about our shared lack of interest in checking out a recent horror remake that hardly anybody seemed to like. She told me her partner once declared a moratorium on his willingness to watch remakes of any kind, his logic being that there were too many new movies to see, so why bother with something that had been done before? Even if it weren’t my professional obligation to see every sort of movie, I would think he’s fundamentally wrong to dismiss a whole class of cinema categorically like that. But it also occurred to me that, lately at least, that he hasn’t missed that much. Which got me thinking: There seems to be a growing frustration about a lack of fresh concepts coming out of Hollywood among viewers, people who report on movies, and even people who make them. So why don’t we all take a break and have a year without remakes, reboots, or sequels? Hollywood won’t make them, we won’t watch them, and we’ll see what happens.

I’m not saying next year. The wheels are already in motion on everything from Rio 2 to Fast & Furious 7 to The Hobbit: There And Back Again. I’m not proposing we undo all the hard work that’s been put into those projects. I’m not even talking about 2015 (Avengers: Age Of Ultron, Jurassic World, Batman Vs. Superman) or 2016 (Finding Dory, How To Train Your Dragon 3, Avatar 3). But 2017? Per comingsoon.net, that’s currently just home to some untitled Marvel and Pixar projects (which may or may not be verboten, depending on what they are), and Avatar 3 (a December release we’ll just scoot into January to keep 2017 clear). That leaves the year open to new ideas, and lots of ’em.

Let’s clarify what is and isn’t allowed.

Not allowed: Remakes. Let’s just put the brakes on these for a year. Sure, you may have a killer new take on The Black Hole (“What if it isn’t a hole at all?”) or The Net (“It’s newly relevant in the debate over online privacy”), but they can wait a year. Remakes: out.

Not allowed: Sequels. Again, we’re just talking about a year. The Smurfs can wait. The animated characters of Cars and Planes can wait. The expanding cast of the Fast & Furious series can wait. A year isn’t that long, and studios might even build up anticipation—remember that?—for future installments by sitting on them for a bit.

“This is a chance to create the franchises and tentpoles that can wear out their welcome in the future.”

Not allowed: Reboots. The last couple of years have seen revivals of both the Green Hornet and the Lone Ranger, characters who date back to 1930s radio shows produced by George W. Trendle, who had a hand in creating both. Both are examples of pre-existing properties with recognizable, though fading, names. This, by contemporary logic, makes them safer bets than new ideas, although the financial returns of both films—2011’s The Green Hornet turned the sort of modest profit that thrills no one, while 2013’s The Lone Ranger was a bona fide flop—suggest some flaws to that logic. Was either more or less successful because they arrived with a history? Would fresh crime-fighting characters have been embraced any more warmly? Who’s to say? But it’s hard to imagine them being greeted with any less warmth. So let’s put the old toys away for a while. And that includes Dracula, Frankenstein, Sherlock Holmes, and their ilk. Because…

Not allowed: Literary adaptations that have been done before. In 2017, we won’t need another Great Gatsby, or even another Romeo & Juliet. Flowers In The Attic, Vanity Fair, Slaughterhouse-Five, L.A. Confidential, Breakfast At Tiffany’s: Put the books back on the shelf. If it’s done before, let’s leave it alone. If it hasn’t, however…

Allowed: Literary adaptations that no one has touched. Maybe it’s time to make that Blood Meridian movie. Or White Jazz. Maybe try Mary Shelley’s The Last Man instead of offering yet another take on Frankenstein. Or how about, to choose one example among many, something from Curtis Sittenfeld, whose 2005 novel Prep is just waiting to turn some young actress into a star. Or, well, you name it. Books get optioned and abandoned all the time. Surely there’s something sitting around that needs to be a movie immediately, especially now that all the old reliables are off-limits for a year. And good news for superhero fans: This ban only applies to characters who have made it to the big screen before. So that means no Spider-Man, Superman, or Spawn, but how about Wonder Woman (at last), She-Hulk, and Son Of Satan? (The high concept is right here in the character’s name. It sells itself.)

And last of all:

Allowed: New ideas. Once upon a time, there was no Luke Skywalker. Or Indiana Jones. Or Buzz Lightyear. Or, let’s go back further: No Rick Blaine, Margo Channing, Benjamin Braddock, Michael Corleone, or Annie Hall. Someone had to dream them up. And while it’s true that they also arrived in times heavy with remakes, sequels, and recycling—from yet another Charlie Chan movie to yet another Airport entry— there’s never been an era so crowded by franchises, tentpoles, and notions of filmmaking driven by sticking to the tried, true, and market-tested. Sure, I recognize they’re called tentpoles for a reason: Studios rely on them. That’s why everyone has to be on board for this to work. If the major studios would just kindly agree—we can even put it in writing, a kind of mutual non-aggression pact, but with intellectual property—to make 2017 into the Year Of New Ideas, the result will be a level playing field.

In the end, it’s best for everyone. Moviegoers get fresh concepts, while studios get a break from their dependence on old ideas. And keep in mind, after 2017, these restrictions don’t apply. This is a chance to create the franchises and tentpoles that can wear out their welcome in the future. If you have a huge hit in, I don’t know, a newly created fantasy series about time-traveling super-apes, you can make sequels to that as long as you like. And if that tender, coming-of-age story set in the late ’90s demands a sequel, you’ll have I Want It That Way 2 in your back pocket. Good or bad, it’s time to put some new ideas out there. The old ones have started to wear thin.