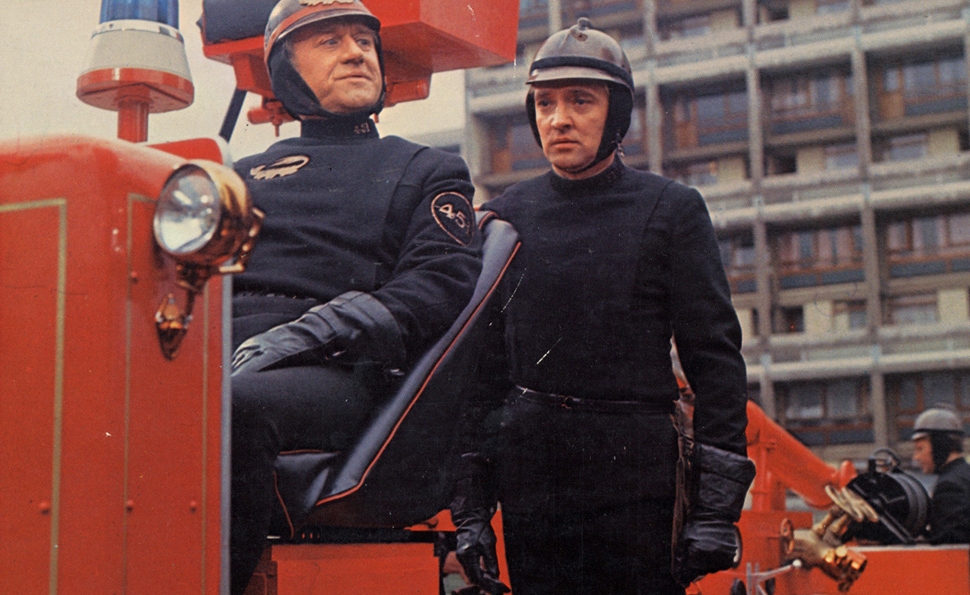 When François Truffaut opted to adapt Ray Bradbury’s Fahrenheit 451, he was just four feature films into a brilliant career. 1959’s The 400 Blows is one of the all-time great debut features, and along with Jean-Luc Godard’s Breathless, it heralded the arrival of the French New Wave. 1960’s Shoot The Piano Player is a dazzling genre mash-up that synthesizes varied references and tones into a celebration of cinema itself. 1962’s Jules And Jim chronicles a love triangle with complexity and a touch of madness. And 1964’s drama The Soft Skin went underappreciated at the time, as it dissected the temptations and consequences of adultery. Like his Cahiers Du Cinema cohorts, Truffaut had a keen interest in American films. He was even involved in the early development stages of Bonnie And Clyde, which was ultimately directed by Arthur Penn, and signaled a renaissance in American cinema, much as The 400 Blows did with French cinema.

Instead, for his first and only film in English, Truffaut traveled to Pinewood Studios in England and made Fahrenheit 451, a production the director called “the saddest and most difficult” of the 21 in his filmography. Working on a much larger scale than he ever had before—and in science fiction, a genre not even Shoot The Piano Player grazed—Truffaut could barely speak a word of English, and he fought bitterly with lead actor Oskar Werner, the Austrian who played Jules in Jules And Jim, but wasn’t terribly graceful with the language either. Truffaut documented his frustrations with Werner and the complexities of the studio shoot in a journal that ran over two issues of Cahiers, and when the film finally made its way out into the world, critics and audiences largely disapproved. With that experience behind him, Truffaut returned to France and wrapped up the decade with five straight winners: The Bride Wore Black, Stolen Kisses, Mississippi Mermaid, The Wild Child, and Bed And Board.

But anomalies from great directors have a tendency to look better over time—partly because they can be appreciated in the larger context of a filmmaker’s entire career, and partly because their flaws look less obvious, and the virtues more apparent. For people watching Fahrenheit 451 in 1966, a few fundamental problems are right there on the surface. Werner is terrible as Montag, the book-burning “fireman” of Bradbury’s totalitarian future. Julie Christie is nearly as bad in a dual role as Montag’s wife and a literate stranger. And Truffaut made serious alterations to the book, which offended those bent on fidelity to the classics. Nearly half a century later, Werner and Christie’s performances now seem like a less-fatal consequence of Truffaut working in a foreign language, and his interpretation of the book can be understood as more sophisticated than insolent, a thoughtful challenge to the text that nonetheless retains its spirit. Even Bradbury came around on it. 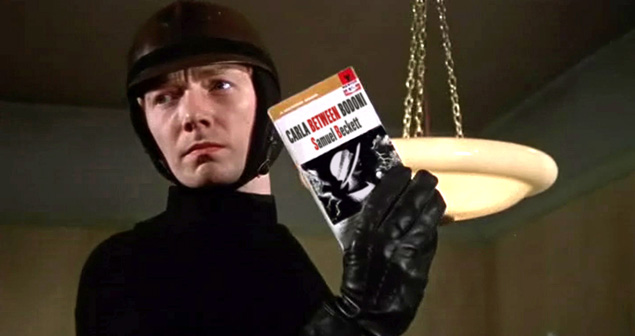 The most radical change was the one that met with Bradbury’s approval. In an oppressive society where books are outlawed and firemen carry hoses of kerosene instead of water, two women tug Montag’s conscience in opposite directions: his wife Linda (“Mildred” in the book), a sad woman who anesthetizes herself on pills and TV all day, and Clarisse, an ebullient stranger who prompts Montag to ask questions about why he does his job. Truffaut’s masterstroke was in casting Christie in both roles, and rendering the parts as the abstract representatives of conformity and non-conformity they had always been in the book. There’s no force other than their ideas—or the idea of them, anyway—that helps dictate the decisions Montag ultimately makes. They’re the opposite sides of the same coin.

For Montag, it isn’t that difficult a choice. Clarisse merely tugs on a loose thread, and the fabric of his empty existence unravels, revealing him as a tool of a government that maintains control by obliterating history, memory, and independent thought. If there was ever any passion between him and Linda, that’s long since evaporated into numb routine; her only flicker of authentic joy in the whole film is playing a role in “The Family,” an asinine interactive show that has her answering prompts from their TV set. At a low point, she swallows a whole bottle of pills to drift permanently into that good night—a suicide attempt so routine that a latex-wearing “mop-up squad,” rather than an ambulance, turns up to pump her stomach and get her feeling like new again. (Cue inauthentic joy.)

As for Clarisse—and here’s maybe the dumbest spoiler warning ever, for those who don’t want a 47-year-old film and a 60-year-old book ruined for them—Bradbury has her killed in a hit-and-run early in the book, but Truffaut lets her survive to the end. Again, Truffaut has the right idea: Clarisse was always a spectral presence in Bradbury’s book, important mainly for planting doubts in Montag’s head. Bradbury taking her out early in a suspicious hit-and-run accident doesn’t change her function in the narrative, other than letting readers know what should be self-evident about government suppression. Truffaut is a softer touch, but Clarisse’s reappearance later offers a rare glint of hope in a science-fiction dystopia.

But that’s the other distinguishing feature of Truffaut’s Fahrenheit 451: The director isn’t terribly interested in science fiction. The futuristic elements of Bradbury’s book, like a mechanical hound that torments Montag, have either been eliminated or toned down considerably. Firemen can go up their poles as swiftly as they go down it, and people travel via a sleek monorail system, but the high tech is kept to a minimum. The wall-sized TVs that festooned Bradbury’s living rooms are rendered here to dimensions uncannily akin to today’s average HDTV sets, which are large, but not all-consuming and immersive in the same way. The buildings are also cold, modernist structures from the world of today, like the Alton Estate Roehampton, with its concrete high-rises and uniform design. Little about the film’s look could be labeled “futuristic” at all—the ruby-red fire engines, if anything, look a little retro, resembling children’s toys from the 1950s—and its exteriors aren’t gussied up to suggest a distant time or place. This is the suburbs. And the time, Truffaut implies, is now.

It’s probably too pat to compare Truffaut’s vision of Fahrenheit 451 with the era’s social tensions—particularly since he had wanted to adapt the book since earlier in the decade—but the not-quite-contemporary setting suggests ever-present problems with censorship, conformity, anti-intellectualism, and television’s tendency to creep toward banal omnipresence. Bradbury’s book remains relevant because its themes can always be applied to one disturbance in the culture or another—just this month, in fact, a North Carolina school board made the inexplicable decision to ban Ralph Ellison’s Invisible Man. Fahrenheit 451 appears on book lists as a constant reminder of tyrannies that are persistent and timeless, and Truffaut’s film was conceived around that idea.

Still, there’s some distance between conception and execution, and Fahrenheit 451’s awkwardnesses aren’t entirely salved by its intelligence and fitful brilliance. This isn’t the film Truffaut wanted—Werner’s performance is a constant reminder of that—and some of his decisions flatten the tension, like moving a crucial scene, where Montag witnesses an old woman choosing to burn along with her books, from the first act to the second. But its flaws are compelling both as a document of Truffaut’s struggles to work in English and on a large scale, and as a measure of the distance between his various conceits and how they play out on the screen. His ambitious failure has more virtues than most successes.