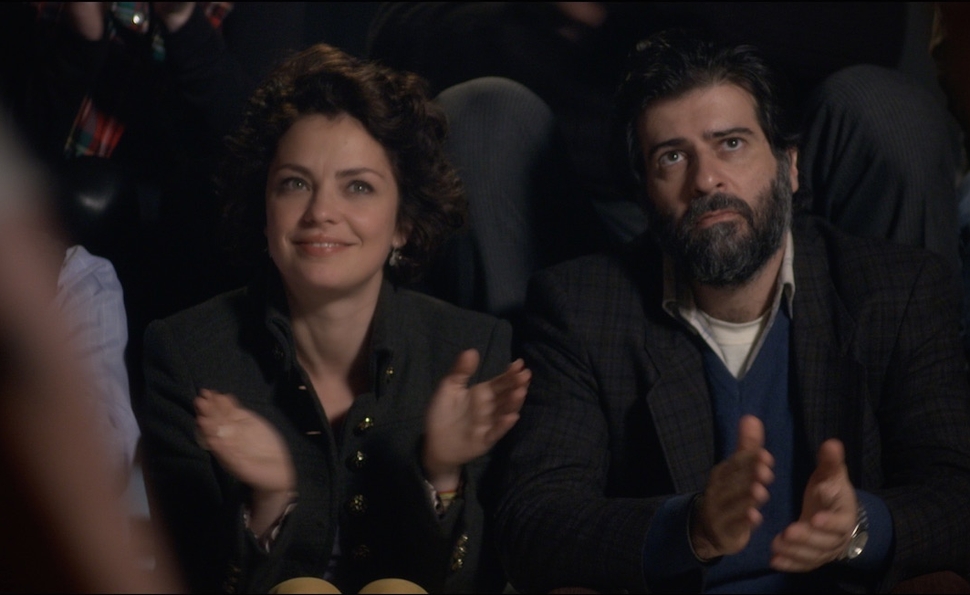 Write what you know: Okay, sure. Still, it takes some courage for a longtime professional film critic to make his directorial debut with a movie about a professional film critic, knowing his peers are likely to treat it as a mirror. Hernán Guerschuny, who’s run the Argentine movie magazine Haciendo Cine for many years, decided to throw caution to the wind, crafting a deliberately self-conscious narrative that analyzes itself as it goes along. It takes a demented genius like Charlie Kaufman to pull this sort of thing off, however, and Guerschuny never manages to make The Film Critic much more than mildly cute.

His alter ego here is a respected, somewhat snobbish critic named Víctor Tellez (Rafael Spregelburd), who’s known for being ultra-stingy with his 0-to-5-seat rating system. (“The last time you used five seats was two decades ago,” his editor complains. “We all celebrated like it was a national holiday.”) Narrating his thoughts in French rather than Spanish, presumably because that language feels more cinematic to him, Víctor has reached the point where he perceives his own life as if it were a movie, which he finds troublesome and exhausting. He also spends a lot of time arguing with his teenage niece, Ágatha (Telma Crisanti)—she adores Hollywood rom-coms, he despises their formulaic predictability. So he’s not at all prepared when he experiences a meet-cute with a rival apartment hunter, Sofía (Dolores Fonzi), and his life suddenly turns into a romantic comedy, complete with every cliché the genre has ever produced.

The Film Critic had its festival première in 2013, so it preceded last year’s They Came Together, which likewise poked knowing fun at rom-com conventions. That movie had jokes, though, whereas this one just has Víctor constantly commenting in voiceover about which hackneyed screenwriter’s device he’s currently enduring. (By contrast, when Adaptation abruptly turns into hackwork, Charlie Kaufman trusts the viewer to pick up that “Donald Kaufman” has taken over the script. And that’s in a film that isn’t at all afraid of using voiceover for comic effect.) It isn’t nearly inventive enough to have Víctor, for example, criticize movies in which the hero makes an obligatory climactic mad dash to the airport, and then have him race to the airport himself in The Film Critic’s last few minutes. These are facile observations that numerous people have already made, and there’s only so much humor to be mined from Spregelburd’s sour expressions as Víctor gets sucked into the kind of cinema he’s spent his entire career disparaging.

Guerschuny also throws in a subplot about a filmmaker (Ignacio Rogers) who’s pissed off about the bad review Víctor gave his most recent movie. That might have been funny, albeit obvious, but Guerschuny instead has the filmmaker make veiled threats and stalk Víctor, which inevitably calls to mind The Player. When Sofía briefly dumps Víctor, he wins her back using the “You complete me” speech from Jerry Maguire, which Ágatha had previously recited to him. The whole movie is encased in air quotes, and its sole purpose, apart from that winking, is to argue that even artsy-fartsy grumps secretly identify with Hollywood wish-fulfillment. Would Guerschuny the film critic have liked The Film Critic? If so, he’s a soft touch.