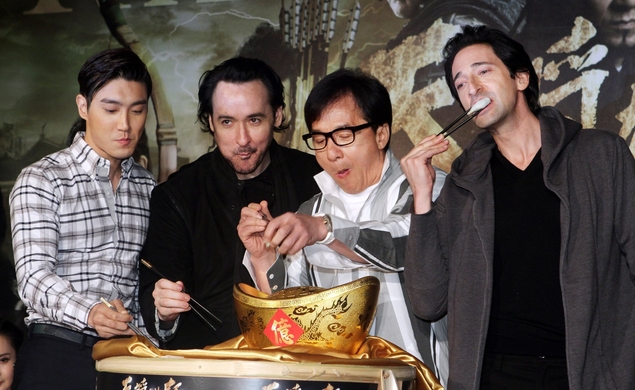 We last checked in with Chinese production Dragon Blade in January, shortly after the first international trailer for the film surfaced. At press time, the wuxia epic had only been set for a release in theaters abroad, with American stars John Cusack and Adrien Brody capitalizing on the insanely lucrative Chinese markets by taking prime roles alongside Jackie Chan. It would appear that my months spent sleeping with a Drunken Master DVD under my pillow have finally paid off, because Dragon Blade will flying-spin-kick its way into domestic theaters come September. The film’s already met with fabulous success in its home nation, raking in nearly $120 million through Chinese moviegoers alone. (That may sound like small potatoes in the wake of, say, Jurassic World’s $200 million opening weekend, but the highest-grossing Chinese film of all time raked in around $200 million in total, so it’s really all relative.)

Any announcement of this magnitude needs a trailer to match, and today, Lionsgate has provided us with just that. The new trailer considerably expands on the initial teaser and, more importantly, plays up the durned English-language bits, so that those of us not fluent in Mandarin can keep up. Cusack and Brody play Lucius and Tiberius, two brothers who have both climbed the ranks of the ancient Roman army and hunger for more power. Lucius hopes to bring the Roman guard into a new era of peace alongside Chan’s Han dynasty commander Huo An. Tiberius has different plans, assembling a militia of his own and setting his sights on total world domination. (Which, to them, meant Asia and Europe and bits of Africa. In 48 B.C., the “total world” was, like, 60 percent of the world.) Dragon Blade functions as a historical document for China’s vibrant, tumultuous history as well as a grandiose, panoramic battle picture. The Lionsgate executives bringing the film to America probably recognize that domestic audiences will be more into that second part, and so the trailer has lots of arrow-shooting, sword-catching action. See for yourself: 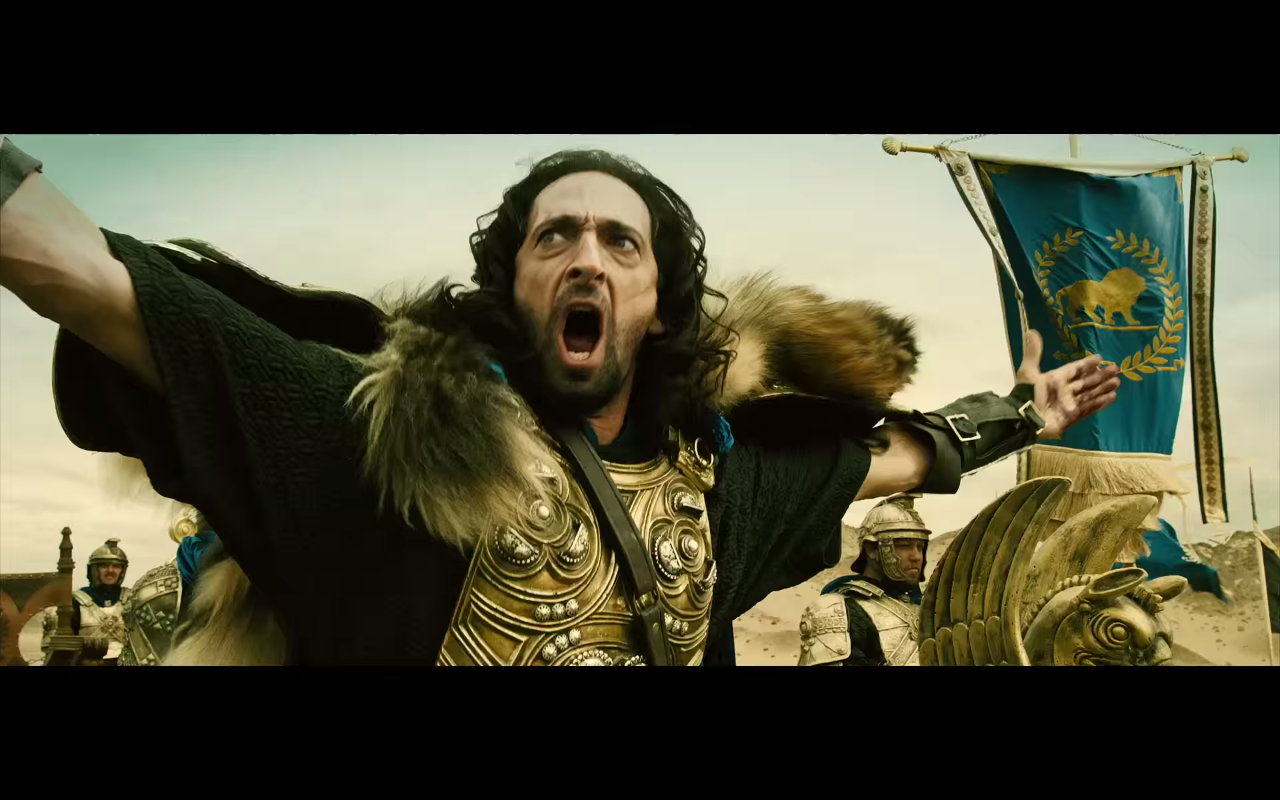 No disrespect to Cusack and Chan, both fine thespians in their own right, but Brody devours this trailer whole. I would gladly watch 127 minutes of Tiberius ranting and raving and screaming incoherently at underlings and catching swords flung at his face. As power-mad warlords go, he’s definitely got the curliest tresses and most well-sculpted 5 o’clock shadow. Guess there’s nothing to do but start sending out good vibes for a Tiberius: Origins spinoff and sleeping with a Dummy DVD under my pillow.