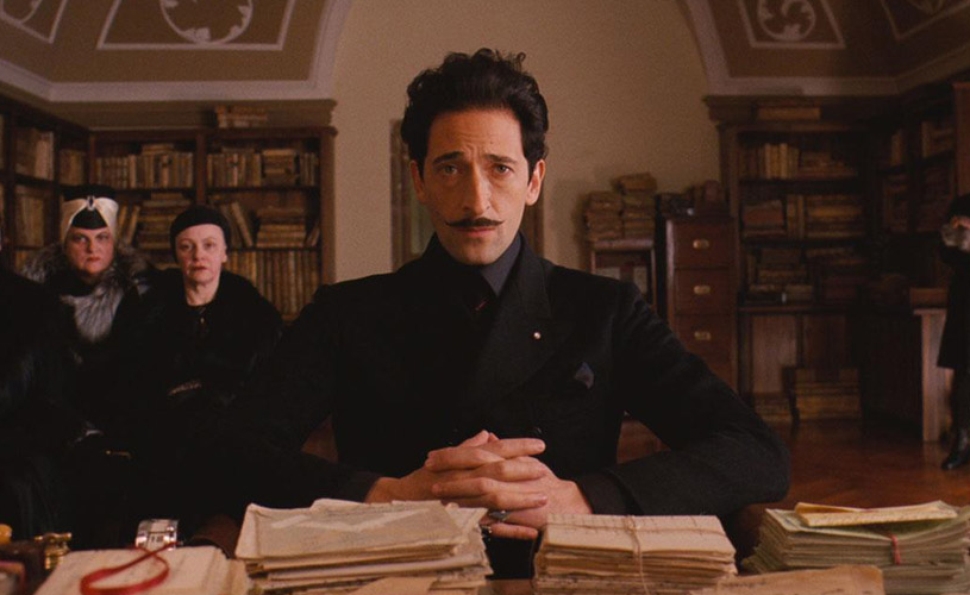 When The Dissolve’s Nathan Rabin tromped into the Dantean hellscape of inAPPropriate Comedy for his You Might Also Like? column, he emerged deeply scathed. But one horror trumped all others:

[His] performance, while brief, permanently changed the way I see Adrien Brody. When I first saw him in Steven Soderbergh’s King Of The Hill, I thought, ‘Who is that guy, and why isn’t he a huge star?’ Watching Brody in inAPPropriate Comedy, I thought, ‘What the hell is wrong with this guy, that he would want to be involved in a project like this? What strange, damaged part of his brain was attracted to the role of [flamboyantly gay cop] Flirty Harry?

The most baffling aspect of the film wasn’t the Siskel & Ebert-styled porn-review program starring Rob Schneider, or Sperm Lake, the motion picture he critiques. No, it’s the mere presence of Adrien Brody. Scratch that—Academy Award-winning actor Adrien Brody. Isn’t this the nice Jewish boy who stole a smooch from Halle Berry after picking up Best Actor at the Oscars for the 2002 film The Piano? What the hell happened?

Once, Brody’s career swelled with possibility. He caught plenty of eyes with minor but memorable turns in acclaimed directors’ projects. He first drew attention with his knowing, self-assured turn in King Of The Hill. Juicier roles followed, as Brody made fans out of Spike Lee (Summer Of Sam) and Terrence Malick (The Thin Red Line). In 2002, he shored up his indie cred with the unfairly forgotten Dummy, but his banner event for the year was his Pianist performance. As haunted, hunted Władysław Szpilman, he cemented his reputation as one of his generation’s most distinctive performers. With screen acting’s highest honor tucked under his arm, Brody was on a fast track to the top. 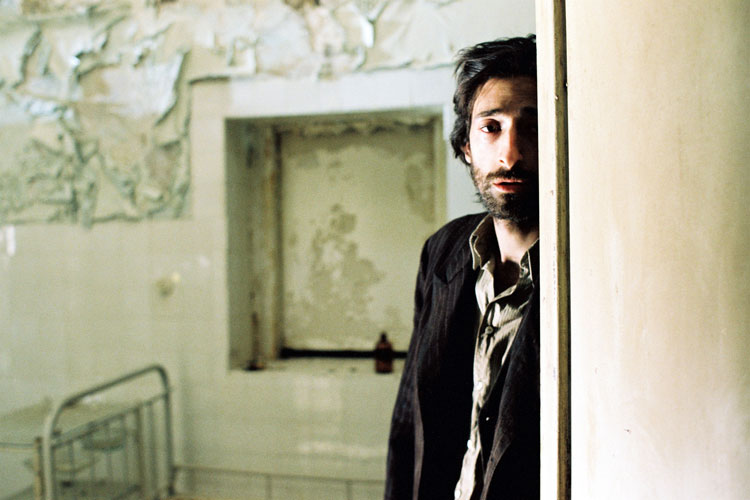 But after the big win, his film career stalled. His previously prolific output slowed to one picture per year in 2003 and 2004. He pulled double duty in 2005 with a starring role in Peter Jackson’s King Kong reboot and the psychological thriller The Jacket. Following the altogether-respectable Hollywoodland in 2006, Brody increased his workflow to its pre-Oscar levels. He fell in with Wes Anderson, appeared in the well-wrought genre exercises Splice and Predators, and stole scenes as a screw-loose Salvador Dalí in Midnight In Paris.

It was also around this time that Brody’s filmography began to veer off the safe path and into some dark, shameful side alleys. inAPPropriate Comedy was his nadir, but there were also an assortment of lesser travesties. The stoner comedy High School (get it?!) cast Brody as a psychotic drug dealer aptly referred to Psycho Ed. Brody took the lead in The Experiment, a fictionalization of Philip Zimbardo’s notorious prison experiment. The film went to direct-to-video, with good reason.

In fact, all the red flags on Brody’s résumé were marked by extremely low profiles. Giallo, Back To 1942, and the upcoming Dragon Blade weren’t and aren’t intended to be seen by American eyes. They were foreign productions, designed primarily for exhibition in international markets, though Giallo went through a minuscule limited American run. Wrecked and Detachment barely exist; judging by the box-office figures, everyone who’s ever seen them would fit into a moderately sized function hall. Though they’re united by their under-the-radar presence, these films vary wildly in quality. Back To 1942 has far more historical resonance and heart than the average spectacle epic, and Detachment deserves more than the scant praise it got on release. Giallo is another in a series of listless disappointments from the evil humanoid automaton that replaced Dario Argento in 1980, and Wrecked is grungy, incomprehensible slop. Regardless, in every film, Brody brings his A-game. He’s consistently invested in his characters, even when they’re trapped in turkeys. Brody isn’t really in a spiral, he’s just slumming it. 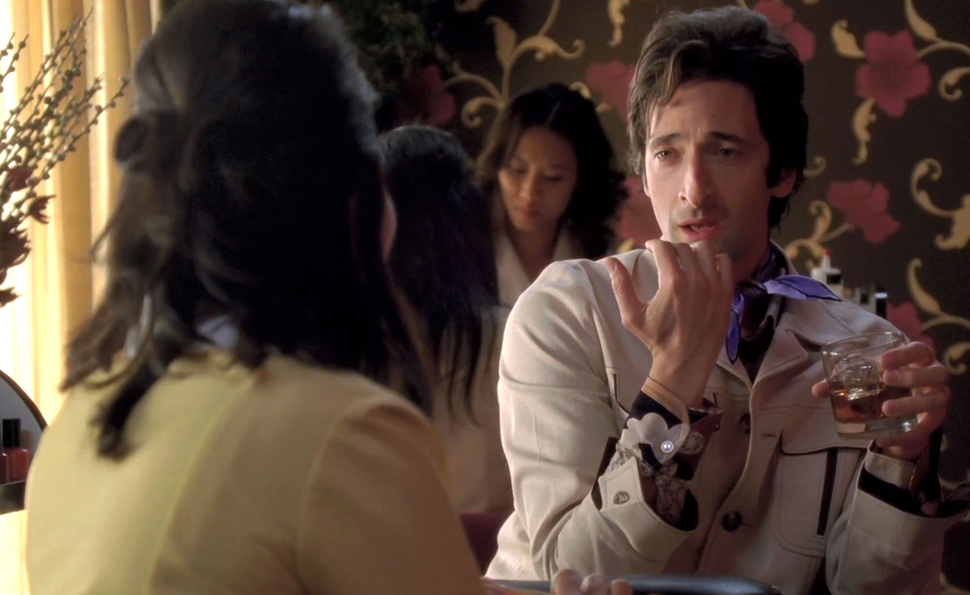 It’s here that the puzzle of Adrien Brody begins to come apart, and the key to unlocking it is Nicolas Cage. In many ways, the two men are foils. Both received breathless praise for their early work, which culminated in Oscar gold. Both punctuated their appearances in schlock with genuinely great performances—the Nicolas Cage we fell in love with all those years ago returned in David Gordon Green’s Joe in 2014. Anyone could be forgiven for reducing Brody to the thinking man’s Cage.

But the crucial difference is that while Cage has pivoted into a caricature of himself, Brody has remained straight-faced. Cage has transformed into more meme than man because his performances are so reliably balls-to-the-wall unhinged. To those poor masochistic souls who followed Cage into the Z-list wasteland, his signature manic laugh is instantly recognizable. But even when Brody is feeding from the bottom, he knows the joke is on the audience.

Brody is eccentric, but he doesn’t suffer from the case of Crazy Person Syndrome that’s gripped Cage since the early 2000s. (Equally important: Brody doesn’t appear to share Cage’s financial woes.) Brody attacks even his lowest roles with self-seriousness and commitment. He isn’t phoning it in; it’s as though the man doesn’t even own a phone. As Flirty Harry, Brody wrings every last bit of smoldering homoeroticism from his lines. He isn’t lisping or gesticulating wildly. The material is hugely offensive, but his performance isn’t. He’s given thought to who Flirty Harry is, what motivates him in life, and why he feels compelled to speak entirely in super-gay double entendres. Wrecked drags Brody through a series of increasingly unlikely, undignified circumstances, but he keeps a brave face throughout every frame. The script says he must eat an ant, so he’s going to be the most convincing ant-eater in cinematic history. (He was, though the competition isn’t especially stiff.)

Watching Brody play Flirty Harry, it’s easy to see a talented actor operating at the height of his powers to slightly elevate astonishingly stupid material. This is a rare phenomenon, but when it happens, it’s beautiful. Brody knows this. 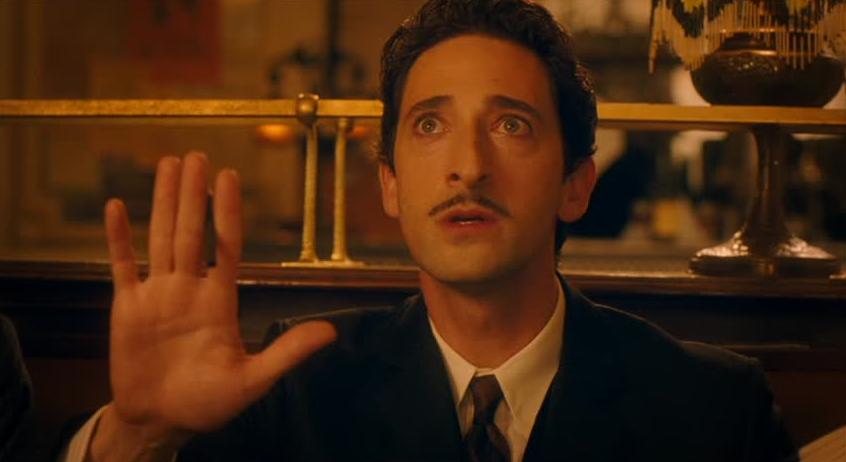 The differences between his performance as High School’s Psycho Ed and, say, Midnight In Paris’ Dalí or The Grand Budapest Hotel’s Dmitri are minimal. None of them are especially complex characters; Dalí speaks in nonsense, and most of Dmitri’s words are four-lettered. But in all three cases, he plays a sublimely ridiculous character totally straight. Perhaps Brody embarked on his walking tour of crap in search of roles like this, one-note sketches he can imbue with his particular strain of brilliance. When he finds them in reputable auteur fare, great, but such opportunities are far more plentiful in the no-budget oddities that have taken over his CV in the past six or seven years. He takes the roles seriously, but never himself. It makes sense, looking back; an actor concerned with playing the showbiz game probably wouldn’t have spontaneously kissed an A-list actress onstage at the Academy Awards.

When great actors end up trapped inside turkeys, whether due to financial desperation, poor decision-making, bad management, a project’s deterioration, or something else entirely, their eyes usually glaze over with a familiar look of desperation. “Help me,” Faye Dunaway silently pleads during Dunston Checks In. “Somebody, do something,” cries Little Fockers’ Dustin Hoffman. Not for a second does Brody reach that level of helplessness. He appears to be having the time of his life, relishing the opportunity to dive headfirst into the shallow end of the kiddie pool.

Brody is no ordinary actor on the skids. There’s something bigger than one-for-them, one-for-me practicalities at play here. He’s built the career of someone who gets his kicks wherever he can find them, and if that happens to be inside of a sketch-comedy shit-pile made by the Sham-Wow guy? Wes Anderson is still on line two. In the grabby sprawl of the entertainment industry, there’s only a single sin, and that’s laziness. Even when buried under a mudslide of mediocrity, Brody’s undeniable talent radiates through it all.