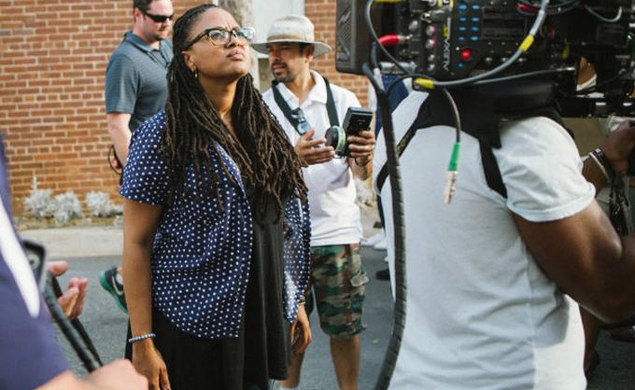 Sign of hope: Projects and films about, by, and/or starring lots o’ ladies

Harbinger of doom: The future for women in animation
The L.A. Times’ Deborah Vankin wrote an article this week looking at the surge of young women studying animation around the country. Like the industry itself, notes the piece, college animation programs in the U.S. have historically skewed male, but female enrollment at top schools has significantly increased over the last five years.

Take CalArts, for example, which has a blind admissions process, meaning administrators looked at students’ applications without knowing their genders or the size of their teeth. When CalArts debuted its character-animation program in 1975, it had two female students; today women make up 71 percent of its animation student body. This month alone, 16 women and 10 men graduated from the program. That’s six more women than men! Math is fun, guys. Similarly, USC’s John C. Hench Division of Animation & Digital Arts is now 65 percent women.

It’s fucking awesome to see women entering and even dominating a traditionally male-centric area of study. But here’s the dark heart at the center of this piece (and the world, basically): There are very few jobs available to these women. “That swell of young women studying the craft is generally not mirrored in the workforce,” writes Vankin. Women make up only 21 percent of the artists, writers, and technicians employed under an Animation Guild contract this year; as Marge Dean, co-president of the nonprofit advocacy group Women in Animation, explains, “They come out of art school and aren’t hired for the creative jobs. They end up being PAs [production assistants] or on the production management track, the housekeepers and the organizers as opposed to the creators.”

Brave co-director Brenda Chapman says this is because “women bring a different sensibility into the mix. And I think the majority of male studio executives and producers are still expecting what they’re used to—the traditional, male-driven, comedy-heavy stories.” Welp. Color me (then animate me) enraged. And gird your animated loins for more hilarious animated dude comedies, my friends.

Sign of hope: Smart, influential people speaking out about feminism
There were several women and a couple men willing to throw their hats in the feminist ring this week. Here are a few great quotes from around the web:

“What’s the most overtly sexist thing that's happened to you working in Hollywood?

DUNHAM I heard a guy on my show say into his microphone: ‘I hate this job. I can't wait to be back on a show where there's a man at the helm.’

SCHUMER I hope you sent [Girls actor-comedian] Colin Quinn home for that. (Laughs.)

DUNHAM Colin is actually the world's biggest feminist! Later, that same guy came up to me at lunch and said, ‘You're really enjoying that buffet, aren't you?’

SCHUMER Who the f— is this?

DUNHAM He's the worst person alive. I hope he reads this, which he won't because he's drunk.”

Harbinger of doom: The serious barriers to real industry change
THR has a long piece this week on the barriers that’ll inevitably be faced by the ACLU call for government investigation of Hollywood gender inequality. It’s pretty disheartening overall—essentially, after speaking with “legal experts,” THR believes that while “widely used recruiting practices in Hollywood could easily have discriminatory effects…it would be hard to hold studios, networks and talent agencies liable.”

An example: Directors aren’t usually hired via websites or search firms, but rather via word-of-mouth or talent-agency lists, meaning that the hired workforce “mirror the decision-makers,” i.e., white dudes. And, as one lawyerly male, Douglas Farmer, puts it, “word of mouth is not in and of itself unlawful”; even if someone sued an agency or a studio for allegedly preferring male clients, “the defendants in such suits would likely prevail.” As another lawyerly dude, U of T law professor Joseph Fiskin explains, it would be “challenging for plaintiffs and for the government [to challenge such hirings because] courts are more reluctant to second-guess the hiring of high level, highly skilled employees.”

Moreover, employers aren’t required to use “diverse pool recruiting methods,” and, as Yale professor Zev Eigen explains, “failure to hire cases are much harder to win than discipline or firing. There’s a problem of proof—you don’t know how many women would have applied.”

In other words, even if it’s proven that Hollywood is one massive boys’ club (which it is), it’ll be hard to find any legal footing to stand on in order to challenge said club. Typing this item has made me really pissed off. Who wants to go to law school, graduate, pick up some women directors as clients, and take down the patriarchy with me?

Sign of hope: Women directors are busting their asses for gender equality anyway
Good news! Even though they’re well aware of the info I’ve just shared with you above, there are a whole bunch of women directors who are stirring shit up anyway. First up, we’ve got the Director List, a new website targeted at studio and network execs, producers, showrunners, agents, managers, production staffs, and assistants. It boasts a database of women directors, so that the following “common phrases and myths” will no longer be relevant:

“There aren’t that many female directors.”
“There are only two women I can think of that qualify for my list.”
“I don’t know many women directors.”
“Not many women want to direct– probably because it’s a pretty masculine/manly/difficult job.”

Hear that, everyone in Hollywood? You can’t say that shit anymore. So stop it. Here’s a list of ladies who want to pick up a camera and make a movie with you. Use it.

Next, we’ve got our old pal Ava DuVernay—who, if she doesn’t have a spot in the Female Stuff Cabinet yet, is now officially its Secretary Of Defense, write it down, Tilda—making moves on social media to bring black filmmakers together to spur a sea change within the industry. On Wednesday, DuVernay and more than 40 filmmakers participated in “Rebel-a-Thon,” taking to Twitter for 12 hours under the hashtag #ARRAY, where they doled out advice, discussed their experiences in Hollywood, and shared insights on filmmaking.

Everyone from Tyler Perry to Gina Prince-Bythewood to Justin Simien weighed in, tweeting things like, “The black experience is not limited to one shade, one class, or one side of being African American,” (Perry) and decrying the dearth of female DPs (Terence Nance). The bottom line of DuVernay’s movement? To raise awareness and money for the African American Film Festival Releasing Movement, particularly its distribution label, Array. If you haven’t checked out Array’s website, now’s a good time—maybe Secretary Of Defense DuVernay will tweet at you?

Lastly—and this one came in just under the wire for last week’s column— the ACLU Women’s Rights Project and the ACLU of Southern California have joined forces to circulate a petition that allows everyone on Earth, including you, to help end employment discrimination against female filmmakers “We believe that the failure to hire women directors and give them a fair opportunity to succeed in the field is a civil rights issue,” reads the petition. “Join us in asking our government to investigate this issue and stand with women directors.”  Sign it! I’ll wait.

Overall, was this a good, bad, or neutral week for women in movies, Rachel?
Can’t believe I’m typing this again—what is this world??—but this week was good. The harbingers of doom are very real: Women are being held back from entering the film industry by some sinister fucking forces (boys’ clubs, aggressive gender discrimination, Voldemort), and it may not be possible to effectively battle these forces within the legal system. But these same women are also speaking out and fighting back in record numbers, taking to Twitter, freshly planted websites, online petitions, and good, old-fashioned news outlets to stand together in the face of some hardcore shit. Quite a lot hangs in the balance—will this ACLU investigation actually solve anything?  Will any of this affect real and lasting change? Are enough people listening? Is this thing on?—but at this particular moment, it’s inspiring to see this type of work being undertaken. Anyway, don’t forget to sign the petition and don’t forget to talk about the patriarchy at all of your summer parties.