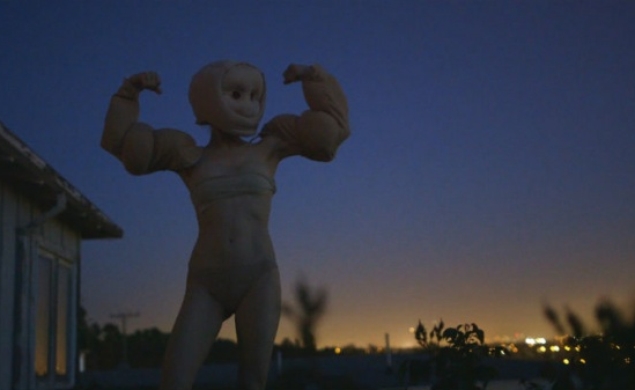 We spend a lot of time here at The Dissolve bemoaning lack of female representation in film and film culture. And as we all well know, some of the biggest industry culprits in terms of lack of gender parity are superhero movies. This is part of what makes the forthcoming Felt—the story of a woman who creates superhero-esque alter egos to reclaim the power she’s lost as a result of “the daily aggression of a male-dominated society”—so fascinating.

But Felt doesn’t just stand out as the story of a “female superhero” in a male-centric genre. Felt doesn’t just deal in fantasy, in masked avengers and caped crusaders. Felt is, primarily, a raw and unflinching look at rape culture, at what it often means to be a woman in the real world—at best objectified, ignored, belittled; at worst victimized, exploited, assaulted. As Everson herself put it in the film’s press materials, “Starting from birth and reinforced throughout our lives, we're groomed to believe that our worth is contingent on our sexual desirability and that we are to tolerate ever-increasing boundary violations. We're continuously objectified, coerced into unwanted sexualization, and blamed for the violations perpetrated against us. We must accept that it is these societal attitudes that culminate in a climate that trivializes, normalizes, excuses, and ultimately perpetuates sexual violence.”

Directed by Jason Banker (Toad Road) and co-written by Banker and Amy Everson (who also stars in the film, and won the Next Wave Award for Best Actress at last year’s Fantastic Fest), Felt is based on Everson’s own experiences with sexual trauma. The film blurs the lines between documentary and fiction; Everson, an experimental artist, began collaborating with Banker on Felt a few years ago, initially filming a music video (watch it here) before deciding to flesh out her story further.

“Amy is hanging on by a thread. Struggling to cope with past sexual trauma and the daily aggression of a male-dominated society, she creates grotesquely costumed alter egos that re-appropriate the male form. While giving her the sense of power she craves, acting as these characters pushes her further into a world of her own making. When she begins a new relationship with a seemingly good guy, she opens herself up to him—but that vulnerability comes at a dangerous cost, and her alter egos threaten to lash out in explosive violence. Based on the real experiences and art of co-writer/star Amy Everson, Felt doesn't just point a finger at rape culture; it takes a full on swing at it, creating a feminist psychological thriller that audiences will be hard-pressed to shake off.” 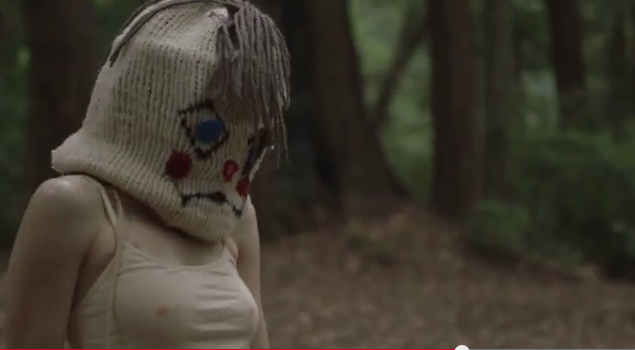 I haven’t yet seen Felt, so I can’t personally speak to its quality or power, but most who have seen it have been totally blown away. Movie Mezzanine’s Dan Schindel wrote, “Felt might be more vitally of the moment than any other film that people aren’t likely to see…Right now, a very necessary conversation about rape culture and the myriad ways that society is hostile to women is taking shape. Felt isn’t a piece for conversation, though. It’s an experience. It’s an unvarnished, unpretentious, and seemingly unassuming portrait of what it’s like to be a woman and feel the world crushing your throat under its heel.” Devin Faraci called it “a beautiful film from one of the most exciting new directors working today, anchored by an astonishing performance by an artist without any previous acting experience.”