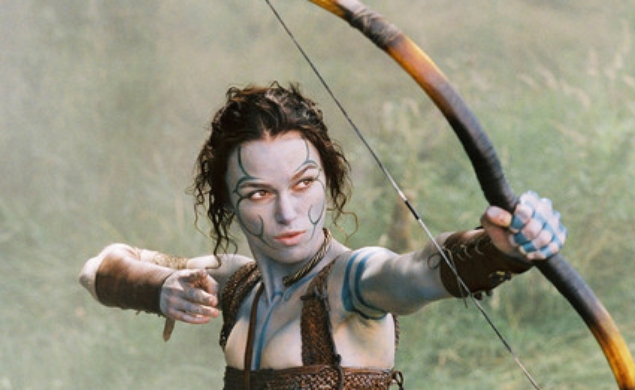 Harbinger of doom: Harvey Weinstein
All-powerful male person Harvey Weinstein was questioned by the NYPD this week about whether he groped a 22-year-old model in his office. The New York Daily News broke the news, reporting that after Weinstein “coaxed her to his Manhattan office on the pretext of talking business,” “the woman informed cops that Weinstein, a married 63-year-old father of five, groped her breasts and reached up her skirt around 6 p.m. Friday in his third-floor office at the Tribeca Film Center on Greenwich St.” Weinstein has thus far been silent about the accusation, but he skipped the premiere of Woman In Gold on Monday.

Things have spiraled from there, with New York magazine writer Jennifer Senior tweeting about “the despicable open secret” of how Weinstein’s treated women over the years. “At some pt., all the women who have been afraid to speak out abt Harvey Weinstein are gonna have to hold hands and jump,” wrote Senior. John Podhoretz tweeted back, “Shouldn’t the story be to find a single human being with whom he wasn’t inappropriate?”

There’s more: “Another journalist we spoke with had heard similar stories, all secondhand—an indie film producer had told her that stories of Weinstein’s behavior will ‘make Bill Cosby look like a monk.’ People in the film industry, she said, understand Weinstein's M.O. to be the following: he holds ‘casting sessions’ at his office on Friday evenings when he can be alone, and that he greets women in his bathrobe.” Jesus.

If this is all true (and it sounds like a “where there’s smoke, there’s fire and Harvey Weinstein in a bathrobe, being horrible” situation), it’s despicable and disturbing. Rumors about Weinstein’s unacceptable behavior have persisted for years, but, as Sargent writes, “have tended to remain unaired, confined to hushed conversations and seedier gossip-blog comment threads.” Hm, I wonder why. Maybe it's because he’s one of the most powerful men in Hollywood, and the women he’s (allegedly, allegedly, allegedly, etc.) abused know that if they speak out, they’ll be sued, threatened, or black-balled into submission.

Harbinger of doom: The social-media response to the outcry over female representation in film
Let’s get meta for a minute. Over the past few weeks, stories like the ones we often cover in Female Stuff—about the lack of female directors, the dearth of female protagonists, and the general shittiness of Hollywood’s attitude toward women—have been getting more coverage than usual. I’d like to say it’s all because of Female Stuff, so I’m going to say that, but it’s not true, so just ignore me. Most sane, rational humans read stories like these and think, “Wow, how sad. That’s got to change.” But some people have had… darker responses. And it should come as no surprise that a lot of these people are sharing their thoughts on Twitter.

Shannon Hale, the best-selling author of books like Ever After High and Austenland (which, full disclosure, I haven’t read), has done a great job summing up the social-media response to the problem of female representation. Of course, she has done so on her Twitter feed. You must approach the monsters where they sleep. Here are a few of her thoughts, which I’ve put into longform because Twitter is annoying:

“Here’s a representative response I got to my post reporting that in 6 decades, movie characters average 17% women & it's not improving: ‘I love the idea of more females, as long as the pendulum doesn't swing back & the girls don't try to be dominant or be a larger majority.’ [Ed note: How Nellie Andreeva of them!] Is that really a legitimate concern? In every single year of filmmaking, men have held 80% of the roles. Are we really worried that if we even talk about it, that suddenly the absolute reverse will suddenly happen and all the men and boys will be banished? Really? EVERY SINGLE MAJOR ANIMATED US MOVIE in the past ten years averages 11.5 male characters, 3 female characters, but your response to that is to worry that suddenly women are going to push out all the boys? This seems like a valid concern? This is where you put your energy? The longer I live, the more I am allergic to either/or choices. Either men are dominant or women are dominant. Fallacy!”

Girl. I’m with you, and it’s depressing to realize that so many people aren’t. If you want your own dose of some of this nonsense, just type “women and movies” into the Twitter search-box and have a ball, so to speak.

Overall, was this a good, bad, or neutral week for women in movies, Rachel?
Pre-Weinstein, I was all prepared to tentatively say it’s been an okay week. Yes, we had some Twitter screeds from men worried women are going to take over the universe if we get too much screen-time, but otherwise, there were several things to be thankful for. Namely, the column on women speaking out about feminism grows weekly—including women like Chelsea Harris (see below), who’s part of a movement to encourage young black women to love themselves. But Weinstein had to go and fuck up the week (and probably the lives of countless women) with his (allegedly!! ad infinitum) filthy, deplorable behavior. It’s another bad week for women, y’all.