Focus pulls attention away from ailing Fifty Shades Of Grey 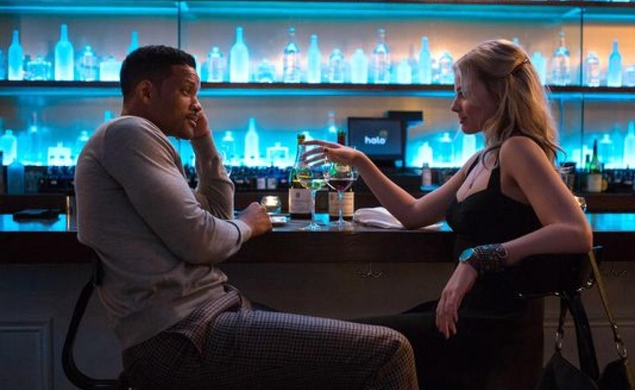 Will Smith is back, baby! Sort of! After hanging up the ol’ movie star hat for awhile there, Smith returned to leading manhood with this weekend’s opener, Focus. The convoluted con man tale might seem like more of a summer offering, but the slick story of greed and Margot Robbie experimenting with increasingly more architectural hairstyles at least provided a fresh breath of air in an otherwise stale stable of late winter offerings. In short, its release means that everyone can stop going to see Fifty Shades Of Grey. Focus topped the box office with a $19.1 million take, an opening roughly on par with Smith’s Seven Pounds, widely considered one of his worst flops to date. Yet, with nothing comparable to the film—a sexy adult drama with strong action elements—set to hit theaters until Furious 7 opens on April 5, Focus might still be able to pull in new audiences.

The week’s only other wide release, the Flatliners-esque Lazarus Effect, opened in fifth place, making an impressive $10.6 million against its reported $3.3 million budget. Wide release horror is hard to come by this month, and even though limited releases like Hayride 2 (dammit, we missed Hayride 1) and festival darling It Follows will open later this month, we won’t get another big release until Unfriended on April 17. This one could keep scaring up audiences until at least then.

Last week’s number three winner, Kingsman: The Secret Service, crept up to the second spot (sorry, McFarland, USA, which slipped all the way down to the sixth spot after debuting at number two last week), pulling in $11.75 million, bringing its three-week total to $85.7 million, leaving $100 million within weeks of grasping. Turns out, audiences love highly stylized action toplined by a new face, Colin Firth, and a cute pug puppy in equal measure.

Although Kingsman might have beaten out this weekend’s number three winner, don’t ever doubt the power of an under-the-sea-dwelling sponge, as The SpongeBob Movie: Sponge Out Of Water made another $11.2 million, meaning that a movie about an actual kitchen sponge has made over $140 million at the box office in just four weeks. Who knew that kids these days were still so wild about cleaning products?

This season’s once-unstoppable juggernaut, Fifty Shades Of Grey, fell to fourth place after slipping to third place last week. Although the film made nearly $11 million this weekend, that box office take is a steep drop-off—over fifty percent!—from last weekend’s result. Are people finally losing interest in this sordid S&M-obsessed love story? We can only hope.

In the indie sphere, new release ’71 pulled out the best overall average of all the weekend’s offerings, as the Jack O’Connell in peril (again, always in peril) drama made over $60,000 in just four theaters. Another big indie release, David Cronenberg’s Maps To The Stars, hit 66 theaters, making $139,000 along the way. Hollywood and all its icky glory might not be entirely ready for this one, which is entirely the point of the auteur’s latest upbraiding of the entire industry.