Sundance deal roundup: Here's who will bring you the indie darlings of tomorrow 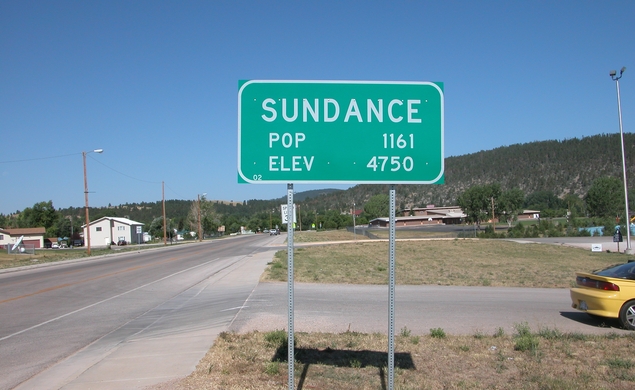 I’ve never been to Sundance, but in my imagination, it’s non-stop yelling for 24 hours of every day. Actors yelling at their agents on phones, shivering attendees yelling at volunteers who smugly inform them that this screening has reached capacity, and studio executives bursting veins in the process of locking down rights to the indie breakouts and awards juggernauts of tomorrow. Perhaps things have changed since the days of Barton Fink, but yelling surely still plays at least a minor role in the entertainment industry. All that imagined yelling hasn’t gone to waste, either. Independent studios have snatched up distribution rights to the buzziest films at the festival, so that we unwashed commonfolk may run our grubby peasant-eyes over them later in the year. The Dissolve ran a partial deal report earlier this week, but here’s an updated list of exciting Sundance pictures that we’ll all have to patiently wait months to actually see:

Magnolia purchased worldwide distribution rights to The Wolfpack, a documentary about a group of teens who spent their formative years isolated in a Lower East Side apartment, and connected to the outside world by obsessively memorizing and re-creating movies. Magnolia also joined forces with Participant to lock down another hot documentary at Sundance, cementing a high-six-figure deal for The Best Of Enemies, a closer look at the highly contentious televised debates between Gore Vidal and William F. Buckley Jr. in 1968. With a big-screen treatment courtesy of Morgan Neville (winner of last year’s Best Documentary Academy Award for 20 Feet From Stardom), Buckley and Vidal’s legacy as the Biggie and Tupac of late ’60s American Congressional politics will remain fully intact.

Burning right through the documentaries: Sundance Selects won distribution rights to City Of Gold, a guided tour through the cuisine of Los Angeles with Pulitzer Prize-winning LA Times food critic Jonathan Gold. This will be a most welcome release, if for no other reason than that its reviews will be full to bursting with food puns. Will this movie be “a sumptuous feast” or “thin gruel”? Will it be “undercooked” or “overdone”? Truly, only time will tell.

The tweets coming out of Park City that declared “FOX SEARCHLIGHT BUYS BROOKLYN” were, at first, slightly worrisome. If anybody was going to completely purchase the 2.6 million-person borough, it should’ve probably been A24 or Annapurna Pictures. You know, someone with a little more indie street cred. But those fears were misplaced, as Fox Searchlight only bought the rights to Brooklyn, a drama starring Saoirse Ronan as an immigrant torn between her life at home in Ireland and the promise of 1950s America. Our man-on-the-scene Noel spoke warmly of the film in his Day 5 report: “It’s a sunnier spin on The Immigrant, and the kind of arthouse picture that cinephiles can unreservedly recommend to their parents. But it’s hardly broad or pandering.”

Another emissary from a far larger enterprise, Sony Pictures Classics was on the hunt over the past few days as well. The boutique label secured rights to Grandma, a Lily Tomlin vehicle that sees the actress play a crusty but benign oldster who comes out of her shell when a precocious teen unexpectedly enters her life. It, one hopes, will share little in common with the dozen movies that follow that same logline.

A24 already landed a pair of major gets with the David Foster Wallace sorta-biopic End Of The Tour and with The Witch, the Babadook-level scareapalooza that allegedly adheres to its 17th-century Massachusetts setting with exhaustive verisimilitude. (Though it’ll have to get through this former tour guide of MA’s historic Salem Witch Museum and Rebecca Nurse Homestead before such claims can be definitively confirmed.) But the studio also snapped up Mississippi Grind, a drama from the directorial team behind Half Nelson that finds degenerate gambler Ryan Reynolds blazing a path through the American south with a younger card shark in tow. In his dispatch from Day 4, our man Mike D’Angelo had his reservations: “Unfortunately, the film’s grittiness and weary pathos ultimately gives way to a disappointingly pat finale, and while some effort is made to undermine/qualify the implausibly happy ending, it just ain’t enough.”

In a bit of good news for our readers outside the United States, the United Kingdom’s Soda Pictures landed the rights to distribute fest breakout Slow West—in Canada. Canucks will soon be able to see the frontier-era coming-of-age road movie that stars Kodi Smit-McPhee (Dawn Of Planet Of The Apes) as a teen traveler eventually joined by Michael Fassbender.

These are the deals that’ve played out over the past few days. For an even more comprehensive list, /Film has kept a running tally of all major acquisitions.