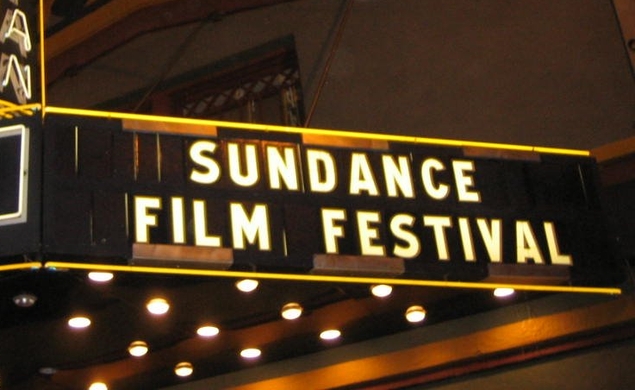 Over in Park City, the Sundance Film Festival is now in full swing. Mike and Noel, our trenchant men on the scene, have braved multi-hour waits and tents steaming with chili-farts to deliver us some dynamite missives, with more to come. But while our trusty critics fawn over the toast of the program and lament missed opportunities, studio officials scramble to secure rights to the films that generate buzz. Below, we’ve compiled an exhaustive rundown of films that have already been snatched up, with links to Mike and Noel’s coverage when applicable.

IFC ponied up $3 million for the rights to The D Train, a comedy starring Jack Black, James Marsden, Jeffrey Tambor, and Kathryn Hahn. Jack Black plays a former high-school loser who tries to reinvent himself by planning a reunion for his classmates and winning the attentions of the most popular guy in class (Marsden). Mike liked the film but recognized that it had its share of problems: “It’s a mess, but that’s largely because what it’s attempting is inherently messy, at least for the time being.”

Alchemy, the company formerly known as Millennium Entertainment, dropped around $1.5 million for Strangerland, a who’s who of big-name Australian entertainers. Nicole Kidman, Joseph Fiennes, and Hugo Weaving fill out the cast in this harrowing tale of a couple who lose their children in the unforgiving Australian desert.

Boutique label A24 is reportedly nearing a deal on the festival breakout The Witch, to the tune of “low seven figures.” The film joins The Babadook and It Follows in a recent trend of well-crafted horror festival darlings. In his roundup of Day 2, Mike broke it down as “Arthur Miller’s The Crucible reconceived as a genuine, unrelenting descent into darkness.”

Relativity coughed up around $3 million for Sundance’s opening-night selection, The Bronze, following an intense negotiation. The comedy stars The Big Bang Theory’s Melissa Rauch as a foulmouthed gymnast who feels her legacy is threatened by the arrival of a new young talent.

Ink has dried on a seven-figure deal for Sony Pictures Classics to distribute Diary Of A Teenage Girl, a drama chronicling a teen comic-book creator’s misadventures in sexuality and romance. Noel praised it in his dispatch, writing, “The film is heartbreakingly specific about that particular period of adolescence when kids are mentally and physically primed to experiment with grown-up pleasures, but not emotionally ready.”

One of the largest deals at the festival decided the fate of Dope. The urban punk-rap bildungsroman went to Open Road Films and Sony Pictures for at least $7 million, with $15 million in P&A. The film stars Zoe Kravitz and A$AP Rocky. Mike granted the film measured praise: “The film does have a message, involving the desire not to be categorized and dismissed due to one’s background or interests, but nothing so breezy could possibly come off as preachy.”

After being the subject of a bidding war between Netflix, A24, The Orchard, Lionsgate, and Bleecker Street and Roadside Attractions, the Duplass-produced comedy The Overnight (Mike wrote, “Brice creates funny caricatures, then transforms them into real people. It’s bracing.”) has been acquired by Orchard.  And after a war between Fox Searchlight, Lionsgate, and Focus Features, Me And Earl And The Dying Girl has been sold to Fox Searchlight and Indian Paintbrush for a record $12 million.