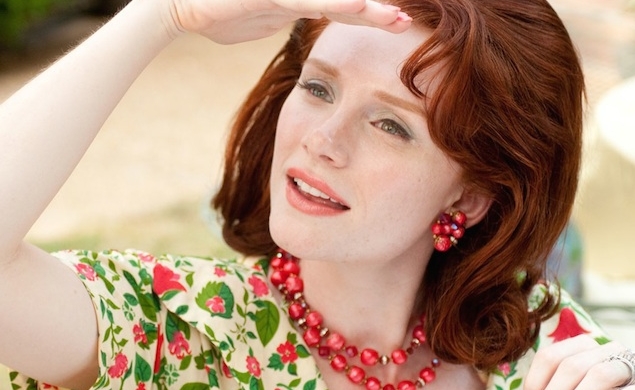 If there’s one thing every film about a boy, his dragon, and the perils of orphanhood needs, it’s a kindly lady type to help things along (and, to presumably sing about how things aren’t easy and such), and David Lowery’s Pete’s Dragon reboot may have just captured its very own kindly leading lady.

Variety reports that Bryce Dallas Howard is in “early talks” to play the “female lead” in the upcoming reboot. If you remember the brazzle dazzle brilliance of the 1977 feature—and your childhood practically demands that you do—you surely remember Nora (played in the film by Helen Reddy), the daughter of lighthouse keeper Lampie, who eventually adopts Pete. Although Howard’s possible role has not been disclosed, we’re guessing it might be a twist on Nora, as she is the true female lead. (And, no, we refuse imagine Howard as mean old Miss Taylor.)

Lowery—best known for his Sundance-nominated Ain’t Them Bodies Saints—will direct the feature from a script he penned with Toby Halbrooks, which is described as  “a reinvention of the 1977 film that revolves around Pete and his best friend Elliot, who happens to be dragon.” Of (important) note, Lowery’s feature will not be a musical (what?!), instead this new Dragon will be a “straight narrative” that blends live-action and CGI to go high flying with Pete and Elliot. But will there be bank robbing?

The film already has a pair of stars in place, with Oakes Fegley set to play Pete and Robert Redford somehow still in talks to play some sort of dragon-tale-talking patriarch guy. No word yet on the dragon.