Brazzle Dazzle Day is upon us: Robert Redford in talks to join Pete’s Dragon reboot 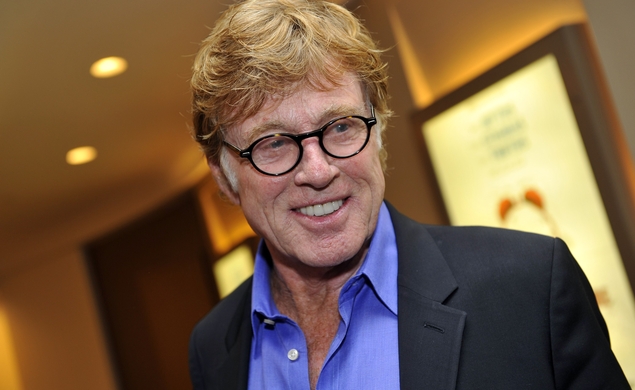 Robert Redford has steadfastly remained one of American film’s most enduring living treasures. Last year, at age 76, Redford delivered a terse, elemental tour-de-force performance in J.C. Chandor’s powerful All Is Lost. Over a career spanning six decades, Redford has starred in no small number of bona-fide classics (Butch Cassidy And The Sundance Kid, The Sting) and earned an Academy Award for getting behind the camera on 1980’s Ordinary People. Variety notes today that Redford is currently in talks to join the cast of the newest film from David Lowery, editor of The Dissolve’s fifth-favorite film of last year and director of Essential Viewing-certified Ain’t Them Bodies Saints.

What an exciting pairing: an elder statesman of film acting joins forces with an extremely promising new voice in American cinema. Perhaps they’ll cook up another gorgeous, lyrical crime drama in the vein of Saints. Except no, they will not, for Lowery has signed on to direct a live-action adaptation of Disney’s 1977 animated musical Pete’s Dragon.

The reboot, which will mercifully leave the original’s zippy showtunes behind, would feature Redford as “a resident of a logging community that tells stories of dragons.” Yes, the man declared “The Godfather of Indie Film” in his entry on TIME’s list of 2014’s Most Influential People in the World may very well appear in a remake of the film that brought audiences “Brazzle Dazzle Day.”

All teasing aside, Redford has grandkids, and who among us could possibly fault him for wanting to create something he can enjoy with them? Lowery proved himself a talented hand with Saints (which, it bears mentioning, made its debut at the Redford-founded Sundance Film Festival), and his guidance could spin a lovely trifle from Disney’s irrepressibly doofy bit of 1970s cheese. Besides, dragons are very ‘in’ right now.