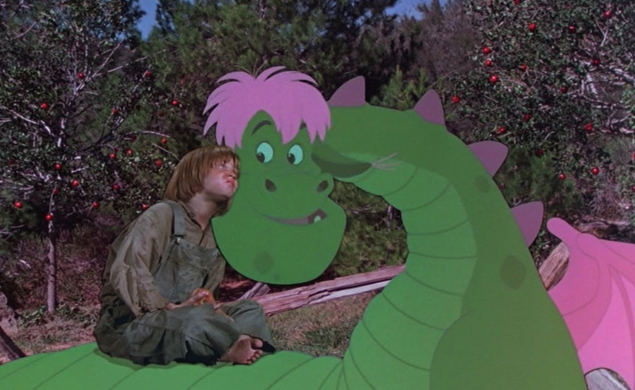 There might not exactly be an overwhelming demand for a remake of Pete’s Dragon, Disney's sort of fondly remembered 1977 animation/live-action hybrid musical about a boy and his dragon. (True confession: I don’t really know much more about it. Given the choice as a kid to see Pete’s Dragon for the first time or Star Wars for the third, I went with Star Wars.) That might be okay, though. Roger Ebert always made a persuasive argument that great films don’t always make for great remakes, and this might be a chance to start from scratch and make something interesting outside the long shadow of a beloved original. And by all reports, this Pete’s Dragon will depart substantially from the original. It’s not a musical, for starters, and the dragon will now be CGI. Also, it will be directed by David Lowery, whose Ain’t Them Bodies Saints was a highlight of last year.

But what’s a Pete’s Dragon without a Pete? Not much, since the name’s in the title. Without one, Disney might as well shut the film down and move on. Thankfully, Variety has an item announcing the casting of Oakes Fegley, most recently seen on Boardwalk Empire and in the now-in-theaters This Is Where I Leave You. The article also mentions that Oona Laurence, late of the Broadway hit adaptation of Matilda, has been cast as Natalie, a friend to Pete who’s a new addition for this film. That’s the news for now, Pete-heads. Watch this space for updates as they happen.