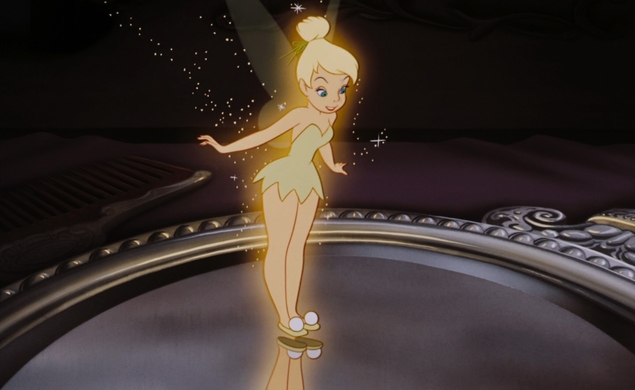 Disney’s iconic and cheerily racist Peter Pan animated feature flew into theaters amid a trail of fairy dust in 1953. The kid-friendly stage musical followed soon after, making its debut on Broadway in 1954. The boy who never grew up must be due for another dose of that special kind of magic called public adoration, because Peter Pan fever has quietly spread across America over recent months. In a few weeks, NBC will follow its financially successful Sound Of Music Live! special with a similar on-air performance of the 1954 musical, to star Girls actress Allison Williams (daughter of NBC anchor Brian Williams, which led to this charming moment) and excellent dancer Christopher Walken. Next year, Joe Wright’s fantasy adventure Pan makes its premiere with Hugh Jackman as Captain Hook, newcomer Levi Miller as Peter, and noted white woman Rooney Mara as Tiger Lilly.

Clapping audiences clearly haven’t stopped believing in fairies, as evidenced by Deadline’s announcement today that gears have begun to turn on yet another Peter Pan adaptation. Melissa McCarthy has signed on to play Tinker Bell in a comedy that centers on Peter Pan’s pint-size pal. No word as to what adventures Tink will embark upon in the new film, but the film promises a “fresh take on the classic tale.”

In recent years (owed in no small part to the blockbuster blandness of Tim Burton’s Alice in Wonderland), that description has become a real red flag. Audiences may close their eyes tight and hope that “fresh take” signifies a take that is actually fresh—following the example of the upcoming Into The Woods film adaptation, which engages with and deconstructs timeless fables in a meaningful way—though attached director Shawn Levy’s résumé doesn’t provide much reassurance. Levy was responsible for The Dissolve’s first zero-star film and our inaugural Worst Film of the Year, The Internship. Mike D’Angelo wasn’t crazy about Levy’s recent move into drama with This Is Where I Leave You, and Levy’s next major theatrical release prominently features a monkey urinating on tiny versions of Steve Coogan and Owen Wilson. (Ahh, the beauty and power of cinema.)

McCarthy’s a comic genius with the right material, but all signs indicate that the to-be-titled Tinker Bell film will crash, rather than fly.