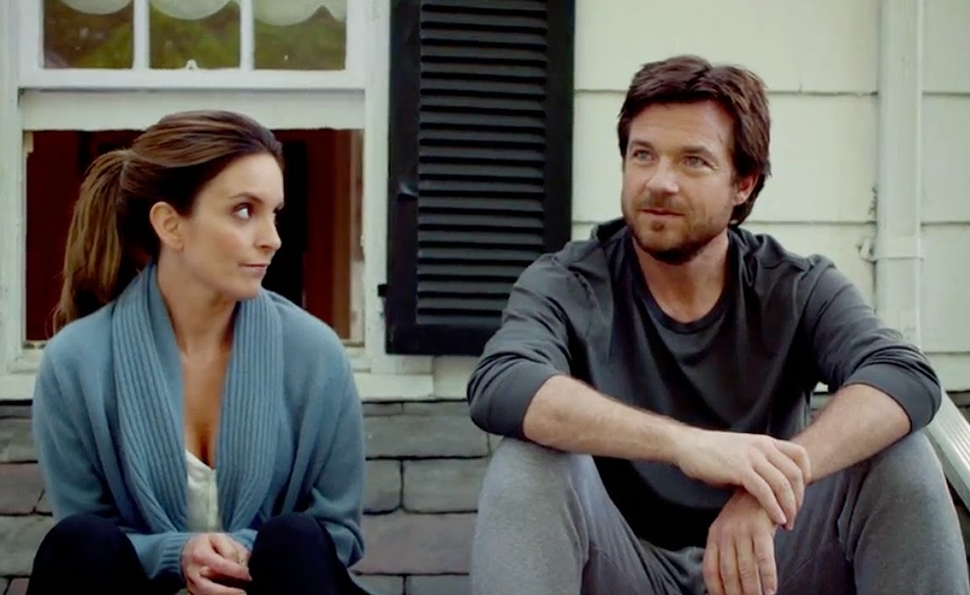 This Is Where I Leave You

The contentious extended family at the center of This Is Where I Leave You is called the Altmans, but there’s nothing Altman-esque about the film, apart from the size of its cast. This Is Where I Leave You struggles in vain to meld broad, farcical comedy with low-key, contemplative drama. It lurches so violently between its twin modes, in fact, that it’s a wonder the actors are able to remain standing upright. Thankfully, they’re a formidable ensemble—even relatively small parts are played by the likes of Connie Britton and Timothy Olyphant, ensuring that nuggets of emotional truth get smuggled past all the shouting and flailing.

Adapted from a bestselling novel by Jonathan Tropper, This Is Where I Leave You tweaks a standard device for throwing together relatives who’d normally prefer to avoid each other. Following the funeral of the Altman clan’s patriarch, his widow, Hillary (Jane Fonda), informs her adult children that even though their father wasn’t a practicing Jew, his last request was that they sit shiva for him, meaning that they’re more or less confined to the family home for a week. That’s mostly fine by Judd (Jason Bateman), who’s only just learned that his wife (Abigail Spencer) has been cheating on him with his shock-jock boss (Dax Shepard). However, it does require Judd to cope with various crises involving his sister, Wendy (Tina Fey), his brother, Paul (Corey Stoll), and his much younger brother, Phillip (Adam Driver), along with their assorted significant others (Britton, Kathryn Hahn) and missed opportunities (Olyphant, Rose Byrne).

For some reason, this project, which seems firmly in the wheelhouse of a middlebrow filmmaker like Lasse Hallström or Roger Michell, was instead entrusted to Shawn Levy, whose oeuvre consists almost entirely of mirthless yukfests: The Internship, Date Night, both Night At The Museums, Cheaper By The Dozen, etc. Since Levy has proven again and again that his touch kills comedy, it’s no surprise that TIWILY (rhymes with “smiley”) is at its worst when peddling coarse gags about Hillary’s boob job, or a baby monitor that broadcasts noisy sex to a roomful of mourners. (For a catalogue of the most egregious offenses, watch the trailer. It’s all there, toned down slightly for mass consumption.) What is surprising is the restraint and sensitivity Levy demonstrates during the film’s quieter, more heartfelt scenes. TIWILY's quality is inversely proportional to the number of people onscreen at any given time; one-on-one encounters between siblings and lovers often resonate, while crowd scenes invariably inspire cringes.

Coincidentally, this movie arrives in theaters shortly after the publication of a much-discussed piece by New York Times film critic A.O. Scott titled “The Death Of Adulthood In American Culture.” In a way, it’s unfair to judge Tropper’s story by that metric, since the whole point is that Judd and his siblings regress when they’re stuck together in their childhood home, surrounded by the trappings of their past. However, it still seems significant that amid all of this immature behavior, the most admirable character by far is Britton’s Tracy, who’s dating the much younger and emotionally unstable Phillip, but has no illusions about the relationship’s long-term viability—or about anything else, for that matter. It helps that she’s rich, no doubt, but her refusal to get mired in the Altman family’s juvenile antics underlines their silliness in a way that makes the movie as a whole seem vaguely tiresome, even when it isn’t straining for laughs. Nobody ever actually says “This is where I leave you” during the film, but Tracy, more than anybody else, embodies the sentiment, and the impulse to follow her when she departs is strong.

GoWatchIt: Buy. Rent. Stream This Is Where I Leave You