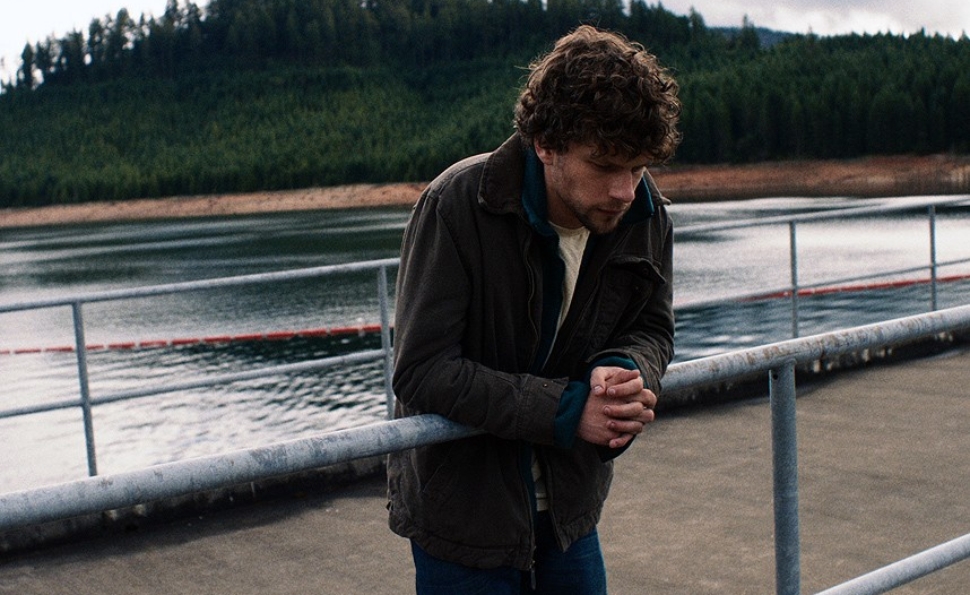 It’s an inevitable part of the festival experience: A hugely anticipated movie turns out to be a crushing disappointment. At this year’s TIFF, the film I was most eager to see was Night Moves (no relation to the 1975 film of the same title), the latest from Kelly Reichardt, whose Old Joy and Meek’s Cutoff rank among my favorite American indies of the past decade. I was vaguely aware that Night Moves wasn’t looking like a slam-dunk: An inside source told me it had been rejected by Cannes last spring, and it’s conspicuously absent from the lineup of the forthcoming New York Film Festival, which has supported Reichardt in the past. (The film did win the top prize at the smaller Deauville Film Festival last week, and was selected for competition at Venice, where it proved divisive.) But it still hurt when this slow-burning eco-thriller, starring Jesse Eisenberg, Dakota Fanning, and Peter Sarsgaard as activists plotting to blow up a dam, proved to have few of the qualities that have made Reichardt such a distinctive voice.

It’s not as if she suddenly became a bad filmmaker. Night Moves features a number of sequences, especially in its superior first half, that expertly sustain a sense of white-knuckle tension from apparently mundane circumstances. In the most memorable, Fanning’s attempt to buy 500 pounds of ammonium-nitrate fertilizer is politely but firmly stonewalled by an employee (played by that most delectably ambiguous of character actors, James Le Gros) who seems to be struggling to contain his suspicion. But this is the first of the movies Reichardt has made with her writing partner, Jon Raymond, in which the characters feel like they’re at the mercy of the narrative rather than driving it. (Actually, I felt that a bit with Wendy And Lucy, too, though not nearly as much.) Both Eisenberg and Fanning have deliberately been given little to work with, and neither one succeeds in creating a performance that fills in the gaps—I couldn’t even tell you how long Eisenberg’s brooding Josh and Fanning’s high-strung Dena have known each other, or whether they were once romantically involved. And those details matter, given the trajectory of this unusually (for Reichardt) plot-driven movie. Shocking events occur, but they carry little weight, because they seem imposed from without. I should note, however, that our own Scott Tobias loved Night Moves and thinks I’m on crack—we had one of those debates that mostly involved him looking pained at everything I said and muttering “Oh, no, no”—so those looking forward to it can feel free to keep hope alive.

I know something about keeping hope alive myself, because I keep running out to see Kim Ki-duk movies even though a large percentage of them—including some inexplicable award-winners, like last year’s Pieta—fall into a range between regrettable and abysmal. On paper, his latest, Moebius, looks like a prime candidate for that group: It’s a completely wordless (though not silent—there are screams and groans a-plenty) grand guignol madhouse involving multiple severed penises, among other atrocities. This time, however, Kim’s in complete tonal control, and it’s quickly clear that he intends Moebius as a sick, over-the-top comedy of the sort generally produced in America by Troma. (If the film’s U.S. distributor has any balls, it’ll retitle it Dickless.) From the despairing dad who keeps conducting hilarious Google searches on terms like “orgasm no penis” to the various schlong-deprived characters who get off by having knives stuck into their shoulders and jimmied around by tender topless women, this insane picture takes its ludicrous premise to the limit and beyond. And while the total absence of audible dialogue initially seems like a stunt—on the few occasions when anyone speaks, e.g. to a doctor or on the phone, they leave the room and do so from too far away for the viewer to hear—it accumulates a genuinely primal force over time, to the point where it really does feel as if the movie is fueled by pure, undiluted emotion. Kim’s efforts to make Moebius poignant as well as funny are considerably less successful, and he doesn’t quite come up with an ending (the film’s title signifies its narrative’s loop-de-loop), but the folks who stormed out of my screening in disgust early on missed some truly classic moments in world cinema, most notably a desperate struggle by two men to retrieve a severed penis from the middle of the road before it gets squashed. Those who won’t want to miss this know who they are. Everyone else has been warned.

From literal castration to an emotional hysterectomy: Sebastián Lelio’s beautifully judged Gloria, which deservedly won the Best Actress prize at Berlin earlier this year, features Paulina García in the title role, that of a divorced woman in her 50s who’s not yet ready to be the fabled lonely cat lady. First seen downing drinks and making moves at a local disco, Gloria eventually embarks on a relationship with a fellow divorcé, Rodolfo (Sergio Hernández), doing her best to ignore the fact that he spends most of his time with her dealing with his ex-wife and their two adult daughters. García initially plays Gloria as a generic sad sack, underlining her melancholy by making her overly chipper in other people’s company, but the character deepens enormously as the film goes along, and what had looked like miserabilism resolves into a paean to resilience. Gloria makes the mistakes we all make: she acts on impulse, ignores clear warning signs, makes stupid allowances that trample her own dignity. But she’s a trooper, in her own endearingly goofy way—even when her weary attempt to be the cat lady after all is taken from her, she accepts the loss and moves on. At a key moment, the disco-era song “Gloria” (in its original Italian version, not Laura Branigan’s cover) takes over the soundtrack, and it’s never felt so much like an anthem.

Also seen: Noel’s already raved about Under The Skin, and I largely agree—indeed, for about an hour, I was convinced I was seeing one of my favorite movies of all time. At a certain point, the film takes a turn that I was hoping it wouldn’t, narrative-wise, but it’s still a fundamentally mindblowing experience—one of the most visually audacious films in recent memory. On the other hand, I was less taken than Scott with both The F Word and The Unknown Known. The former is often very funny, with Zoe Kazan and Daniel Radcliffe giving great banter, but considerably less successful when striving for emotional resonance; the latter really just amounts to one long, artfully crafted Donald Rumsfeld briefing, with Errol Morris oddly declining opportunities to confront his subject with his own past lies and evasions. (He does impeach him with archival footage, but we can see Jon Stewart do that on The Daily Show.)

Hong Sang-soo keeps making the same basic movie over and over, and he’s done so again with Our Sunhi, a pleasant romantic roundelay that never quite gathers a real head of steam. (It also closely resembles Hong’s Oki’s Movie, from just a couple of years ago.) Much more confounding is When Evening Falls On Bucharest, Or Metabolism (hell, just the title is confounding), in which Romanian filmmaker Corneliu Porumboiu (Police, Adjective) depicts the working relationship between a director and his actress/lover using a weird, alienating combination of deliberate withholding and on-the-nose dialogue, including multiple lengthy conversations concerning the nature of form and function. My personal allergy to interview documentaries (except those by Errol Morris) made me largely impervious to The Last Of The Unjust, another of Claude Lanzmann’s adjuncts to his landmark Holocaust doc Shoah; those unafflicted may be more interested in his three-and-a-half-hour discussion (conducted way back in 1975) with Benjamin Murmelstein, a Jewish Elder who was accused of having collaborated with the Nazis at the Theresienstadt concentration camp. And keep an eye out for the Russian genre sleeper The Major, a deeply cynical tale of police corruption in which even efforts to do the right thing backfire hideously. The movie concludes with a “moral” so disturbing that you’ll want to have a shot of vodka handy.