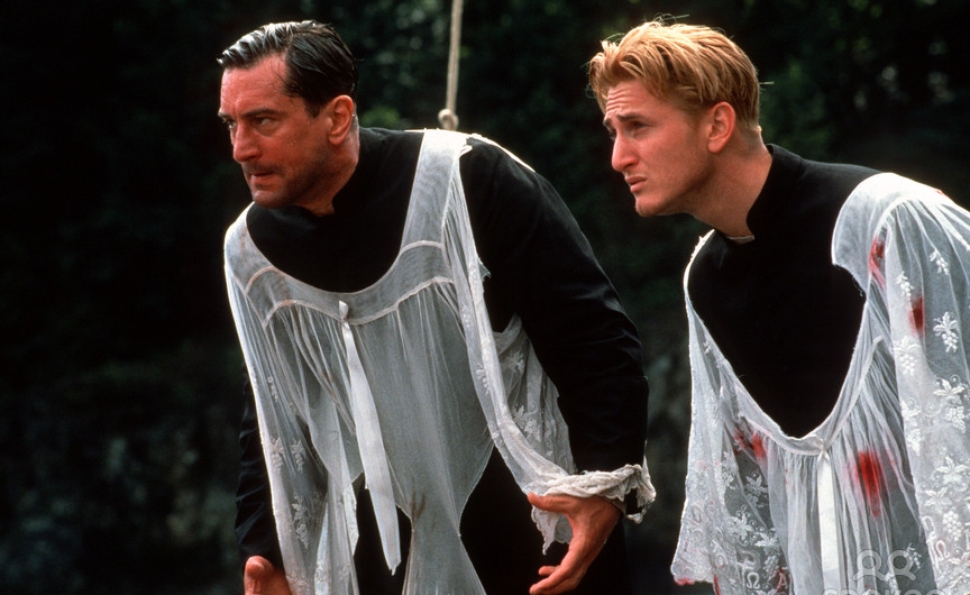 Robert De Niro and the origin of “The Face”

It seems funny in retrospect, but when We’re No Angels opened on December 15, 1989, when I was a senior in high school, I made a beeline from the closing bell to the first matinee at the nearest multiplex. Robert De Niro was my favorite actor. And here he was, making a comedy alongside Sean Penn, who was brilliant earlier that summer in Casualties Of War, and in Colors and At Close Range before that. (Oddly, I didn’t catch up with Fast Times At Ridgemont High until later in life, denying me one of Penn’s greatest performances and the formative experience known as Phoebe Cates.) David Mamet, hot off The Untouchables and House Of Games, wrote the script, and Neil Jordan, whom I knew only from the fine Mona Lisa—having skillfully sidestepped High Spirits the year before—was the director. This would be the movie event of the season, a capper to a watershed year that had already yielded Drugstore Cowboy, Do The Right Thing, and Sex, Lies, And Videotape. Cut to two hours later:

“I liked that,” I lied to myself, and would vociferously argue to the movie’s defense, which is the type of thing that happens when you have to come to terms with your heroes letting you down. I was the Replacements fan scrambling to make the case for Don’t Tell A Soul, or The Simpsons fan riding the show off the season 10 ledge. The stages of pop-culture grief can take some time to go through, and it took the better part of a year for me to finally admit, to others and myself most of all, that We’re No Angels is a mediocrity. And that De Niro, the best actor alive, may not have given his most inspired performance. It was an early lesson for a future critic: Sometimes your heroes let you down.

In De Niro’s case, the letdowns never stopped, at least once his career entered the 21st century. Whether the result of bad decisions, dwindling opportunities, or settling into middle age, the De Niro who was once so electric in Mean Streets and The Godfather Part II would appear more often in Hollywood comedies like the Analyze This and Meet The Parents movies, Showtime with Eddie Murphy, and more undignified affairs after that. And as the quality of the work went down, De Niro seemed to disengage right along with it; the man who once so famously committed to each role that he packed on 60 pounds for Raging Bull had lost his Method edge, either because the projects didn’t ask for it or because they weren’t worthy of it. And his fallback expression—the one that signaled right away that we were not going to get De Niro at his best—was “The Face.” This is The Face: 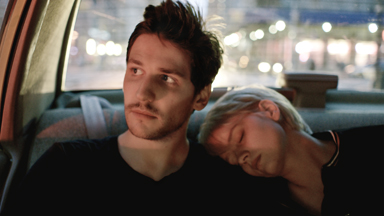 The Face is a pinched expression—mouth down, eyes pleading, wrinkles creasing sharply on his forehead and along his cheeks. It’s the “this” in Analyze This; it’s the “that” in Analyze That. Whenever De Niro wants to look comically aggrieved, that’s where he goes, and it’s a note he mashes with the metronomic regularity of a Philip Glass composition. We’re No Angels appears to be Patient Zero for The Face, which spread like wildfire across De Niro’s career once he contracted it. Revisiting the film for this column, it was a pleasure to discover that De Niro deploys The Face with good cause and to great effect. It’s Neil Jordan’s pokey sense of comic timing that betrays him, not the other way around.

Though ostensibly a remake of Michael Curtiz’s lifeless 1955 comedy of the same name, Jordan’s version shares only the basic idea of escaped convicts learning to like the locals who are giving them cover. There’s a thinner connection, too: Both cast respected dramatic actors—in the 1955, Humphrey Bogart and Peter Ustinov—in rare comic roles, though De Niro and Penn look more comfortable with humor than their forebears. (Bogart and Ustinov had a third convict in Aldo Ray, who’s even more awkward than they are. The remake makes it a buddy picture.) Opening in 1935, the film follows Ned (De Niro) and Jim (Penn) as they’re sprung from a state penitentiary near the Canadian border and attempt repeatedly and haplessly to make it across the border to freedom.

One of the film’s smarter ideas is that Ned and Jim didn’t actually want to escape from prison. They’re just dragged along when a Death Row inmate blasts his way through the execution room. Deposited in the cold and snow, without having a clue where to go, they’re picked up by driver who mistakes them for visiting priests and drops them off at the monastery. Neither one is a religious man, so they mumble through prayers, hang their heads low, and occasionally offer up some banality they hope will be respected as wisdom.

The border town where the convicts land is a charming masterpiece of set design, a wood-paneled latticework of modest homesteads and decks that recalls a more put-together version of the seaside village in Popeye. Connecting the dots in Jordan’s diverse filmography isn’t easy, but he always starts with a rich sense of place—the fairytale immensity of The Company Of Wolves, the bomb-strewn WWII London of The End Of The Affair, the lonely supernatural realms of Interview With A Vampire and Byzantium—which gives We’re No Angels an appealing warmth even as it struggles to pick up screwball momentum. The film’s biggest problem is that it fails to square the rich ambience of a Jordan production with the rat-a-tat pop of a Mamet script. It feels a beat too slow, and perhaps too stately for a comedy about two hapless goofs trying to fake their way to freedom.

But the stars are game. Penn leans a bit too heavily on a blue-collar New York accent—and his dopey blankness recalls Spicoli in Fast Times—but it pays off the film’s funniest scene, when he improvises a public benediction. (“If it comforts you to believe in God, you do it. That’s your business.”) As for De Niro, I was pleasantly surprised to rediscover that The Face, this fallback expression I’d come to resent later in his career, is deployed to inspired comic effect. Consider poor, simple Ned: He isn’t very smart. He doesn’t necessarily want to be an escaped convict. He knows nothing of Catholicism, so it’s best for him to either stay mute or garble his words. And he’s enormously frustrated in his efforts to woo a brassy local (Demi Moore) and to cross a border that’s so agonizingly close. In that context, The Face is the perfect mask of dumb exasperation, giving De Niro the chance to pantomime as wildly as a silent comedy star. He wasn’t rewarded for it at the time—We’re No Angels tanked, and De Niro wouldn’t try straight comedy again until Wag The Dog eight years later—but his instincts were dead on.

Here in the disappointing twilight of De Niro’s career, the argument for his trademark wince withers in the face of Last Vegas, The Family, and The Big Wedding, just to name three from last year alone. In that light, the origin of The Face in We’re No Angels is an ironic reminder that it didn’t start as a lazy fallback, but the type of rigorously conceived performance that once set him apart. Like any other artist on the wane, creative exhaustion exacts a toll and inertia starts to take over, which means clinging to old gestures instead of inventing new ones. It’s how something special becomes one-size-fits-all.