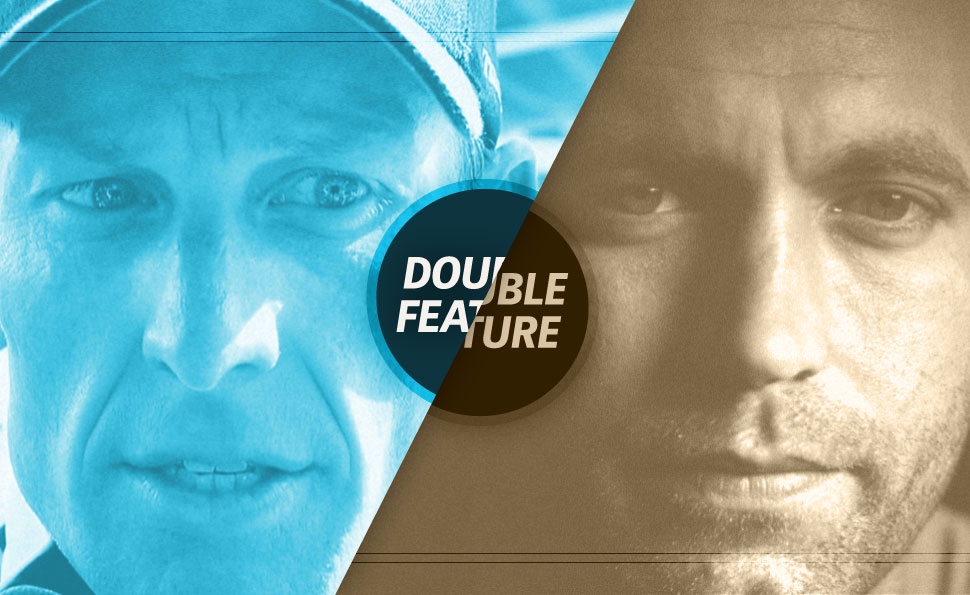 Lance Armstrong, the disgraced former cycling champion chronicled in Alex Gibney’s documentary The Armstrong Lie, and Brandon Darby, the progressive superstar-turned-Tea-Party-darling chronicled in the Jamie Meltzer-directed doc Informant, share an androgynous beauty that contrasts sharply with their overwhelming air of alpha-male aggression. They’re pretty, albeit in a way that wouldn’t preclude beating the shit out of someone with their bare hands for saying or doing the wrong thing. Both possess strong charisma rooted in professional achievements and earthy physicality; these are men with the disturbing magnetism of cult leaders, the type who can seemingly convince anyone of anything through sheer force of presence.

In The Armstrong Lie and Informant, Armstrong and Darby use their megawatt charisma as tools and weapons. Armstrong used the fame and power he earned as one of the most successful athletes of all time to intimidate rivals, humiliate people who spoke out against him, and generally do everything in his power to promote the useful fiction that he was a heroic champion who overcame cancer and won a series of stunning victories without the use of performance-enhancing drugs. Before he was publicly, thoroughly disgraced, Armstrong raised millions for his Livestrong cancer charity, just as Darby used his magnetism to inspire his fellow activists and humanitarians to do things for the public good after Hurricane Katrina. When Darby and Armstrong conceived of themselves as heroes, as they clearly did and continue to do, that’s in no small part because there was ample heroism in their pasts.

Darby and Armstrong’s gifts are inextricable from their flaws. The drive to win at all costs that made Armstrong the most famous cyclist of all time also made him a bully, liar, and hypocrite whose covert machinations didn’t just taint his legacy and good deeds, they all but wiped them out. Similarly, the qualities that drew people to Darby also made it possible for him to control and manipulate them for his own purposes.

The Armstrong Lie and Informant devote a lot of screen time to letting their protagonists deliver their own stories in their own words. That’s in part because the nature of their narratives shift so much over the course of the films, but also because it’s compelling to watch these two master manipulators communicate. Even when they’re spewing noxious, self-aggrandizing bluster, which is often, they’re riveting, and the filmmakers implicate the audience as well as themselves in chronicling just how easy it is to be taken in by their subjects’ slick manipulations. The Armstrong Lie and Informant make it far too easy to understand how they could have fooled so many people for so long. 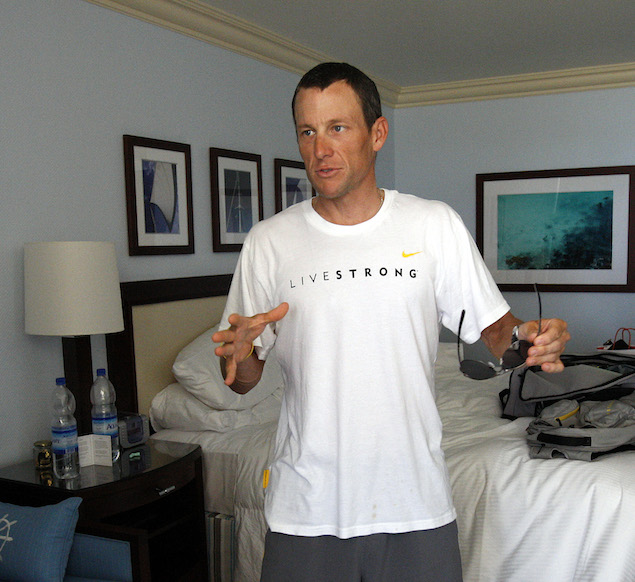 Informant opens with Darby, a troubled street kid with daddy issues, becoming radicalized, and traumatized, by the U.S. government’s response to Hurricane Katrina. Enraged and saddened, Darby becomes a progressive activist of unusual eloquence, a man with a lilting drawl and a face made for television news. The camera loves him, and he loves it in return, though his ego demands more than just occasional appearances on the local news or YouTube. The film shows Darby as a young revolutionary in the making, a man who talks dourly about taking up arms and the steps he’ll need to take to protect himself in the face of government oppression. He’s deeply invested in the image of himself as a hero and a catalyst. He doesn’t want to be a balding 45-year-old taking notes at a co-op board meeting, or a dude outside Whole Foods attempting to talk to strangers about Noam Chomsky and social justice. Darby wants to be an American Che Guevara.

Something changes within Darby, or at least it appears to. He’s disillusioned during a trip to Venezuela in 2006 and develops a father-son bond with an older cop named John Bryson. Bryson appeals to Darby’s sense of himself as a good guy, and helps get Darby in touch with the FBI. Then the passionate revolutionary adopts a seemingly unlikely but strangely inevitable new identity: secret agent. The man who came of age admiring the Black Panthers now sees himself in an antithetical—but still, to his eyes, heroic—position. Darby is no longer a rebel fighting a corrupt, entrenched system. He’s now cast himself as a rebel fighting a corrupt, amoral counterculture intent on destroying everything our nation holds dear.

Darby’s late-period take on heroism takes a form that looks an awful lot like villainy. Through intimidation and manipulation, he bullies a pair of weaker-willed younger activists into making Molotov cocktails, so he can turn them over to the FBI. Darby considers himself a hero for stopping a “crime” that evidence suggests wouldn’t exist if he hadn’t so doggedly tried to make it happen in order to justify his new image of himself as a dashing double agent. So while the nature of his rhetoric changes, Darby seemingly doesn’t. Whether in firebrand-progressive mode or indicting his former compatriots, Darby speaks with the complete, uncomplicated conviction of a zealot, a liar, or a sociopath: with a disconcerting sense that the world is knowable, and he has it all figured out. He continues to gravitate toward a narrative, and a political and philosophical viewpoint, that depicts him in the most flattering and heroic light, while denying competing narratives that would hold him accountable for his duplicity. 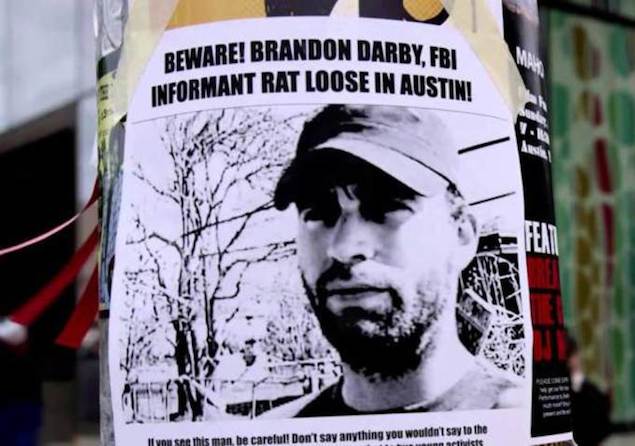 Unlike Darby, Armstrong didn’t have a choice in the shifting nature of his narratives. When Gibney signed on to make a film about Armstrong in 2009, the director ostensibly believed he was taking a break from his usual explorations of conspiracies and moral ambiguity to make a straightforward tribute to a champion making the most heroic of heroic comebacks. But circumstances shifted, and a movie about a hero became a documentary about the unmasking of a villain. Armstrong didn’t choose to come clean about his long-standing reliance on illegal PEDs and the elaborate cover-ups he and his teammates and sponsors had to concoct to keep their ruse going. He had to get caught lying and doping before his furious protestations of innocence—he seems enraged by the notion that anyone would expect him of anything untoward—were replaced by admissions that he had cheated for years, destroying lives in the process.

Yet, like Darby, Armstrong seems wholly lacking in remorse. Darby’s lack of regret is a little more understandable; in his mind, he really did nothing wrong, and simply followed his dedication to improving society from one side of the ideological street to the other. Armstrong, however, got caught cheating, but seems to understand the wrongness of his actions solely on an intellectual level. If Armstrong seems sorry for anything, it’s that he was caught and lost some big opportunities as a result. The beautiful, bogus narrative of Lance Armstrong, cancer-conquering clean hero, was replaced by a much uglier story of a repellent narcissist who denied the truth with a sociopathic zeal until denial finally became impossible. Armstrong had to own up to an ugly gauntlet of facts that cast him and his actions in a much different light.

Part of what makes The Armstrong Lie such compelling viewing is that Armstrong doesn’t seem to have learned anything from his experiences. The Armstrong Lie isn’t the redemptive, heartwarming story of an arrogant asshole who was humbled by adversity and a public humiliation the likes of which most can barely imagine. It’s the story of an arrogant asshole who has seemingly learned only the wrong lessons from his travails, and emerged without even the faint consolation of hard-won wisdom.

The same is true of Darby. If anything, he seems to have only grown more paranoid, arrogant, and self-martyring since his political conversion. The shared tragedy of The Armstrong Lie and Informant is that its subjects don’t seem to have evolved or matured through their experiences. Armstrong knows a lot about the media, but he never seems to have figured out that it likes at least a modest show of contrition from gods who have plummeted to the earth. Armstrong and Darby were once geniuses at getting their messages across clearly and persuasively. Yet both lack the self-awareness to realize they’ve become the villains of their own stories.