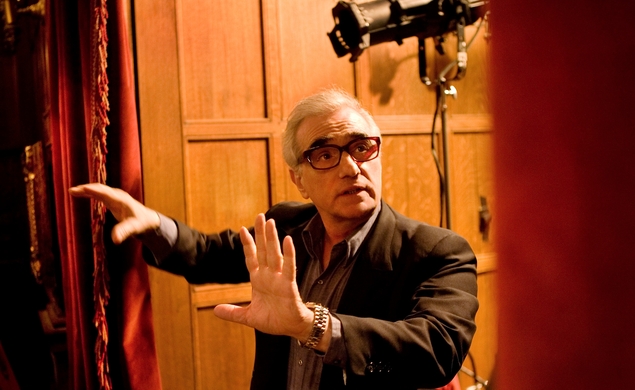 If Entourage taught us anything, it’s that securing financing for a film demands loads of careful coordination, wheeling and dealing, and a little good luck. (This concludes the list of things Entourage taught us.) But surely for someone with as much clout as Martin Scorsese, convincing a studio bigwig to pony up for your new movie shouldn’t too difficult, right? Not so much, it would seem. Marty’s status as one of the greatest American filmmakers alive was not enough to persuade Hollywood’s money-men to back Silence, a long-gestating adaptation of Shusaku Endo’s novel about Jesuit missionaries traveling through 17th-century Japan in search of their elder, who may or may not have experienced a recent lapse of faith. That is, until now.

Deadline reports the breaking news that Scorsese’s two-decade quest to bring this project to life has finally reached its goal. Production houses Fábrica de Cine and SharpSword Films have jointly provided Scorsese with the budget necessary to realize his visions of grandeur for what sounds like a truly epic follow-up to The Wolf of Wall Street. Scorsese intends to hit the ground running, with production set to begin Jan. 30 (as in, seven days from right now) in Taiwan. Even before the cash started flowing, Scorsese had corralled a strong lineup of collaborators. About a year ago, Liam Neeson signed on to portray Father Ferreira, the elder and object of their search. Andrew Garfield and Adam Driver—who, at age 31, has now worked with Clint Eastwood, Steven Spielberg, the Coen brothers, and Noah Baumbach, won the Volpi Cup for Best Actor at Venice, and has secured a starring role in what will most likely be the biggest blockbuster of the decade, so what have you done lately—will play the missionaries standing tall against prejudice and outright rejection from the Japanese locals. Silence also pairs Scorsese with his longtime editor Thelma Schoonmaker, who most recently cobbled together Wolf’s frenzied pace.

If there’s such a thing as a “typical Scorsese movie,” Silence ain’t it. Its closest precedent is probably Kundun, another sweeping, east-Asia-set historical epic. It’s exciting to see Scorsese, an artist deep into a long and illustrious career, still taking risks and exploring new territory. (In this case, quite possibly literally.) And the film’s religious bent will surely make a fine fit for Scorsese—in their constant focus on sin, penance, and absolution, all of Marty’s movies are, to an extent, religious pictures.