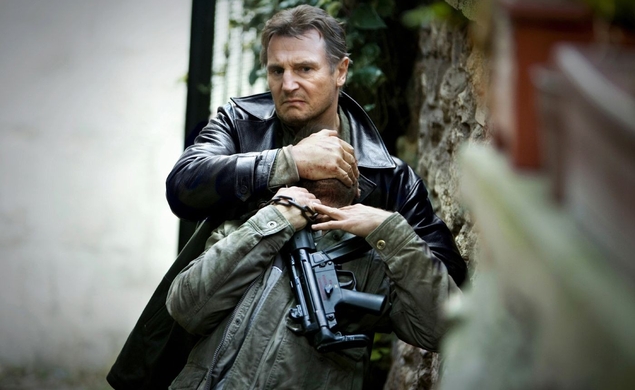 Even with The Wolf Of Wall Street still in theaters, even with his next film, a documentary about The New York Review Of Books, set to première in a few days at the Berlin Film Festival, Martin Scorsese is keeping busy. He’s lining up the cast of his next feature, Silence, which, according to Deadline, is about “17th century Jesuits who try bring Christianity to isolated Japan.” Andrew Garfield and Ken Watanabe were already attached to the project, but now Scorsese has snagged another big gun (as in, someone who literally carries big guns in basically every movie he makes these days): Liam Neeson.

Younger readers may not believe this, but there was a time when Neeson didn’t just crank out action movies about surly middle-aged men who repeatedly rescue their families from Eastern European sleazebags. So a movie about Jesuit missionaries (who don’t carry assault weapons) isn’t as out of character as it might appear. But for fans of the more hard-charging Neeson, fear not: Non-Stop, in which he plays an air marshall dealing with a plane hijacking, opens at the end of February. He’s also signed up to make Taken 3. But who will be taken this time?!? I hope it’s his dog. You don’t want to mess with Liam Neeson’s beloved pooch, V.I. Warshawski.