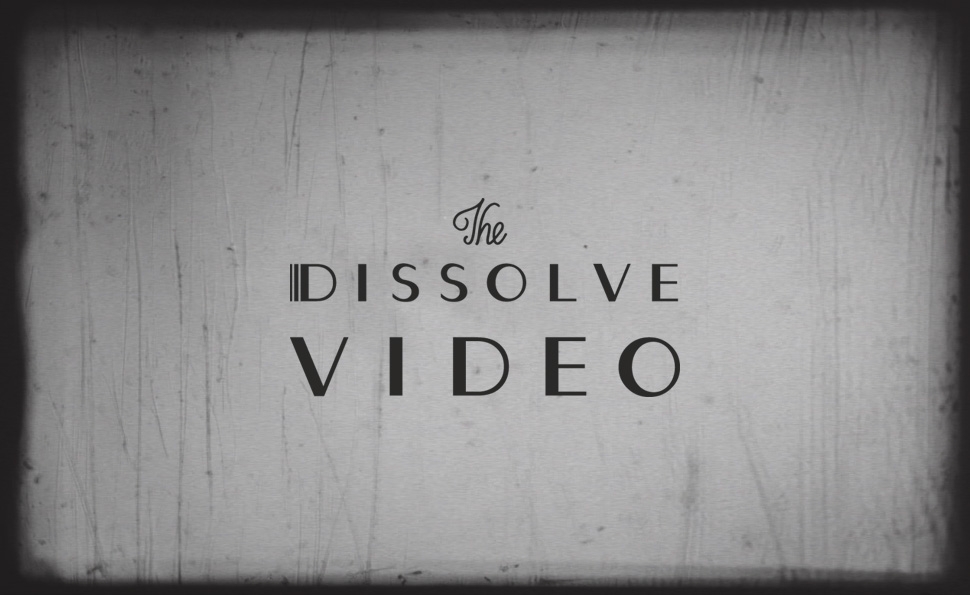 The Dissolve on dissolves: A video essay

by Kevin B. Lee

The average moviegoer is more likely to spend time thinking about acting, directing, or plotting than about transitional effects. But these neglected corners of the movies—the ethereal atomic elements, the overlooked nuts and bolts of the machinery—offer the richest areas of discovery. The Dissolve’s name offers a chance for viewers to dwell on a handful of revelatory seconds, via the website’s inaugural video essay, in which staff members each select one favorite example of this longstanding film technique.

The dissolve is the oldest type of transition between shots, according to three film scholars from Cornell University, who assembled a useful, accessible 2011 study on the technique. The earliest dissolves were done in-camera, by rewinding the last seconds of the negative after shooting one scene, and using them to film the start of the next. The first director to do this was Georges Méliès, with his 1899 film of “Cinderella.” The straight cuts between shots that we now take for granted didn’t become prevalent until the 1910s. Were they too illogical or shockingly disruptive to viewers at the start of the last century? Did it make more sense to ease gradually, soothingly, from one image to another?

As viewing habits evolved, the language of film became more adept at creating continuity techniques. By the 1920s, cuts became the suture of choice between shots, while dissolves were relegated to scene transitions, their slow shift between images drawing attention to changes in space and time. But by the 1960s and 1970s, even this usage largely gave way to straight cuts between scenes. Was it due to the costly, time-consuming impracticality of combining two negatives into one image, the fashionability of jarring New Wave cutting techniques, or both? As the Cornell study notes, following the dark age of the dissolve in the 1970s and 1980s, the technique has made a slight comeback over the last two decades, partly attributable to digital nonlinear editing technology that makes a range of effects more time- and cost-effective than in the prime of celluloid.

Beyond this broad account of how the dissolve evolved through technology and tastes, there are thousands upon thousands of individual instances from which to analyze its various applications. The seven examples in this video happen to be those The Dissolve’s staff find particularly notable in mapping out the technique’s possibilities. Tonally, they can be humorous (the Indiana Jones films), ominous (Citizen Kane), wistful (The Man Who Fell To Earth), or tragic (The Godfather Part II). They can traverse generations and planets, and present profoundly stunning associations (the emptying drain of Janet Leigh’s dead eye in Psycho; the stage that becomes a barren cliff in The Red Shoes) or superficially stunning spectacle (The “Nice dissolve!” of Spaceballs). Underneath all this, the ineffable sensation of one image gradually becoming another is incomparable with any effect in other media—perhaps only a slow transition between two sounds comes close. (Think The Beatles’ “Revolution 9.”) Those precious seconds between shots posit cinema as an amorphous gas, a nebula from which an endless array of images might emerge.