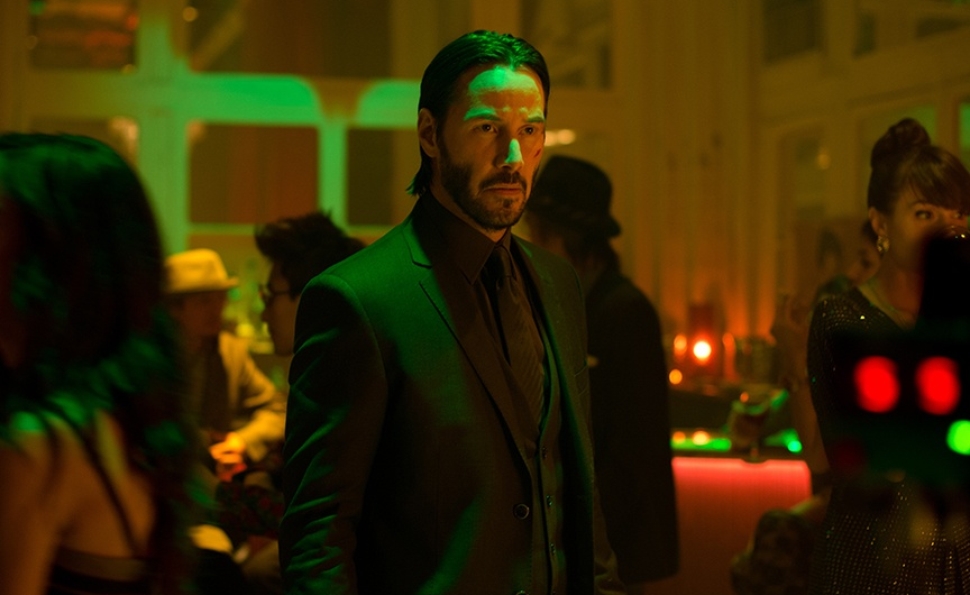 You owe Keanu Reeves a life

It’s weird to think of Keanu Reeves as a grizzled Hollywood veteran. But he turned 50 in September 2014, and 2015 will mark his 30th year in the movie business. It’s even weirder to think of Keanu Reeves as a grizzled Hollywood veteran while sitting across a table from him. In person, he doesn’t look a day over 35. He’s looking pretty spry in John Wick as well. In his new action film, Reeves plays a retired hitman who receives a parting gift from his dead wife: an adorable beagle puppy. But when Russian mobsters kill the puppy, Wick returns to his violent ways to seek revenge. Cue 100 minutes of intricately choreographed shootouts and fight scenes. The day after John Wick’s well-received première at Austin, Texas’ Fantastic Fest 2014, The Dissolve sat down with Reeves to discuss his return to action movies, how directing his first feature film changed his approach to acting, and the psychology underlying one of the greatest lines of his career.

The Dissolve: After a long stretch where you didn’t make any action movies, you’ve now made a bunch in a row.

Keanu Reeves: Um, yeah. I guess after Henry’s Crime in 2011 I did the documentary Side By Side. Then around there was 47 Ronin, and then John Wick and Man Of Tai Chi.

The Dissolve: Was that a choice to get back into the action genre, or just a coincidence of timing?

Reeves: I like action, I like doing action; emotional action movies, action movies with content, not just spectacle. I was reading scripts, and I really enjoyed the script [for John Wick]. I just thought it was a pretty fun idea, the two worlds that are created: the lower world and the upper world, the humor of it, the action of it.

The Dissolve: How fleshed-out was the underground economy of assassins in the script? Was there more that was lost in the editing process?

Reeves: No, it was all there. It’s just really a matter of degrees. There was more dialogue between Viggo and John [the primary antagonist and Reeves’ character, respectively] in the last fight that was a little bit more about fate and how it brought us together, and blah blah blah.

The Dissolve: It feels like John Wick could be a pilot for a TV show about The Continental, the hotel where all the assassins live and work. I would totally watch that show.

The Dissolve: In 2013, your first directorial project, Man Of Tai Chi, came out. Did the experience of directing change the way you approached acting for other directors?

Reeves: Yeah. On John Wick, I was working with Chad [Stahelski] and Dave [Leitch], who I’ve known for a long time. I met them through the Matrix trilogy. Chad was a stunt double for Neo, and Dave doubled Agent Smith. I originally sent them the script of John Wick to do action design, but I was hoping they would read it and want to direct it. And then they did, so I was really happy about that. They responded to the material and we took this expedition. I thought they had a great vision and concept, and I thought they executed it really well.

But I would definitely—not that they asked for it, but I was that guy who was like, “When you do this, you should think about this,” and, “When you’re doing this, maybe you should watch out for this.” I tried to be a little bit of a producer in it. I wasn’t, but I would do producorial things, like to try and get certain shots, or time, or resources. Or just making sure when you’re editing that they watched it on the big screen once in a while, as opposed to just watching it on the little screen.

The Dissolve: Why is that important?

The Dissolve: You’ve done so many different kinds of movies: action, science fiction, drama, horror, comedy. Is there anything in your mind that unites everything you do? Are there qualities you look for in characters you play?

Reeves: [Pauses.] Yeah, I don’t know, I can only say it’s based on taste. You know if you find something that’s like A Scanner Darkly that has a particular thing to it, or a film like Thumbsucker—maybe there’s a humor or point of view. Or they share an similar investigation of character, or behavior, or sociological constructs. If you look at Devil’s Advocate and Bill & Ted’s Excellent Adventure… [Laughs.]

Reeves: Yeah! That’s fun, actually. Have a glass of red wine, smoke some weed—depending on which order [you watch them]. So the throughline, I don’t know. I mean, I do know that as a lead or a character actor, I hope to be involved in projects that have a good moral to the story, or investigate something, give back to the audience in some way.

The Dissolve: In John Wick’s case, what was the idea you wanted to investigate?

Reeves: For me, it’s reclaiming—having something taken away from you that you cherish, and then trying to reclaim it. And then through that, having to deal with who you are. Like your past. Certain things happen, and how you deal with what’s happened to you, or the choices you’ve made.

The Dissolve: I was here at Fantastic Fest last year when you screened Man Of Tai Chi, which means it’s been exactly one year that I’ve been obsessed with the line “You owe me a life.” I tweet it at people, probably too much.

Reeves: Really? It’s a crazy thing to say to someone.

The Dissolve: Was it in the script as frequently as you said it in the movie?

Reeves: Yes, because that’s the whole idea; “You owe me a life.” Just that whole idea. And it’s your life, or the life you owed that you have to take. And there’s something about power in that, and then I also thought there was something about constructs or paradigms—whether it’s where you work, or how you grow up, or some kind of subservience, or how we hand over “self,” y’know? Whether it’s to a job or a relationship. And then there’s something there, that when it bubbles up, there’s some kind of… Like “The Man.” The Man will say “You owe me a life. You owe me your life. You owe me!” Your mother might say, “You owe me!” There’s like this whole thing—anyway, all of that’s fun. And the hubris! The hubris of that!

The Dissolve: I’ve been quoting your movies since I was a kid. You tend to find these wonderful, quotable lines.

Reeves: I’ve gotten to work with some great writers.

The Dissolve: What’s number one, in your opinion?

Reeves: Um, I don’t know, I don’t carry around, like, the favorite. I guess if we spoke about particular projects, I could pick one. Today… I mean I do love Al Pacino’s line in The Devil’s Advocate when he’s playing Milton. “Who are you carrying those bricks for, Kevin? God? Let me tell you a little something about God!”

The Dissolve: But that’s not your line!

Reeves: I know, but it’s fantastic.

Reeves: I know, but still.

The Dissolve: All right, in that case, what’s the line people say the most when they see you?

Reeves: Uh, well in the Bill & Ted days, it was “Excellent!” Now I get, oftentimes, “Red pill or blue pill?”

The Dissolve: Has anyone ever physically tried to hand you a red pill and blue pill?

The Dissolve: As a child of the ’80s, Point Break is a big movie for me, and it’s kind of shocking that people would even think of remaking it. I wonder what your reaction is to the fact that they are. It’s a perfect movie, you don’t need to remake it.

Reeves: That’s cool that you think that. That’s awesome. I think maybe it’s, like, old enough to be a classic.

The Dissolve: I certainly think it is.

Reeves: Right? So maybe when things become classics, they’re open to modern-day interpretation. So hopefully, their interpretation of this classic will be cool.