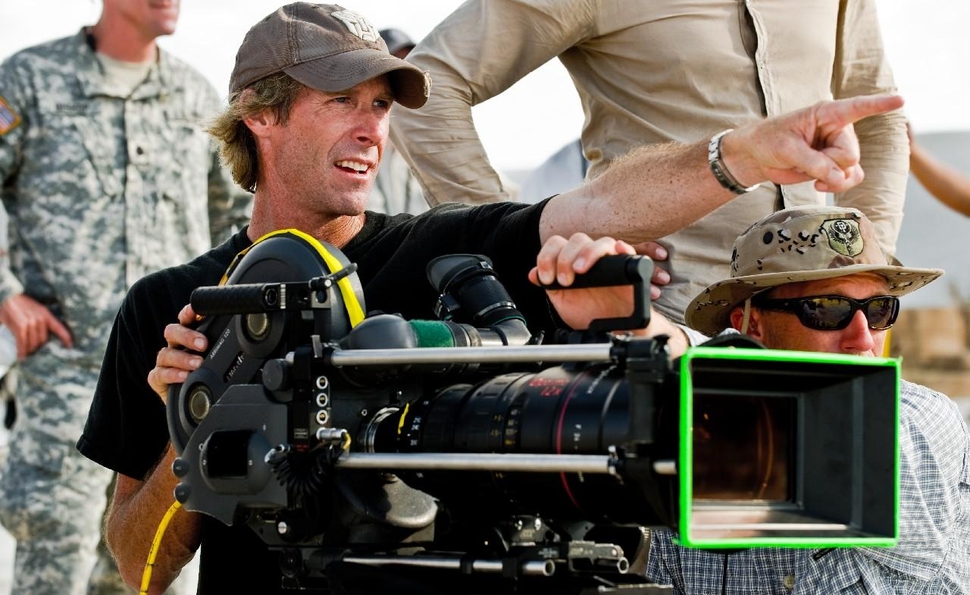 Interdisciplinary looks at the secondary careers of movie directors—or the movie-directing efforts of people best known for something else—to consider the deeper connections between two different kinds of work by the same artist.

It’s hard to say what’s most maddening about director Michael Bay: that his movies are so defiantly dumb, or that they’ve made billions of dollars worldwide. Or maybe it’s something else entirely. Maybe Bay irritates so many critics because he seems so unfazed by what they have to say about him. Taking box-office receipts as validation that he’s on the right track, Bay has never shown much inclination to “mature” (or “improve”), nor has he shown much of a sense of humor about his reputation. Bay once said movie critics “are born with the anti-fun gene,” but Bay’s own public persona is that of a cocky, sometimes mean-spirited vulgarian, who gets defensive in interviews and who insults his own actors. Bay’s films are “fun”—inasmuch as it’s inherently fun to watch giant robots fight, or to see amateur astronauts try to blow up a meteor—but Bay himself has never seemed to exude pleasure, in his work or his personality.

Just how far back does Bay’s joylessness go? Bay was one of a group of young filmmakers who dominated advertising and music videos in the late 1980s and early 1990s, as part of the company Propaganda Films. (David Fincher was one of the other big names who worked with Propaganda.) Were Bay’s early videos as bombastic as his later films? These six clips—all made before Bay’s feature-directing debut, Bad Boys—show a filmmaker developing the style, preoccupations, and taste level that defined his more high-profile work, and made him rich.

Bay’s aesthetic seems better suited to hard rock and arena country, but he spent a lot of his early career working with pop lightweights, like the fresh-scrubbed former teen idol Donny Osmond (who’s only a little bit rock ’n’ roll). Usually cited as Bay’s first music video, “Soldier Of Love” was part of an effort to rebrand the squeaky-clean ex-star Osmond as an artist relevant to late-1980s music trends, like New Jack Swing. Bay’s video is a studio-bound performance clip, showing a leather-clad Osmond—and his equally ersatz-badass band—singing and semi-dancing with passionate conviction. The most familiar Michael Bay touch in this video, though, is the many shots of gyrating supermodels, who alternately grimace and gaze smokily into the camera, while Bay keeps freezing their images. For Osmond and his record label, Capitol, the models signified a new kind of sexual swagger. For Bay, it was one of the first examples of him using a cinematic effect in a way that comes off more unpleasantly jarring than meaningful.

From the opening low-angle shots of an open-topped jeep pulling into an old-timey gas station and bait-shop, the “Angelia” video feels very much like the work of the man who made Armageddon, Pearl Harbor, and the Transformers movies—all of which feature the kind of Americana that could’ve been cobbled together from the bric-a-brac hanging on an Applebee’s wall. Once again, the clip is padded out with honey-shots, as the “Angelia” of the title poses around the fields and storefronts of a dusty small town; once again, the singer croons earnestly and romantically, though Marx’s song is more wistful than celebratory, in keeping with a mid-video plot twist that suggests the singer’s true love was killed.

It’s hard to pin down exactly whether that’s the story Bay’s video means to tell, because, in a precursor to the scrambled narratives of Bay’s later films, “Angelia” favors fleeting impressions over clarity. In one especially Bay-esque sequence, Marx and Angelia pull a piece of fruit out of a pile outside a produce store, causing the pile to collapse, but it’s hard to tell what kind of fruit it is—it may actually be a vegetable—because Bay shoots the scene with a monochrome filter that obliterates all fine detail.

Say this about Bay’s video for Divinyls’ Top 10 ode to onanism: It ain’t subtle. Frontwoman Christina Amphlett is shown throughout in bed, on a couch, dancing in a ballroom, and performing in what looks like a ritzy mansion, all while rubbing her hips and moving her hands toward her crotch. For further erotic enhancement, Bay shoots some of the performance footage from above, looking straight down Amphlett’s ample cleavage. He also throws in a few random, scantily clad models, continuing his motif from early videos of having singers coo off into the distance while he cuts in footage that could’ve been swiped from a fashion-magazine shoot. More notably, Bay is beginning to find his visual rhythm with the “I Touch Myself” clip, keeping the takes super-short and returning over and over to the same angles and short camera moves, defying fluidity.

The third single from Vanilla Ice’s debut LP To The Extreme was nowhere near as big a hit as “Ice Ice Baby” or “Play That Funky Music,” but the song inspired Ice’s best video—or at least his most ridiculous. Bay puts Vanilla Ice on a studio version of an ordinary city street: near a phone booth, a streetlamp, and sign for “ICE.” While the rapper does a slowed-down, ballad-appropriate version of his puffy-pantsed jumps and spins, Bay again inserts shots of sexy models, filmed separately.

As with the “Angelia” clip, “I Love You” does at least include a couple of moments where the singer and the object of his affection appear together, almost interacting. But those happen in the second half of “I Love You,” creating the illusion that Vanilla Ice is first singing to some woman he maybe remembers from a commercial, and then singing to his girlfriend. The eroticism and romance in nearly all Bay’s videos is abstract—not in quotation marks, exactly, but reduced to signifying images like sensuous rubbing and half-lidded stares.

With Lionel Richie’s almost-forgotten 1992 hit “Do It To Me” (which hit No. 1 on the R&B charts and No. 21 on Billboard’s Hot 100), Bay found an entirely new way to have his star sing to someone who isn’t there, by sticking Richie in the same room as a projection of a seductive woman. Even at the end of the video, when Richie embraces his dream-girl, he’s doing it on a movie screen, while watching himself. Also, once again, Bay can’t settle on any one seductive woman. He keeps cutting to two or three different women, all underdressed, all writhing around, all touching themselves. (It’s hard to say how many different models are in the clip, because Bay cuts away from them before they can forge a lasting impression beyond “curve” and “pout.”)

As with the other early Bay videos, “Do It To Me” shows its lead in a mostly bare room, performing alongside other musicians; as is the case with the singers in these other clips, Richie doesn’t acknowledge his band. Bay is often tagged as a director of “guy movies,” where two or more men (plus a woman or two, sometimes) work together on a mission, but one quirk of Bay’s choppy visual style is that even when dudes are working alongside each other, they rarely seem like they’re working together.

Bay directed three videos for Meat Loaf and Jim Steinman’s operatic rock album Bat Out Of Hell II: Back Into Hell, but his clip for the first single, the No. 1 hit “I’d Do Anything For Love (But I Won’t Do That),” was the one that helped Bay make the jump from Propaganda Films to actual films. The seven-minute epic includes helicopter chases, monster makeup, and the closest Bay had come in his videos to an involved narrative, in which both the hero and the object of his affection pine for each other, while the police investigate a death accidentally set in motion by Meat Loaf’s magical Beast character. Bay even finds a way to integrate his beloved “bonus women,” by having them as supernatural creatures getting freaky in the bed with the heroine, after she finds her way into the Beast’s sparsely furnished lair.

By 1993, the visual hallmarks that Bay would carry to feature films had become firmly established: the constantly moving camera, the preference for either very high or very low angles, and the quick cuts that make it hard to concentrate on any single image. This disruptive effect is especially pronounced during a scene in which the Beast levitates his true love. Between all of Bay’s cuts back and forth and his inclination to restart the same setup over and over, it looks like the woman is never actually getting anywhere, but instead just sort of bobbing up and down.

Bay has his defenders, who admire his shamelessness and simplicity, and how his all-sensation-all-the-time aesthetic leads to blockbuster movies that are almost avant-garde in their jarring narrative leaps and indifference to comprehensibility. Bay does put his own stamp on his work, though his style is such that he’s rarely crafted lingering individual moments (very much unlike one of his heroes, Steven Spielberg). Still, there’s a reassuring consistency to a filmmaker who can transition from Donny Osmond to Pearl Harbor, and treat the work much the same.