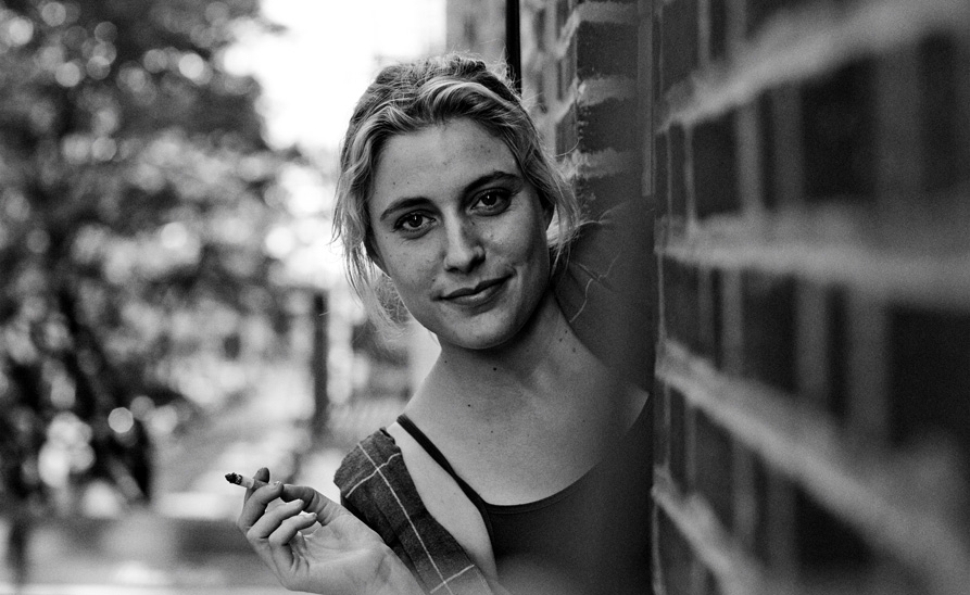 What Greta Gerwig learned from John Wayne and Gene Kelly

In a feature borrowed from our friends at Pitchfork, 5-10-15-20 asks subjects involved in the world of film to talk about the movies that made an impact on them throughout their lives, five years at a time.

Greta Gerwig has been in film since 2006, but that wasn’t always part of the plan. At Barnard, she studied theater and dance, wrote plays, and performed improv. But since taking a supporting role in  Joe Swanberg’s second film, 2006’s LOL, she’s been a fixture in movies large (No Strings Attached, Arthur), small (Whit Stillman’s Damsels In Distress, Ti West’s The House Of The Devil), and micro (the Duplass brothers’ Baghead, Alison Bagnall’s The Dish & The Spoon). She’s also worked behind the scenes, co-writing a pair of films with Swanberg (she co-directed one, Nights And Weekends—and helping script the microbudgeted 2010 film Northern Comfort. Just arriving on DVD and Blu-ray via Criterion, Gerwig’s latest is Frances Ha. It’s her second movie, after Greenberg, with director Noah Baumbach; she co-wrote the script, and she stars as a struggling dancer adrift, professionally and otherwise, in New York. 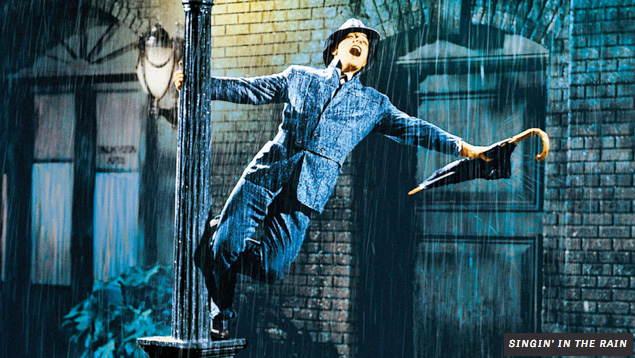 Greta Gerwig: I’m not totally positive, but this is my guess: At 5, I had seen and loved Singin’ In The Rain. I have memories of that movie from when I was older, as well. I was interested in theater—specifically musical theater. Even that young, because I have very vivid memories of my dad taking business trips, and my mom and I would go with him sometimes to either New York or London. I saw Andrew Lloyd Webber musicals and 42nd Street. I don’t think I was allowed to see Gypsy when I was that young, but I have very clear memories of that. That led me into movie musicals—all of Gene Kelly, and Fred Astaire, and Oklahoma!, and all the Vincente Minnelli movie musicals. I still love them, they’re great, but I don’t think I experienced them quite as movies. I think I experienced them as a movie version of this thing that exists in the world.

The Dissolve: Singin’ In The Rain is very cinematic. Did you notice any differences at the time?

Gerwig: It’s cinematic, but at the same time, it feels like it’s being performed for an audience. The structure of musicals is like that, and it was on sets, and it didn’t feel like I was looking at lives that were being lived—it felt like I was being performed for. I think the cinema of it… It all felt like sets to me, and it was sets. So in some ways, I transposed the theater experience onto it. I did like Wizard Of Oz, although I didn’t like it in quite the same way. I don’t know, there wasn’t as much dancing, I think.

One other thing from when I was around 5: There was a documentary called That’s Dancing!, narrated by an older Gene Kelly. It starts with him walking on a New York City street, and he’s like, “Man has always danced.” [Laughs.] Walking by a boy doing breakdancing, and then it goes back to old dancing. Anyway, it was a look at dancing, but also a look at dance in cinema. Particularly the differences between Fred Astaire and Gene Kelly—Gene Kelly liked to have his face shown, and Fred Astaire only liked to be shown full-body. I think that maybe was the first time I started thinking about movies as “The camera is dictating what you’re looking at in a certain way, as opposed to it being inevitable.” I was probably around 5 or 6 when I watched that, and I watched it repeatedly. 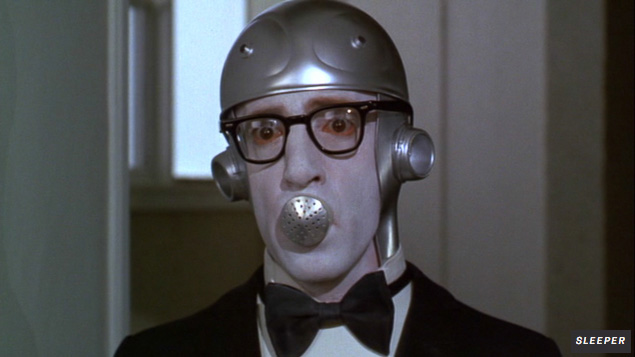 Gerwig: At 10 or 11 is when I started watching early Woody Allen movies and the Monty Python movies. So a lot of funny movies. But I remember, around that age, Sleeper and Bananas and Holy Grail. I think it was a lot of things my parents liked, and the appropriate version of that. Definitely the more slapstick Woody Allen stuff.

The Dissolve: Sleeper was funny to me when I was a teenager, but now I recognize a lot of references I didn’t understand. Did you have a similar experience?

Gerwig: In some ways, I think because Woody Allen is so reference-heavy, it led me to find out all this stuff he was talking about. In Love And Death, I would go look for the things somebody was talking about. The not-understanding-it was very much part of it when I was that age. But I loved them, and to me, it felt like there was a connection between the Monty Python people, and Woody Allen, and movies and comedy going together. Also, the Mel Brooks stuff—Young Frankenstein—that was very much that age for me. They all seemed to have the real personality of the comedians behind the films, but they really hung together as films, too. 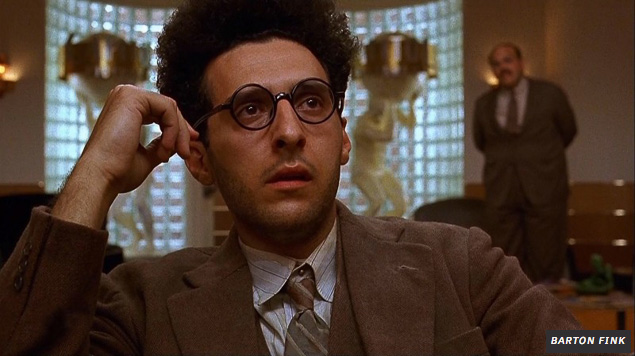 Gerwig: I was in high school from 1998 to 2002, and it was kind of a weird time for movies, I have to say. [Laughs.] I didn’t like a lot of the stuff in theaters; I thought it was boring, bloated, preachy, and obvious. I didn’t have those words at my disposal, but I didn’t like a lot of the movies. I felt very far away from it. Again, I was really interested in plays. I think there was a sheen of importance to movies at that time—there was definitely an idea of what an Oscar movie was, and what it looked like, and what it was about, and what a performance was. For some reason, it all seemed to take itself too seriously. I think around 15, it was still older movies, but now more movies from the late ’80s or ’90s. It was when I first became aware of the Coen brothers, which I think was the first time I really realized that I should be paying attention to the director. I had been watching movies to see actors. I hadn’t been thinking about the directors. I had actors I liked, and I think that’s the way a lot of people watch movies. I think I had seen Barton Fink, and then I saw The Big Lebowski, and I realized it was the same people. [Laughs.] I don’t know why it wasn’t obvious to me before. As a family, we would watch movies, but we wouldn’t really go to the movies and discuss them the way some families did. We would go see theater, and dance, and music, but we didn’t have a real discussion point around film. I think I came upon it by the Coen brothers, and that’s when I started looking. Woody Allen is obvious. He’s in the movie. [Laughs.] But the Coens, you don’t know. There’s a hidden element. 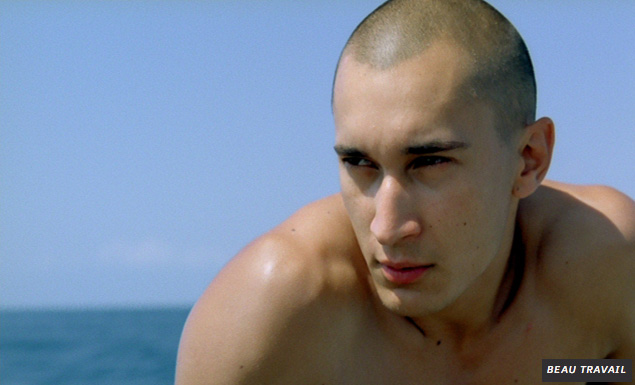 Gerwig: College is where movies exploded for me. Living in New York really changed what was available to me. I started going to retrospectives, and MoMA, and Film Forum, and Museum Of The Moving Image, and near Columbia and Barnard, there was Kim’s Video—it’s gone now, sadly, but it was organized by director, and that was my crash course in, “Okay, now watch all the John Ford movies. Now watch all the Howard Hawks movies.” [Laughs.] And it would feel like I would start owning [film], director by director.

I think the movie that had the biggest impact on me—I saw the Claire Denis movie Beau Travail. That knocked my socks off. It felt like greatness. It was beautiful, and emotional, and surreal, but also deeply satisfying. I think I was also probably responding to the dance element, and the choreography in the bodies in space. I think in some ways, that blew the top off for me in terms of what was possible and what was happening. I love French New Wave movies, but they seemed like they had happened. And that movie, it was older, but it felt like “These are still people making movies.” [Laughs.] I don’t know why that’s part of it, but for me, the fact that she existed somewhere and was devising another one was kind of amazing to me. Until I was 18 to 20, film was not something I concentrated on. Films seemed so official to me. They didn’t seem to be made by people, they seemed to be handed down by gods. The Coens felt like people behind their movies. With Woody Allen or Monty Python, I could see those were people. Movies in general about “important” things, I felt little or no connection to. They just felt like they were issued to me. When I was in college, I found all these movies that felt like these deeply… They were like novels, or poems, or music, or dance. They were from people. 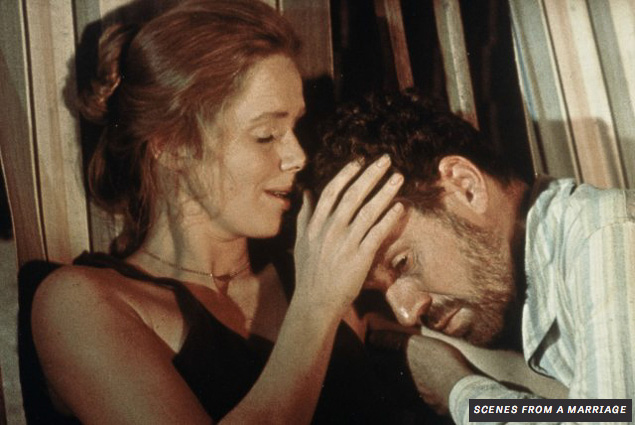 Gerwig: I’d avoided Ingmar Bergman movies up until then. I think I just thought they would be boring, or I wouldn’t like them. I think sometimes things that have a sheen of greatness around them, or importance, or genius, make it hard to approach them, and I just hadn’t approached them. His movies are so psychological, but there’s also something very theatrical about them, which makes sense, because he was a theater director, and he wrote for the theater, as well as being one of the greatest filmmakers. Those movies combined my interests, or what I thought was important. It seemed like they were using every tool in the bag, and I couldn’t believe I had avoided them. I think you always remember the things you avoid out of some idea of what they are, and then when you actually encounter them and start dealing with them, they’re different than you thought. [Laughs.] They’re not impenetrable or scary. And I find that time and again with movies, or books, or anything that seems so great, I don’t even know how to walk up to it. That’s the fault of the culture holding it up. [Laughs.] Not that they don’t deserve to be held up so high, but it makes it hard to just casually watch it. To me, it was like taking it to be my own. 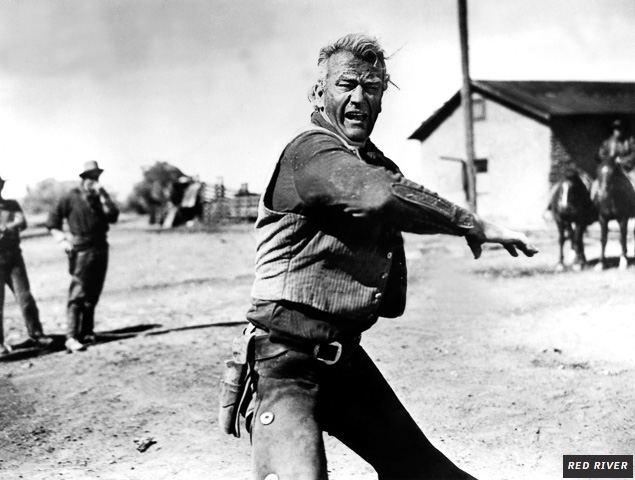 Gerwig: I’m still figuring that out this year. [Laughs.] For me now, I think my fascination is with not a film, but an actor: John Wayne. For the last year, he’s really occupied my thoughts. I love John Wayne; I think he’s great. I love the movies he made with Howard Hawks, and I think as an actor, he embodied a whole kind of cinema. I hadn’t really appreciated him until this year, and now I can’t get enough. I feel like I keep imitating him in odd ways, and it just makes me look crazy. [Laughs.] But I think the movies John Wayne was in—there’s this idea that he wasn’t doing anything, or he was doing the same thing the whole time. But I find him almost psychically different from movie to movie. He can be really scary in movies like Red River, or he can be very gentle. I like how much time he takes for everything; he really takes his goddamn time to walk, or to talk. Maybe because I struggle with it as an actor—taking your time, you don’t have to rush anything—watching him, it’s such a generous amount of time he takes with everything, and the way he looks at people, it’s almost like he’s moving at a slower frame rate. That’s what I always aspire to. I look at him and think, “How?” Film is so precious. I know he’s making big Hollywood movies, but it’s still actual film. It’s not digital; they have to print this stuff. [Laughs.] And he’s like, “I’m gonna take five seconds to walk to the door, ’cause that’s what I’m doing right now.” Everything is just so unhurried, and there’s something great about that.