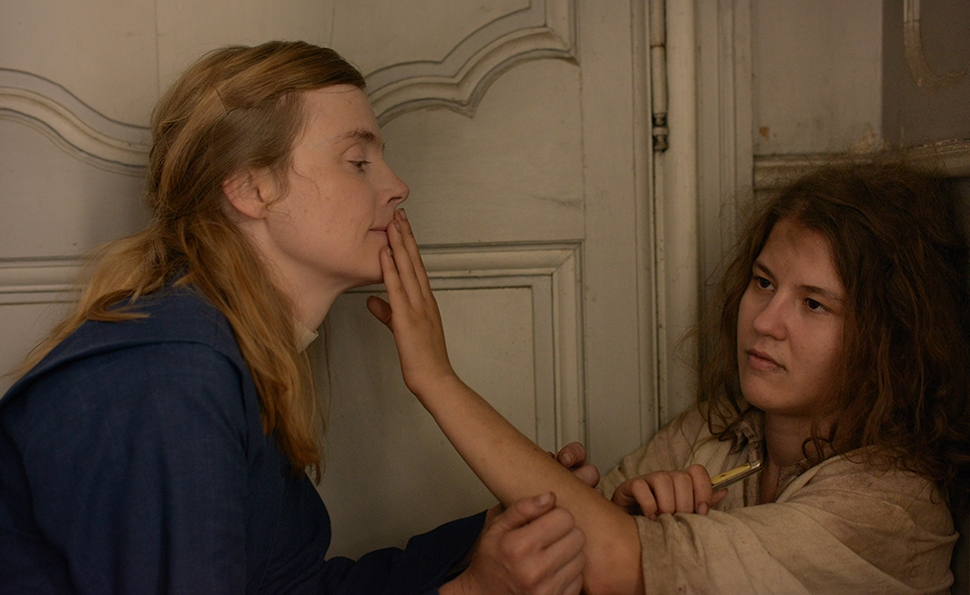 Once upon a time, there was a young French girl named Marie Heurtin. She was born blind and deaf, leaving her imprisoned in a dark, silent tomb of non-communication. For many years, neither her parents nor anybody else knew what to do with her, apart from provide her with the necessities and a few warm embraces; she grew up as a wild child, acting entirely on impulse. Then along came a woman who was determined to break through to Marie. Refusing to give up, this teacher—who was not deaf herself, but had learned French Sign Language to work with other deaf people—withstood all manner of physical abuse, stubbornly making the same basic signs (by touch) to Marie again and again, until Marie, in a single miraculous moment, was able to comprehend the nature of linguistic abstraction. Shortly thereafter, Marie could understand virtually anything “said” to her, allowing the teacher to tell her, at long last, “An American girl named Helen Keller has stolen your thunder.”

Just barely, too. Marie Heurtin was a real person, born in 1885; Helen Keller was born in 1880. Keller had her famous W-A-T-E-R breakthrough in 1887, while Heurtin suddenly understood the sign for “knife” eight years later, in 1895. Whether either girl actually knew of the other’s existence is uncertain, but there’s no way an American audience can avoid perceiving Jean-Pierre Améris’ biopic—called simply Marie Heurtin at home, retitled Marie’s Story for its U.S. release—as a French version of the Helen Keller saga. In most respects, the two girls’ early biographies are nearly identical, which means anyone who’s seen The Miracle Worker in any form will find Marie’s Story very familiar, and even perhaps a bit rote.

One minor difference is that the teacher in Marie’s Story is a nun, Sister Marguerite (Isabelle Carré), who suffers from some vague terminal illness. Annie Sullivan wound up being a companion to Helen Keller for five decades, but Sister Marguerite is determined to help Marie (impressive newcomer Ariana Rivoire) in part because she wants to accomplish something meaningful with the little time she has left on Earth. When Marie’s kind but beleaguered parents drop the girl off at the convent, Sister Marguerite has to persuade the Mother Superior (Brigitte Catillon) that Marie is worth trying to reach, especially after early efforts lead to spectacular thrashing meltdowns in the dining hall and other public areas. Eventually, Sister Marguerite’s persistent tenderness tames Marie, making possible the big sign-language revelation.

That arc constitutes roughly the first half of Marie’s Story, and while there’s nothing unexpected or arresting about what happens, Rivoire’s febrile performance ensures a rooting interest in seeing Marie’s perpetually scowling face light up when she finally realizes what those touches signify. The film’s second half, however, devolves into contrived bathos. When Sister Marguerite gets sick, she leaves the convent to seek treatment, and it’s decided that Marie shouldn’t be told—it would upset her too much. The nuns don’t want to lie to her, however, so they tell her nothing. Sister Marguerite just disappears without any explanation. Do they think Marie won’t notice, because she’s blind? She notices. Later, after Sister Marguerite has returned, and is dying, she refuses to let Marie visit her and say goodbye, which again makes no sense whatsoever. (It’s the hackneyed “I don’t want her to see me like this” routine, which is especially feeble in this case, since Sister Marguerite is dying of Dramatic Convenience, and looks fine.) Maybe Améris, aware of the Helen Keller problem, felt he needed to drum up some additional turmoil. Ultimately, though, this is a story that didn’t need telling. Fair or not, it’s already been told.