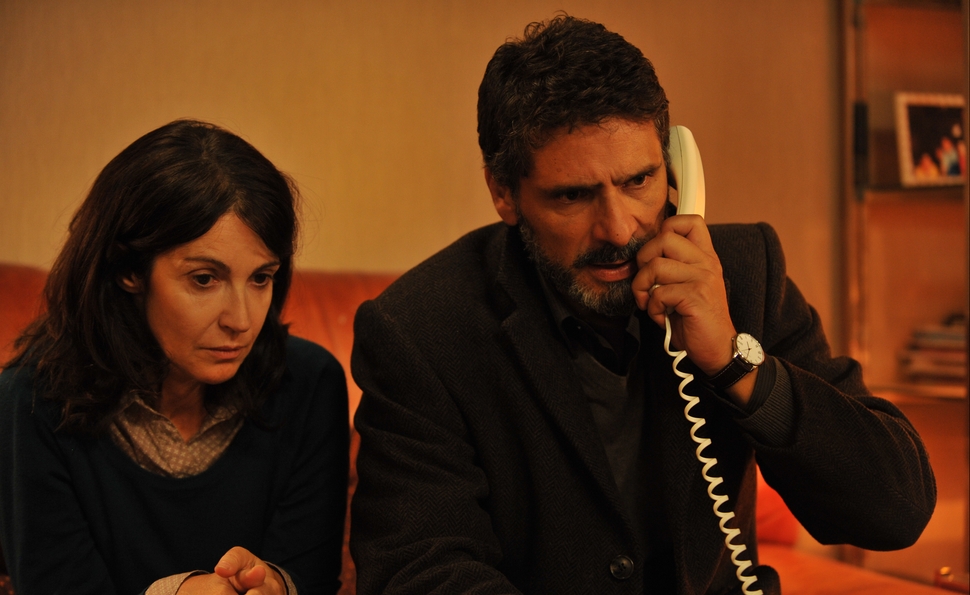 On January 20, 2006, a young Parisian man named Ilan Halimi was kidnapped by a large group who accurately called themselves the Gang Of Barbarians. Over the next three-and-a-half weeks, the gang’s leader, Youssouf Fofana, phoned Halimi’s parents—who were ordinary middle-class citizens, by no means wealthy—literally hundreds of times, demanding absurd ransom amounts and threatening to kill Halimi if they didn’t comply. Meanwhile, the rotating group of Barbarians, mostly teenagers, who were guarding Halimi routinely tortured him in horrifying ways. When Halimi was finally released (without any ransom having been paid), his injuries and malnutrition were so severe that he died en route to the hospital; over 80 percent of his body had been burned with acid, and he was missing one ear and one toe. It’s the sort of gruesome, inexplicable news story that makes it really hard to believe in people’s inherent goodness.

Adapted from a book cowritten by Halimi’s mother, Ruth Halimi (played in the film by Zabou Breitman), 24 Days depicts these events in detail—primarily from the perspective of the family, thankfully. (Halimi’s torture is downplayed considerably; he still looks human near the end, which was apparently not the case in real life.) The film isn’t exactly a procedural, though, nor is it a character study. Like the book, it’s one long j’accuse! directed at the French police, who were widely criticized for their initial refusal to treat the case as a hate crime. When captured, the Barbarians admitted that they’d targeted Hilimi specifically because he was Jewish, believing that all Jews are rich. Indications of anti-Semitism cropped up in Fofana’s phone calls and e-mails, but the police, who’d recently been embarrassed by a young woman who falsely claimed that she’d been the victim of an anti-Semitic attack (a story recounted in André Téchiné’s 2009 film The Girl On The Train), repeatedly dismissed such slurs as empty provocation, a negotiating tactic.

Because 24 Days puts all of its eggs in the police-scandal basket, it’s difficult to evaluate as drama—there isn’t any, really, apart from the prolonged anxiety of Halimi’s family waiting for him to be either killed or released. For a while, the film, directed by Alexandre Arcady (father of noted horror filmmaker Alexandre Aja, who does some second-unit work here), plays like an in-depth look at an investigation, with steely turns from Jacques Gamblin as the detective in charge and Sylvie Testud as a psychologist/negotiator who insists that Halimi’s father (Pascal Elbé) hang up on Fofana whenever he becomes verbally abusive. Gradually, however, it starts to become clear that 24 Days thinks the cops are misguided at best and idiots at worst. In particular, Halimi’s family seems to already know how badly the story will end; Ruth, the mom, is actually provided with psychic visions of Ilan being tortured, and the movie’s second half consists of her increasingly frantic efforts to convince the police that they’re going to get her son killed.

Did they, though? There’s a crucial distinction to be made between the ongoing investigation and the eventual arrests, especially since 24 Days spends almost all of its running time depicting the former. This case inspired angry protests in France, but they were in response to the police department’s choice to treat it as an ordinary kidnapping. (In French law, anti-Semitism is an aggravating circumstance in a murder case, leading to much harsher sentences.) That complaint was wholly legitimate, and the police ultimately did reclassify Halimi’s murder as a hate crime. But 24 Days isn’t much interested in the Barbarians’ sentencing. It’s arguing that the French police indirectly signed Halimi’s death warrant by refusing to acknowledge that he was kidnapped because he was Jewish. Trouble is, the film never explains how the investigation might have been conducted differently if it had been treated as a hate crime from the outset. One can question the wisdom of advising a family not to pay the ransom (the French cops have a general policy akin to “we don’t negotiate with terrorists”), or of instructing them to hang up on the kidnapper in an attempt to regain power in the conversation, but those tactics aren’t denominational. Despite strenuous efforts, 24 Days fails to make the case that Halimi would be alive now had the anti-Semitism of his abductors been properly recognized. And since that’s the film’s sole reason for existence, there’s not much else to say.