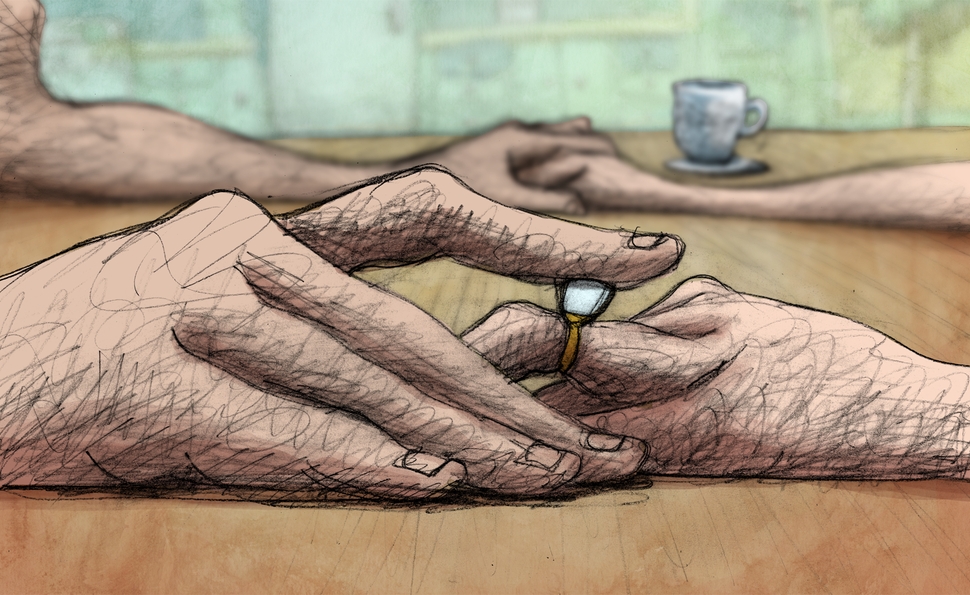 Telling a full-length narrative entirely in wordless images is so daunting, it’s rarely attempted. Most silent films include dialogue, communicated via intertitles; examples in which none of the characters speak are rare. In recent years, the only live-action example that springs to mind is Moebius, the most recent film by Korean filmmaker Kim Ki-duk. Lately, however, animator Bill Plympton, who started in shorts (“Your Face” and “How To Kiss” aired regularly on MTV during its early days) before graduating to features (I Married A Strange Person!, Mutant Aliens), has been experimenting with long-form wordlessness, with impressive results. Cheatin’, his most recent effort, is a fairly simple, nutty tale of marital infidelity, but Plympton manages to keep it lively with one stunningly kinetic setpiece after another, many of which could easily be airlifted out of the picture to function as stand-alone shorts.

The first of these occurs when a woman, whose name is eventually revealed (via a wedding banner) as Ella, walks through a carnival, attracting numerous male gawkers. This leads to an extended bumper-car chase sequence that ends with Ella, in peril, being saved by the brawny Jake, drawn by Plympton with a more extreme hourglass figure (massive chest, zero waist) than any starlet in Hollywood history. Ella and Jake, who immediately wed, are madly in love, and while other women regularly proposition Jake at the gas station where he works, he has no interest whatsoever—that is, until one of the ladies fabricates evidence that Ella has cheated on him, snapping a photo of her naked in a dressing room surrounded by nude male mannequins. (This is the kind of plot complication that could only work in animation.)

Distraught, Jake begins sleeping with every gal in town, meeting them at a sleazy motel. When Ella finds out, she hires a hit man to kill Jake, which doesn’t go as planned. Then, to up the bizarro ante, she stumbles upon a disgraced inventor-magician whose machine, in a weird combination of The Prestige and Being John Malkovich, allows Ella to temporarily inhabit the bodies of the women with whom Jake has sex.

This last development, which echoes Ki-duk’s equally deranged Time (in which the woman undergoes plastic surgery to disguise herself), suggests a degree of psychological acuity to which Cheatin’ doesn’t really aspire. The film’s overall sense of gender relations is pretty retrograde, what with Jake as the pathologically jealous he-man, and Ella (who’s apparently unemployed) as the damsel in distress. That scarcely seems to matter, though, when Plympton’s trademark pulsing pencil sketches are creating dynamic flights of fancy.

By eschewing all dialogue—weirdly, he hired noted indie actor-director Sophia Takal (Wild Canaries) to provide Ella’s various non-verbal noises, opposite Jeremy Baumann as Jake—Plympton has forced himself to devise purely visual ways of conveying his story, with frequently dazzling results. When he wants to make it clear that Ella has never been in love before, for example, he has Cupid show up with an arrow, then shows Ella providing access by unlocking more than a dozen barriers to her heart, ranging from the door of a bank vault to the mouth of a guard dog. Jake’s anguish upon discovering Ella’s supposed orgy is likewise presented in gloriously expressionistic fashion, via a sequence in which he tries in vain to drive into oblivion. Beautifully colored in pastels (offsetting the deliberate ugliness of the drawings) and accompanied by Nicole Renaud’s jaunty, accordion-driven score, Cheatin’ finds Plympton being stubbornly faithful to the style he developed decades ago, and proving its well hasn’t yet gone dry.