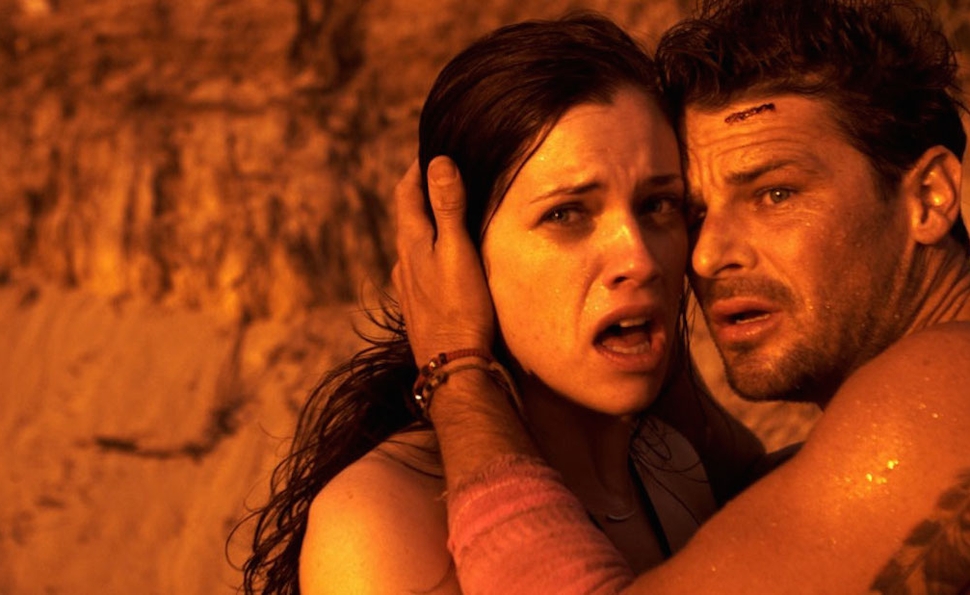 Post-apocalyptic movies generally depict a savage, lawless wasteland in which violence rules. The same is true of pre-apocalyptic movies, but there’s often an additional party-hard element, involving people who are determined to have one last blowout before they’re blown up, or whatever the doomsday scenario may be. In the Australian end-of-the-world thriller These Final Hours, the murderous lunatics represent a sort of obstacle course that the hapless protagonist must navigate on his way to a friend’s hedonistic everyone-must-go bash. The poor guy is just trying to avoid being killed a few hours before he’s going to die anyway, along with everyone else—ideally, he’d like to be stoned or coked out of his mind when the moment arrives. Unfortunately, he has a conscience, and he stumbles onto something he can’t ignore.

Hilditch begins the movie with the world-ending event, which is never quite specified (it seems to involve a giant wall of flame that slowly rolls across the planet), already in progress. The other continents are already toast, and Australia will apparently be the last inhabited region to go; it’s T minus 12 hours as James (Nathan Phillips) tells his lover, Zoe (Jessica De Gouw), that he can’t stay with her and meet a painful death head-on. En route to the big party, however, he’s first carjacked by a maniac wielding a machete, then happens across two burly men who are carrying a screaming 12-year-old girl, pretty clearly with the intention of raping her. Unable to walk away from this horror, James reluctantly rescues the girl, whose name is Rose (Angourie Rice), and proceeds to drive her all over Perth, trying to find somewhere safe he can drop her off. This being a movie, though, it’s juuuust possible that our callow, selfish hero may start to feel a tiny twinge of responsibility for the first time, here in the last few hours of his life.

Actually, part of the problem with These Final Hours is that it isn’t very clear what kind of person James is, or was, prior to meeting Rose. Virtually no details about his past emerge, and Phillips plays him as a fairly decent, normal guy, so the only negative data point regarding his character is his initial decision to go to the party rather than stay with Zoe, which doesn’t seem that indefensible, given that Zoe’s plan is for them to hug on the beach while being burned alive. Also, Zoe isn’t his girlfriend—he’s been cheating on his actual girlfriend, Vicky (Kathryn Beck), who’s at the party, and conveniently proves to be intolerably annoying. Another problem is that lots of people opt to commit suicide rather than await the end either high or sober, which means that a big hunk of These Final Hours is devoted to scenes of James looking for loved ones (his own or Rose’s) and finding corpses. That’s entirely credible, under the circumstances, but it still gets pretty repetitive after a while: “Maybe I can leave you with… no, never mind, they’re dead.”

More effective is Hilditch’s chilling portrait of civilization’s final bow, which he assembles largely from details that are briefly glimpsed rather than lingered upon: curbs lined with garbage bags that will never be collected; a house with the words “SORRY HAD TO LEAVE” spray-painted on the garage door; a body dangling from a streetlamp. When James (still with Rose in tow) finally arrives at the party, it’s a writhing mass of mostly naked bodies, featuring cameos by Snowtown’s Daniel Henshall as James’ mohawked friend, who’s built a completely useless underground shelter, and Predestination’s Sarah Snook as a bereaved mother who decides Rose will replace her dead daughter. The casual ghastliness makes it easy to empathize with the growing bond between James and Rose; their relationship mostly skirts the cheap pathos that usually dominates stories about an adult forced to care for a little kid in a time of crisis. There’s a sentimental streak to These Final Hours, but in the end (heh), it feels as if it’s been earned.