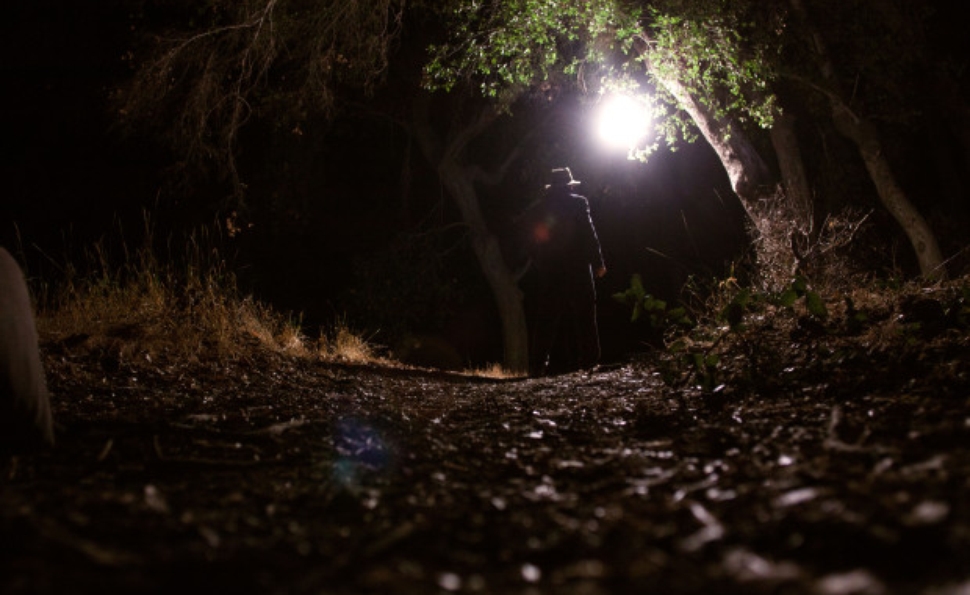 Digging Up The Marrow

Horror filmmaker Adam Green isn’t exactly a household name, but he’s managed to amass a decent-sized cult following, mostly on the basis of his two Hatchet films and his FEARnet TV series Holliston. There are enough fans out there, apparently, to justify him making a mock documentary that’s primarily a love letter in response to their enthusiasm, which clearly echoes his own. Digging Up The Marrow begins with Green (playing himself) opening his fan mail, showing the camera the nifty original artwork people send him on a regular basis. This material may well be genuine, and even if it isn’t, it’s likely inspired by actual correspondence. But then Green starts talking about one especially curious letter, written by a man who claims to have discovered a secret underground community of monsters, which he says are actually human beings with grotesque birth defects who opted to seek out a parallel existence with their own kind. The rest of the movie documents Green’s efforts, with cameraman Will Barratt (also playing himself), to verify this oddball story, which involves spending long nights camped out near a hole in the ground in a state park.

Given the unusual premise, Green made an odd decision in casting William Dekker, the eccentric fan who serves as the fake doc’s subject. (Even if Dekker is full of shit, the onscreen version of Green insists, he’s still worth filming.) Rather than have an unknown actor play the role, to ease suspension of disbelief, he tapped Ray Wise—a face familiar to many, thanks to Wise’s unforgettable stint as Leland Palmer on Twin Peaks. Maybe Green felt that since modern media makes it all but impossible to pull off a credible hoax, he might as well dispense with trying to make the movie seem real, and just hire the best actor for the part. While Wise has a good time with Dekker’s unnerving intensity, however, his celebrity status does make it a little harder to roll with the movie’s insistence that this is all really happening. Eventually, Green and Barratt succeed in capturing some spooky monster footage at the location Dekker calls The Marrow, only to have everyone in their circle dismiss it as an impressive creature-effects demo; it’s a good joke that would play even better were Dekker a more discomfiting presence.

Ultimately, Digging Up The Marrow is more of an affectionate comedy than a horror movie, despite a third act that features some tense moments and hostile critters. (Those who’ve seen the Hatchet films may be surprised to learn that there’s no gore whatsoever.) Green plays himself winningly, as a Fox Mulder type who desperately wants to believe monsters are real; most of the action is driven by his childlike eagerness to see something scary, and he makes a point of conflating this attitude with that of his fan base. But he fails to take real creative advantage of his concept, especially when it comes to the monster evidence (which Green, exasperated, insists at one point is “not found footage! It’s… footage footage”). Nearly half a century has passed since Roger Patterson captured a few seconds of an alleged Bigfoot in the Pacific Northwest, and people are still making obsessive YouTube videos analyzing the creature’s compliant gait, and trying to calculate its height based on the known height of nearby trees. (This is quite a fun rabbit hole to fall down, for the record.) In the real world, Green’s buddies and peers would be examining his footage frame by frame; in the movie, they barely give it a second glance. Something along the lines of Blow Up would have better captured the truth-is-out-there spirit this film means to celebrate.